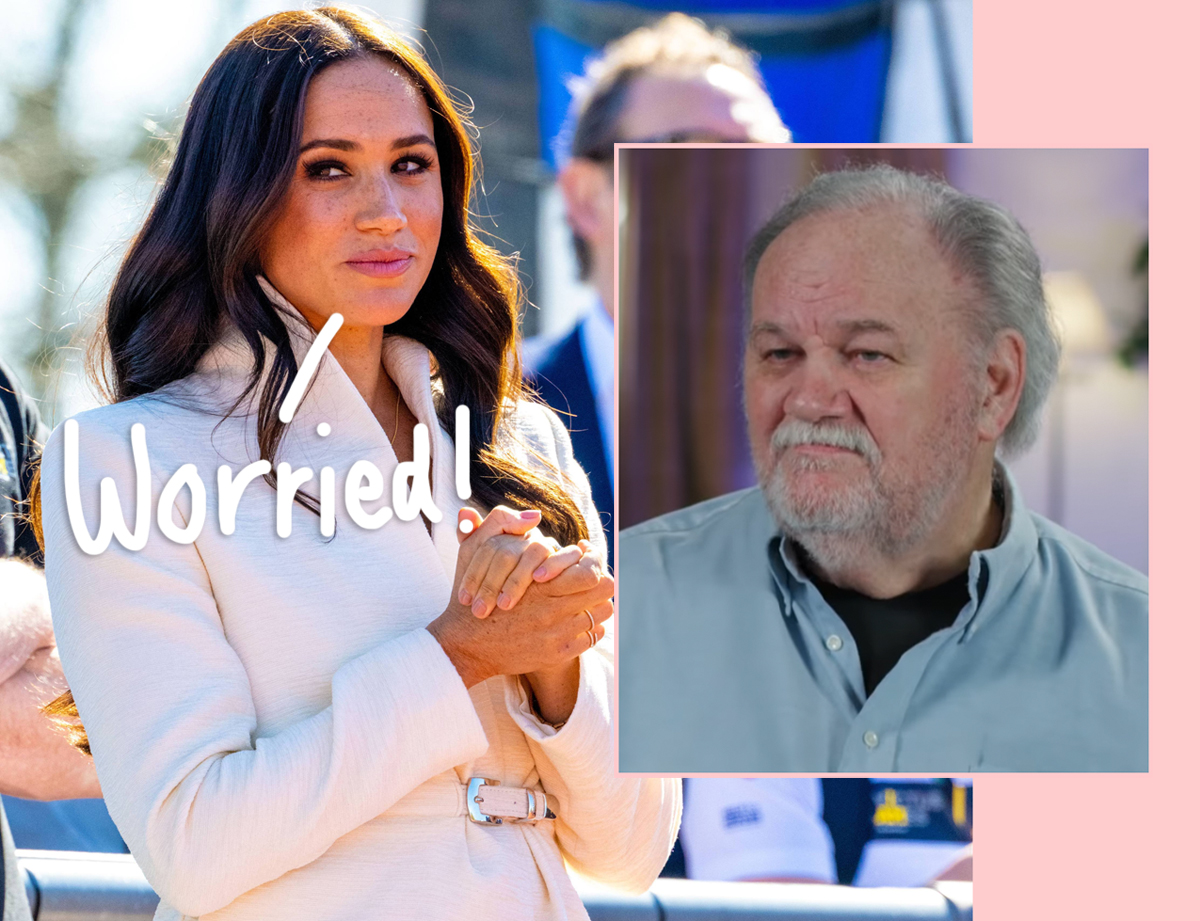 Is Meghan Markle trying to reconcile with her estranged father in the wake of his stroke?

In case you missed it, her dad Thomas Markle was rushed from Mexico to a hospital in San Diego on Monday night after suffering a serious stroke that left him without speech just days before he was supposed to attend Queen Elizabeth’s Platinum Jubilee. Innerestingly enough, the hospital was only a couple of hours away from Meghan’s Montecito estate. But while it was unclear whether or not the 40-year-old contacted her father amid his medical emergency, reports have now come out that she has been trying to contact him to “heal” their years-long rift.

An insider shared with The Mirror that Meghan reached out to Thomas’ camp after he left the hospital following five days of treatment, saying:

“Despite their estrangement, Meghan is concerned. She wants to know if there is any way to contact her father privately, without other family knowing about it or having to get involved.”

That would most likely be because of her half-sister Samantha Markle, who has made it very clear her disdain for Meghan and even blamed her for everything! As she previously told Dailymail.com when the news of his stroke broke:

“It’s a travesty how much he’s been tortured and how much he’s had to go through thanks to my sister’s disregard the past few years. That is unforgivable.”

Damn!!! So with this in mind, the Mirror source noted that the Duchess of Sussex does not want to interact with her siblings while trying to extend an olive branch to Thomas at this time:

“Meghan can’t contact her half-siblings because she believes they have their own agendas. If she can contact their dad, she wants it to be totally private. It won’t involve Netflix, it won’t involve any photographs and it must not involve any tip-offs to the paparazzi.”

Meanwhile, Thomas has since been released from the hospital, expressing to Dailymail.com on Sunday that he is thankful “to be alive” and still has “an uphill battle” with his recovery:

“I feel hugely grateful and know how lucky I am to be alive. I want to thank everyone, especially the wonderful doctors and nurses who saved my life. They are angels. I have been deeply moved by loving messages I’ve received from all over the world. People have been so kind. I can’t speak right now, but I am working hard and will thank people properly when I can.”

His son Thomas Markle Jr. also shared how the former lighting director has already been “making great progress,” all thanks to the help of a speech therapist. He added:

“I will be here for Dad and do whatever it takes to help him on his road to recovery. It’s been a terrible shock for everyone, but Dad is a strong man.”

Who knows what may come out of this! Perhaps, Meghan and Thomas will finally reunite once and for all following this scary ordeal! But despite their messy situation, we hope that he has a speedy recovery.