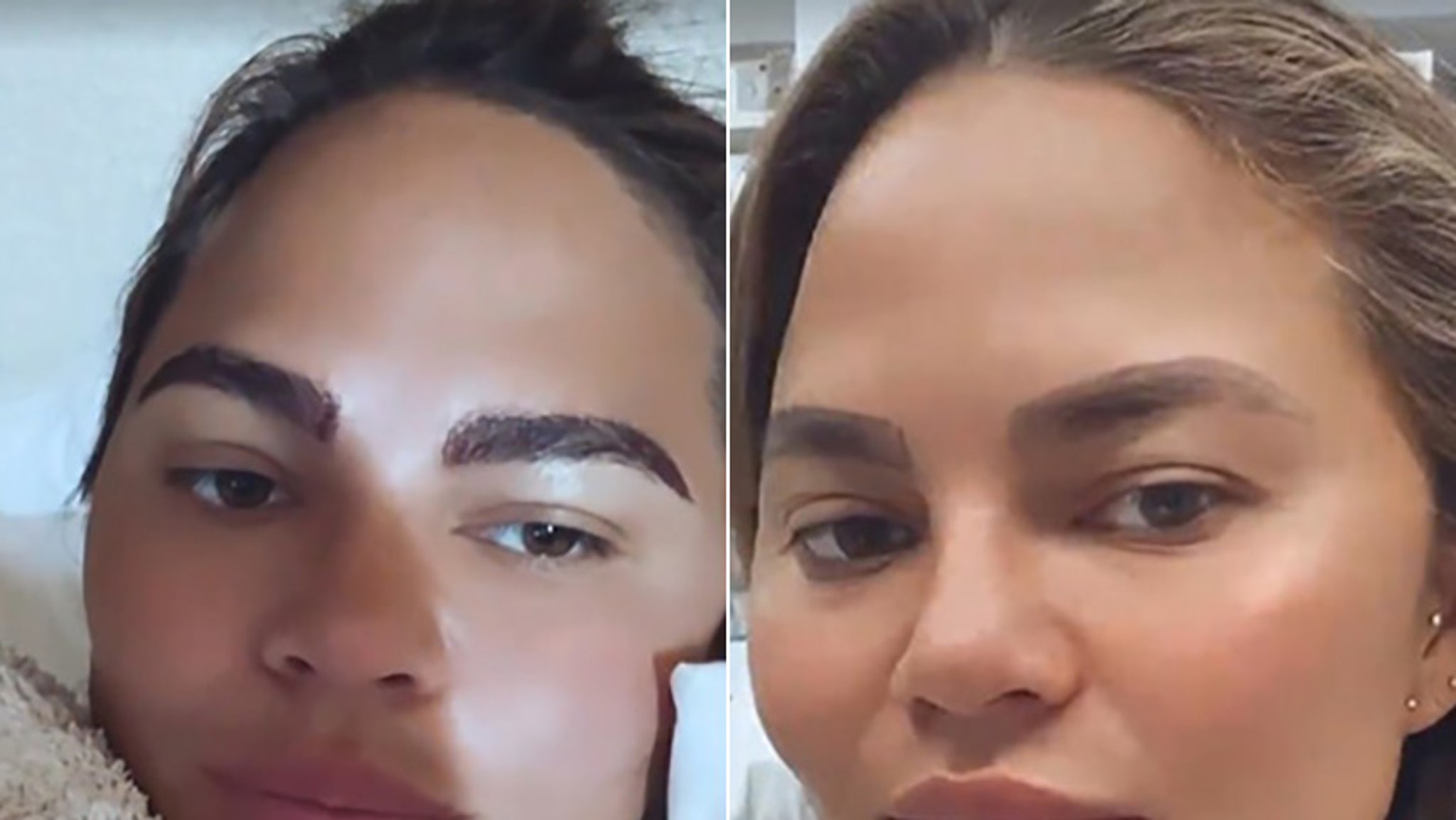 See where doctors got the hair from.

Chrissy Teigen has never been shy about sharing every detail of her life, and that’s exactly what she did with her latest cosmetic procedure.

A little less known than the traditional beauty operations many celebrities undertake, Teigen shared that she had just completed “eyebrow transplant surgery.” Now, this doesn’t mean she transplanted eyebrows from someone else, but rather doctors went elsewhere on her body to get hair to relocate to her brows.

The supermodel jumped on her Instagram Stories to share the aftermath of her procedure, captioning an image of her new look. She also explained that the decision to go with this particular surgery was because she actually tries to avoid wearing makeup.

In a post later in the day, Teigen explained why she found herself here with a word of caution to today’s teens, writing of her own eyebrows, “Do not pluck them all off like I did.”

She’s clearly enjoying the new look, as she shared a few short video clips of her checking out her new, thicker brows and one after she’d colored them in with pencil. All in all, while it may be a more involved medical procedure, it looks far better than getting eyebrows tattooed on.

As for where the hair comes from to make these new brows, Teigen shared that the doctors actually grabbed it from the back of her head. The transplant involves taking the entire hair follicle and relocating it to the eyebrows, per WebMD.

She spent the bulk of the day reacting to the backlash she’s received from her recent “Squid Game”-themed party, with social media critics saying that it was tone-deaf for someone in her wealth bracket to pay tribute to a show all about wealth inequality.

She wound up going so deep into the weird world of the website that she found an article about lugers bulges, declaring that “y’all are way f—— weirder than me.”

Indicative, though, that the backlash she’s receiving may actually be getting to her, in the midst of her Buzzfeed deep dive, Teigen shared a screenshot from a morning news program about the backlash she’s experiencing with the caption, “I cannot handle this.”