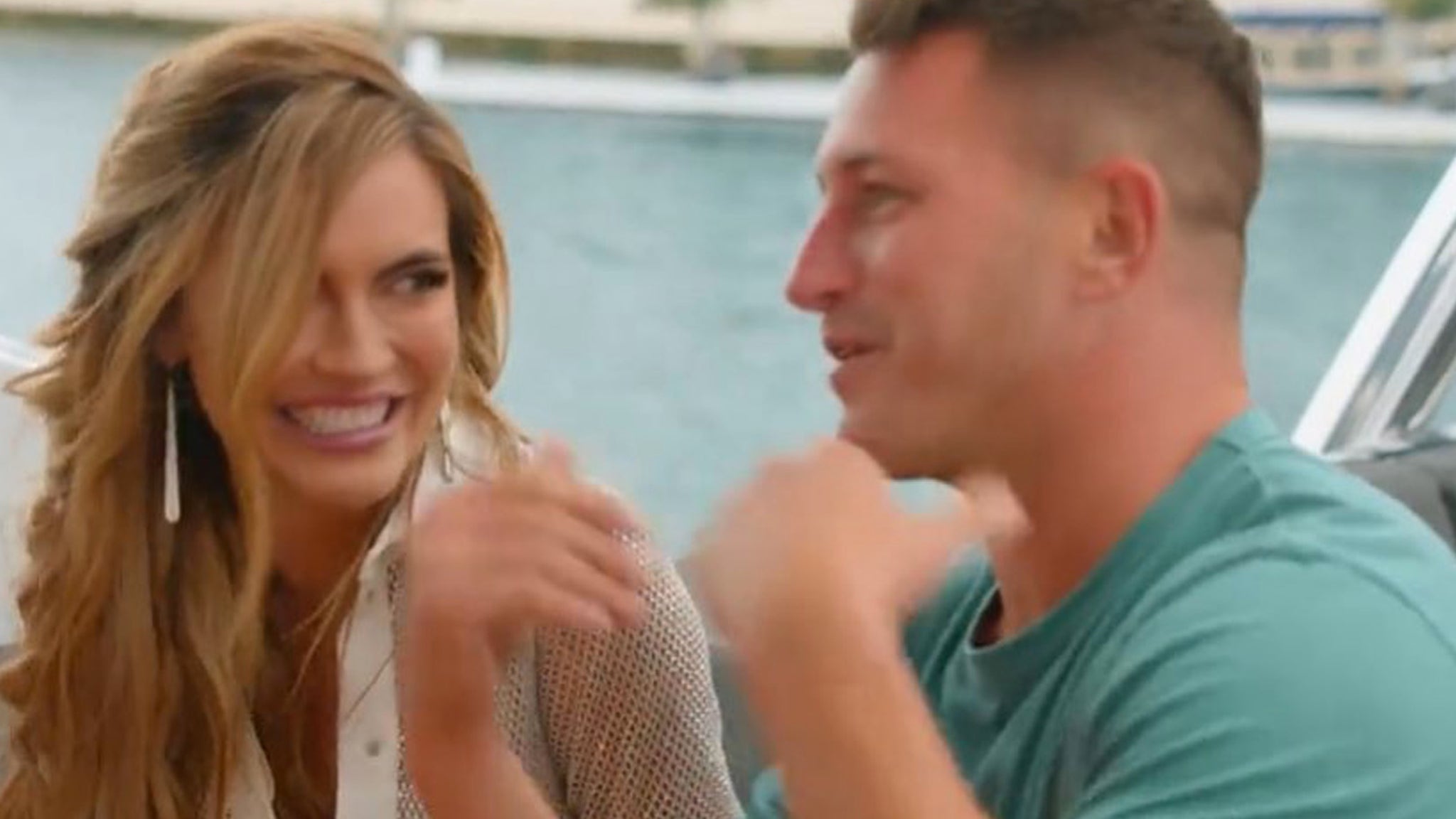 “I was single. You were rude. It wasn’t a match. Let’s all move on please.”

Chrishell Stause is telling her blind date gone wrong to stop tagging her in his social media posts.

An episode of season four of Netflix’s “Selling Sunset” featured Chrishell going on a blind date with Robert Drenk that went south. The reality star was dancing on a yacht with her coworkers when Drenk suddenly picked her up and carried her away from the girls all while keeping her from leaving.

On Wednesday December 15, Drenk took to Instagram to create a post that included his side of the story after his “Selling Sunset” feature painted him in a bad light.

“I was setup on a blind date back in June that was filmed for Selling Sunset season 4,” he captioned a screenshot of the two on their date. “My friends @therealtarekelmoussa and @heatherraeyoung had spoke with @chrishell.stause and she was interested in going on a date. I guess ‘Selling Sunset’ film crew overheard and wanted it for the show.”

After her shout out, Chrishell requested that Drenk stop tagging her in his endless posts about their failed blind date in a comment sharing her perspective. Robert had also alluded that Chrishell had been secretly dating her co-star, Jason Oppenheim, when they had gone on their date.

What Not To Do On A Blind Date*

“I would have understood if you were nervous and acted differently because of that,” Stause wrote. “I originally enjoyed meeting you until I started to see things I didn’t vibe with. But picking me up & then not getting up to let me out was not great.”

She continued, “Cameras didn’t see but I’m glad you mentioned, then you were also very rude to me when I went to say that it was nice to meet you & say goodbye. I wish you all the best and it sucks this all went so downhill. But tagging me in multiple posts on multiple platforms to trying to defend behavior that isn’t defendable isn’t it.”

Chrishell concluded her statement by confirming her dating status at the time, “I was single. You were rude. It wasn’t a match. Let’s all move on please.”

Drenk was quick to reply to the 40-year-old’s comment and wrote, “Obviously I’m defending my position as are you, You’re trying to make it seem like I threw off bad vibes when you just admitted on twitter that 5 days after filming, while in Vegas you ‘hooked up’ with Jason so it’s obvious my attempt to sweep you off your feet could not be well received.”

“I don’t think you’re sincere or honest and I don’t appreciate you trying to make me look like someone I’m not,” he stated.

“Oh I ASSURE you, if I had hooked up with the entire west coast the next week, nothing you did is what would have swept me off my feet at any point,” Chrishell clapped back.

She concluded, “At some point I hope you can get there and see that wasn’t great. And you are making yourself look this way by defending acting like a cave man.”

This exchange was not the first time the two have blown up on social media. Earlier this month Drenk responded to a Twitter post where he claimed that the real reason the date had gone south was due to the fact that Chrishell was in a secret relationship with Oppenheim.

The “Selling Sunset” star responded to the tweet and admitted that while she did hookup with her current boyfriend a few days after their date, she was single when she had gone on the date and urged Robert to “take the L.”

Drenk then claimed that Stause was “rude from the first second I stepped on the boat,” and concluded his statement by adding, “If that’s how you meet men on dates it explains a lot and trust me I took the W.”