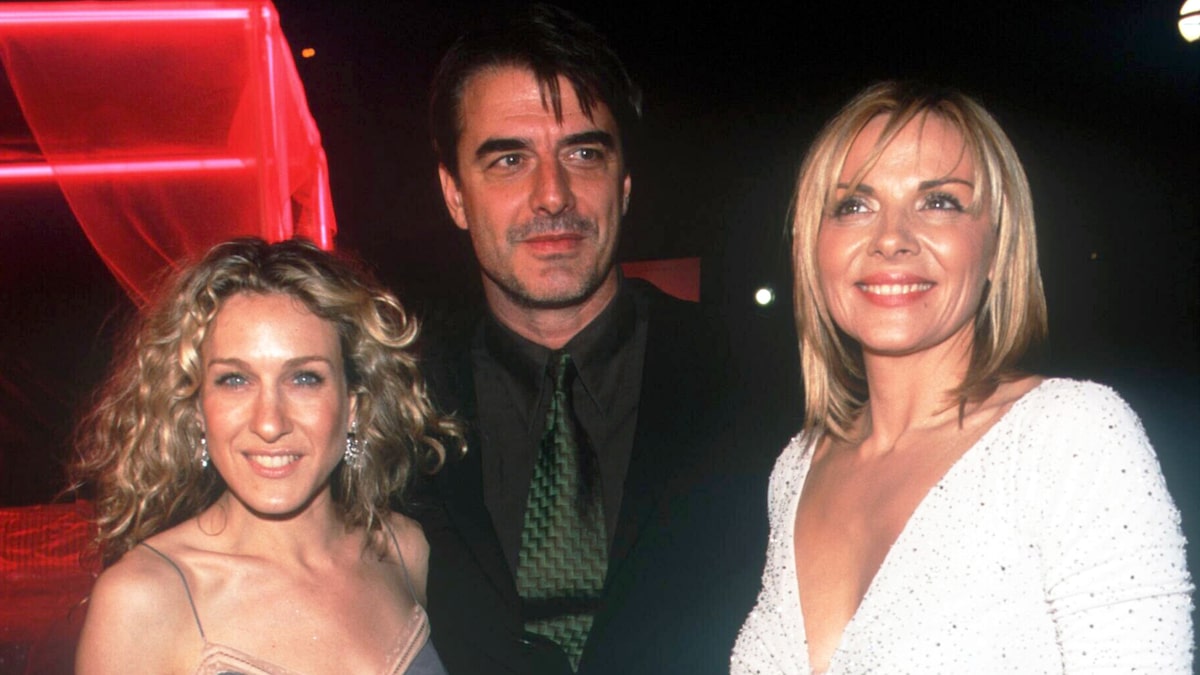 Actor Chris Noth is opening up about tensions between his “Sex and the City” co-stars Sarah Jessica Parker and Kim Cattrall.

The stars worked together on the hit show, with Noth and Parker playing on-screen couple Mr. Big and Carrie Bradshaw. Kim portrayed one of Carrie’s best friends, Samantha Jones, alongside Cynthia Nixon as Miranda Hobbes and Kristin Davis as Charlotte York.

While most of the “SATC” cast is returning for the new reboot “And Just Like That…”, Kim has chosen not to join the project.

The Guardian asked Chris why he thinks she made that decision. He said, “I have to tell you, I have absolutely no idea what her thinking is, or her emotions.”

The 67-year-old went on to address negative comments Cattrall has made about Parker in the past, saying,  “I do know that I’m very close with SJ and [Cattrall’s] descriptions of her don’t even come close.”

Carrie Bradshaw & Friends Are Back in New ‘And Just Like That…’ Trailer!

Noth said of Cattrall, “I liked her, I thought she was marvelous in the show, and some people move on for their own reasons. I don’t know what hers were. I just wish that whole thing had never happened because it was sad and uncomfortable.”

He insisted, “I just don’t like to see anyone talking down about SJ because she’s a target and people can be nasty. I feel very protective of her and I was not happy about that.”

Back in January, SJP teased the new series on social media with a trailer.

While she tagged co-stars Kristin and Cynthia Nixon, in a promo teaser, Sarah Jessica did not tag Kim, sparking an Instagram user to write, “they dislike each other.”

In response to the comment, SJP replied, “No. I don’t dislike her. I’ve never said that. Never would. Samantha isn’t part of this story. But she will always be part of us. No matter where we are or what we do. X.”

In 2018, Parker cleared the air on rumors about Cattrall, telling “Extra,” “This isn’t a catfight.” She added, “I remain grateful for her work and the role she played on and off camera for all the years we spent together.”

Meanwhile, Kim laughed off questions about “Sex and the City” while promoting “Filthy Rich” in 2019. Watch!

“And Just Like That…” premieres December 9 on HBO Max.