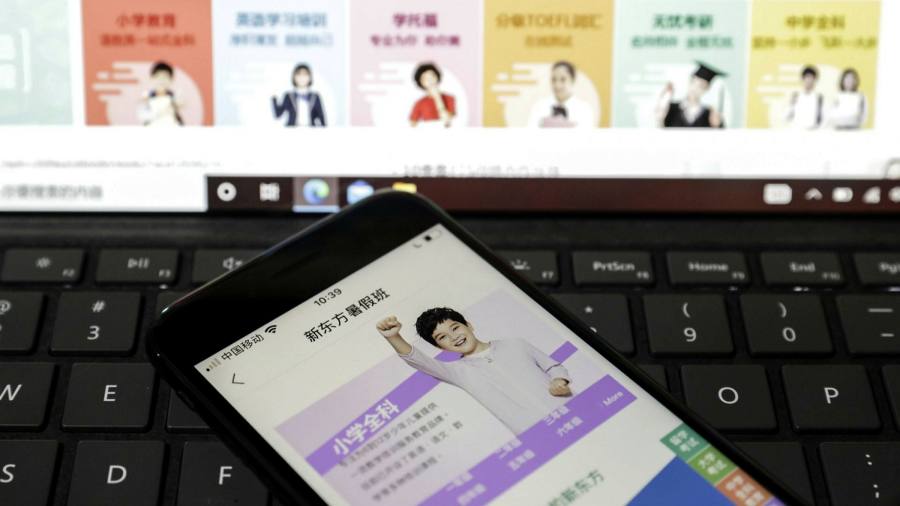 Yu Minhong, chair of the New York-listed company, said it had laid off about 60 per cent of its workforce in the wake of the ban but “with everyone’s hard work, the company managed to survive and preserve some strength”.

New Oriental has lost 90 per cent of its market value, in common with other US-listed Chinese online education companies, since the ban, which was part of a broader government effort to reduce childcare costs and help boost the country’s low birth rate.

“In 2021, New Oriental faced too many misfortunes from factors like policies, the pandemic and international relations,” said Yu.

Before the ban, New Oriental had more than 5m children enrolled in after-school courses, but has since seen revenues fall by 80 per cent. It has pivoted to find new revenue streams, including summer camps, dancing and drawing classes and establishing courses for overseas foreigners to learn Mandarin.

Ekaterina Kologrivaya, co-founder of Edtech Expand, a Beijing-based consulting start-up, said that New Oriental had been the quickest of all the online tutoring companies to adapt to the regulations. “It still has a strong brand and has been leveraging that to develop new products,” said Kologrivaya.

Yu urged his employees in the WeChat post to be “bold” and find “new business opportunities” that align with major policies that are “still changing”.

On December 31, authorities in Beijing and Shanghai released new guidelines on prices for non-profit core curriculum tutoring, saying hourly fees for online classes for one student should be set at Rmb20 ($3.14), in a sign that the government will soon permit online classes to restart.

But as one father of a 14-year-old boy in Shanghai, who did not want to share his name, noted, “it will be very difficult to get good quality teaching at these low prices”.

He said the regulations had pushed Chinese parents to switch to foreign competitors to New Oriental, several of which had been targeting the Chinese market by offering classes from overseas, but in Beijing time. “There isn’t much the authorities can do, all you need is a VPN connection,” he said, referring to the digital backdoor route used to circumvent China’s censored internet.