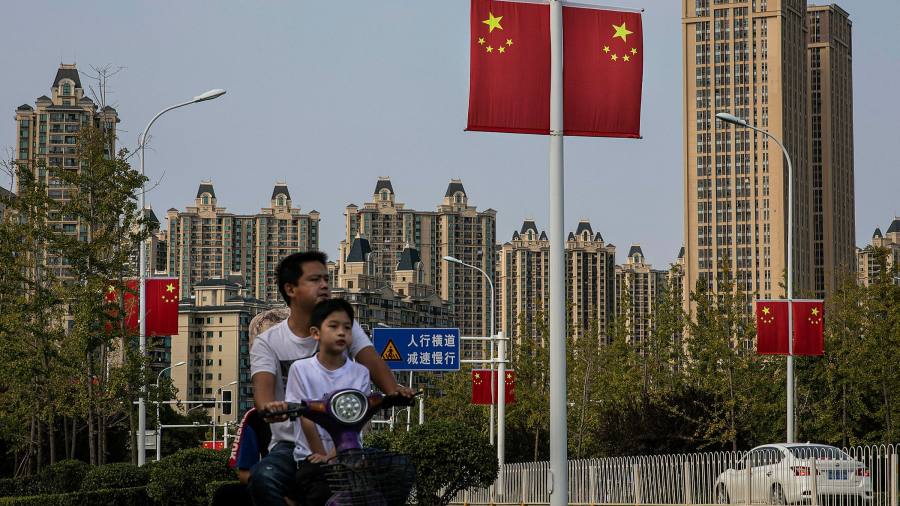 Chinese creditors have sued China Evergrande for more than $13bn in allegedly overdue payments, as domestic companies owed money by the embattled developer race against offshore bondholders to secure repayment.

A Chinese court assigned to handle civil lawsuits against Evergrande has accepted 367 cases with claims totalling Rmb84bn ($13.2bn), according to official records reviewed by the Financial Times. The claims were submitted between August 24 and December 9, when the group was declared to be in “restricted default” by Fitch Ratings.

Analysts said the timing of the claims demonstrated that domestic creditors had lost confidence in the ability of Evergrande, the world’s most highly leveraged developer, to pay off its debts well before the default declaration.

“Creditors are racing to take Evergrande to court so they can be in a better position to get their money back in the event of a debt restructuring,” said Bo Zhuang, a Singapore-based analyst at Loomis Sayles, an asset manager. “This is especially true when not all borrowings are treated equally.”

The influx in creditor claims began when the central bank criticised Evergrande management in August over its debt crisis, triggering a collapse of the group’s sales and further restricting its access to financing. Days later, Evergrande warned that it was at risk of default.

Evergrande reported sales of Rmb15.3bn in the three months to November 30, according to CRIC, a Shanghai-based consultancy, compared with Rmb228bn during the same period last year.

The unravelling of Evergrande has shaken global markets and raised concerns about a spillover in the property sector, a crucial driver of growth in the world’s second-largest economy.

Officials have warned state banks not to help overleveraged developers such as Evergrande, but directed them to issue credit to less indebted property groups in an effort to relieve the pressure on the real estate sector. The industry is estimated to account for about one-third of total economic output in the country.

“There is no way we can repay so many creditors with our limited resources,” said an Evergrande executive, who asked not to be identified. “We will let judges decide who gets paid and how much.”

Evergrande has also issued offshore bonds totalling $19bn. International creditors will be competing against domestic creditors to secure repayment from the cash-strapped group.

State banks have been Evergrande’s most aggressive creditors. More than 40 lenders, ranging from “big four” Chinese banks such as the Agricultural Bank of China to small regional lenders, are pursuing overdue loans totalling Rmb22bn, according to court records.

A government policy adviser said banks’ exposure was worse than indicated because many were reluctant to make their potential losses from Evergrande public by taking court action. “The fall of Evergrande will have a larger-than-expected impact on China’s financial system,” the adviser said.

State-owned construction groups are pursuing Evergrande for Rmb16.4bn, complicating a push by the government to ensure the group’s existing projects are completed. Many of the projects have been funded by prepayments from homebuyers.

“We can’t carry on with construction when our workers haven’t been paid for months,” said an executive at Hefei Construction and Engineering Group in central Anhui province, which is suing Evergrande for Rmb229m in missed payments.

Shadow lenders, including trust companies and manufacturers that lent money to Evergrande at high interest rates, are also fighting to recoup their loans.

According to court records, 19 of the cases are “underground lending disputes” involving non-traditional creditors including hotels, metal traders and pharmaceutical firms.

A person familiar with Evergrande’s borrowing from the shadow banking sector said the developer and its subsidiaries began turning to private loans — some with annualised interest rates as high as 73 per cent — from cash-rich local businesses in April. “Evergrande had run out of other options,” the person said.

As lawsuits mount, creditors face uncertain prospects for recovery. The central government has established rules for corporate restructurings but political factors, such as intervention from the local governments, influence the process.

“The top priority for local authorities is to make sure all Evergrande projects [in their city] are completed and local creditors get paid,” said the person familiar with Evergrande’s borrowings from shadow lenders. “They don’t mind doing so at the expense of other creditors.”