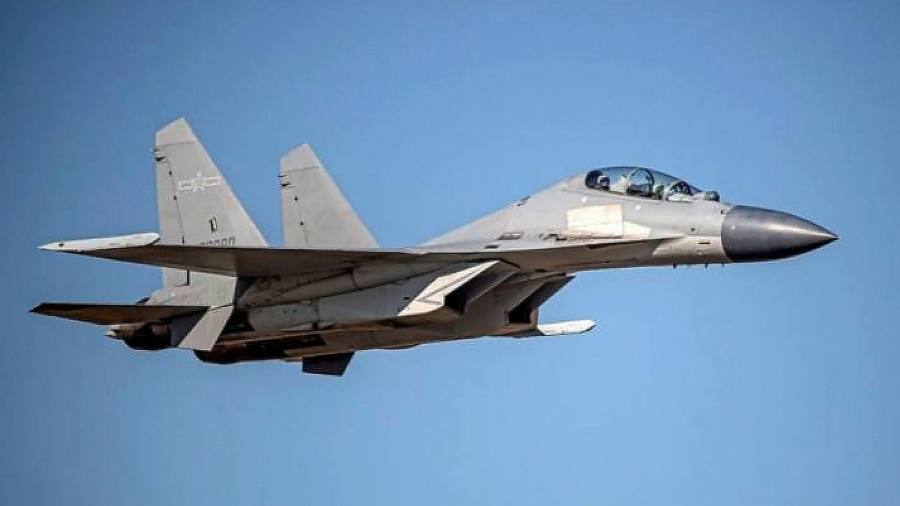 Military tension around Taiwan increased on Monday as China sent a record 52 warplanes into the country’s air defence identification zone after the US and five of its allies held a large naval exercise east of Taiwan.

The incursion, announced by Taiwan’s defence ministry on Monday night, included 36 fighters and 12 nuclear-capable bombers. It marked the third time in four days that the People’s Liberation Army set a new record for flying into Taiwan’s air buffer zone, bringing the total number of such flights to 145 since Friday.

Taiwanese officials said that although it appeared the Chinese military aircraft that entered its air defence buffer zone on Monday were engaged in an exercise aimed at the US and its allies, the scale of the PLA’s activity near Taiwan had reached a dangerous level. “This is getting close to the brink of conflict,” one senior official told the Financial Times.

According to a statement from Japan’s Maritime Self Defense Force released earlier on Monday, the navies of the US, Japan, the UK, Canada, the Netherlands and New Zealand conducted a large exercise involving three aircraft carriers and 14 other warships on Saturday and Sunday south-west of Okinawa.

Two people familiar with the situation said the Chinese aircraft were simulating attacks on some of the naval vessels that had participated in the joint drill and were on their way home or to new missions.

The soaring tension comes as the US and several of its allies and partners are stepping up military co-operation in the Indo-Pacific in response to China’s increasingly aggressive use of its growing military capabilities.

Aukus, the new security pact announced last month under which the US and the UK will equip Australia with nuclear-powered submarines, will enable the Australian navy to operate across the region to help deter China. Beijing has denounced the deal.

China claims Taiwan as its territory and threatens to invade it if Taipei refuses to submit to its control.

An air defence identification zone extends outwards from a country’s sovereign airspace and is designed to give defence forces more time to identify and respond to an air attack.

The PLA has been sending military aircraft into Taiwan’s ADIZ on an average of 20 days a month since Taipei began making the incursions public in September last year. While there are many days when only one or two early-warning or anti-submarine warfare aircraft enter the zone, activity typically picks up and includes fighters and bombers when Taiwan is engaged in foreign exchanges or when there is US military activity nearby.