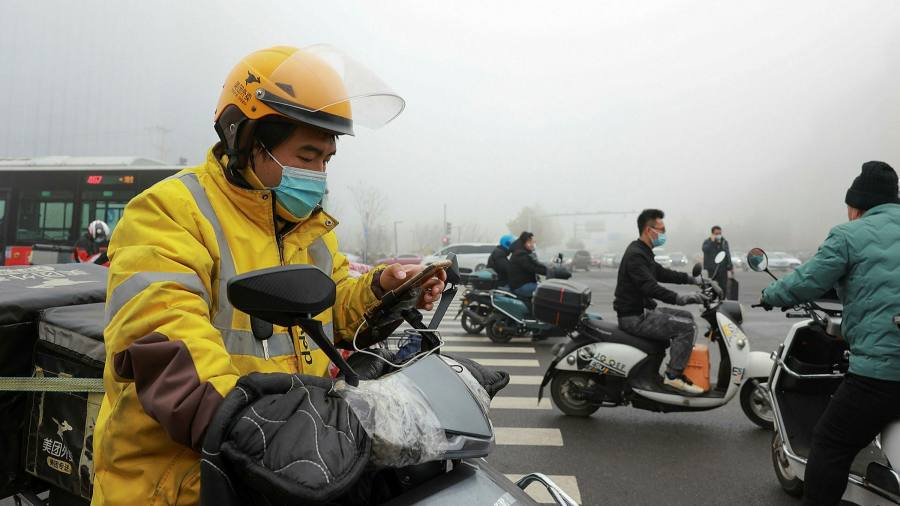 Carbon dioxide emissions in China have fallen for the first time since last year’s lockdown, the latest signal the property sector downturn and energy shortages have hit industrial demand in the world’s second-biggest economy.

Emissions declined by about 0.5 per cent in the three months to the end of September, according to data published by Carbon Brief, a climate research and news service.

“The reasons [for the decline] are the clampdown on runaway real estate lending, resulting in a sharp reduction in steel and cement output, and the sky-high coal prices,” said Lauri Myllyvirta, an analyst at the Centre for Research on Energy and Clean Air, an independent research group based in Helsinki.

However, Myllyvirta also believes the latest drop in emissions in the world’s largest polluter “could mark a turning point and an early peak in China’s emissions” — years before Beijing’s target of 2030.

The third-quarter emissions decline this year follows the sharpest increases in a decade as Chinese factories, construction and heavy industry roared back to life last year, riding a wave of pandemic stimulus spending.

In early 2020, Chinese industrial activity ground to a halt in response to the coronavirus crisis that first emerged in Wuhan, causing emissions to plunge.

China’s real estate sector, estimated to account for as much as one-third of overall economic activity, has been struck by a liquidity crisis. A clutch of indebted developers — including Evergrande with $300bn in liabilities — are teetering on the brink of bankruptcy, stoking fears of systemic risk and economic contagion.

Beijing is loosening credit controls to stop the sector collapsing. Still, there are few signs such moves are spurring a sustained recovery in industries such as steel and cement. And the Carbon Brief data also suggested the downward trends would only steepen in the final quarter.

Crippling energy shortages led to power rationing across parts of the country, including the north-east industrial areas and the high-tech manufacturing sites in the south.

“The one thing to watch out for is whether those industries that are still seeing strong demand will ramp up output to make up for lost time once the electricity rationing eases,” Myllyvirta said.

The country’s per-head emissions are about half that of the US. But as the world’s factory responsible for about 30 per cent of global greenhouse gases, Beijing’s emissions reduction plan is seen as critical in winning the fight against climate change.

The data was released as international debate rages over China’s role in responding to climate change. President Xi Jinping has set a target of carbon neutrality by 2060. The task is immense with fossil fuels comprising 85 per cent of the country’s energy mix.

At the UN COP26 summit in Glasgow this month, China was castigated, along with India, for weakening efforts to end coal power and fossil fuel subsidies. Critics, including the US government, are pushing Beijing to act faster.