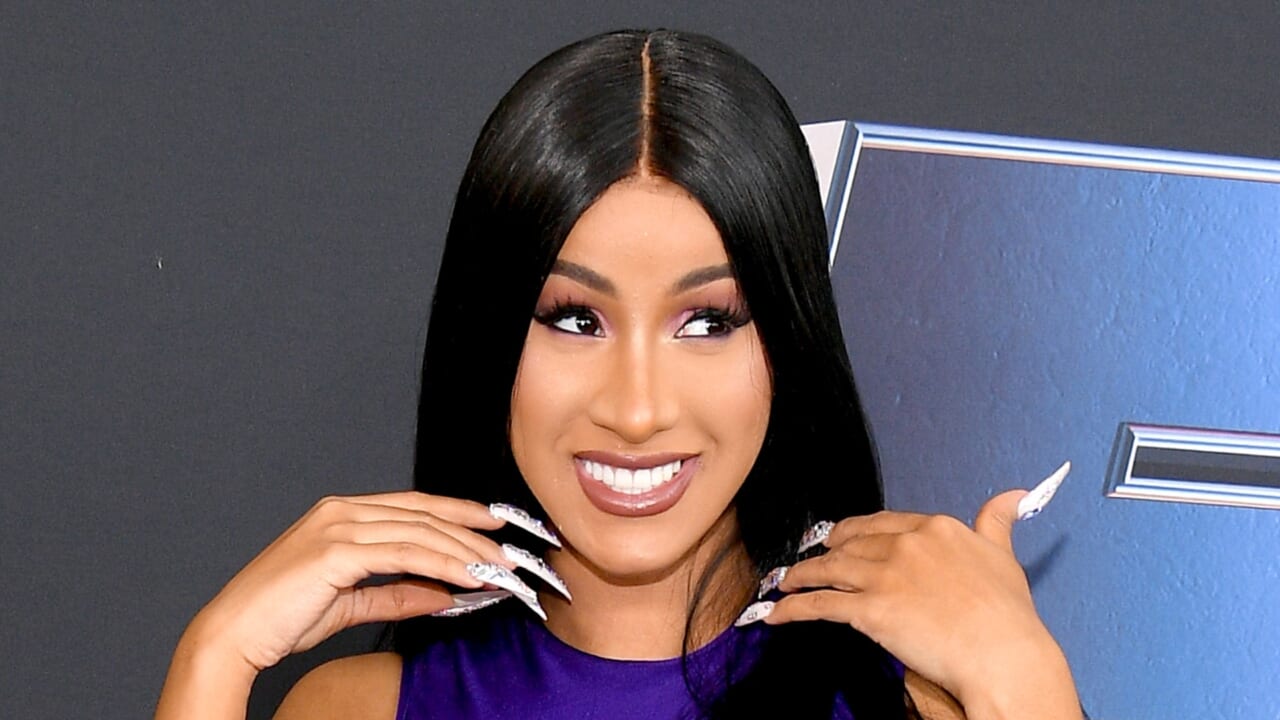 After receiving unfavorable reactions from sharing a photo of her natural hair, Cardi B went off on her haters in typical Cardi fashion.

“Why everytime I post my natural hair I hear ‘you’re MIXED you’re supposed to have long hair,’” said the “Bodak Yellow” rapper in an Instagram post on Saturday.

The half Trinidadian, half Dominican rapper, who helped curate the first female-led hip-hop soundtrack for the upcoming Halle Berry film Bruised, said that she has always had difficulty managing her hair since childhood and has tested different methods to see what works best for her.

“Since I was a child I have problems with managing my hair and couple years ago I find different methods that work for me and look at my length now,” she continued, sharing several photos of her hair throughout the years. “They’ll try to make us believe our hair won’t grow this long it’s not true.”

She told fans to embrace their natural hair texture and find a routine that works for them.

“A lot of hair products we used back then wasn’t good for our hair but that’s all we had to choose from also we couldn’t afford to get to the salon regularly, if at all,” said Cardi about how the luxury of going to a hair salon wasn’t always afforded to minorities with coarse hair.

“Now everybody is getting better options, making affordable GOOD products, learning from natural hair YouTube and tiktok about how to care for our hair better,” she added.

The rapper ended the post encouraging her followers to watch her hair journey on a highlighted Instagram story thread.

Cardi is known for using her social media platform to address social issues and politics, including her interview with Senator Bernie Sanders during the 2020 U.S. presidential campaign, when the two spoke about coronavirus and gun control. She also spoke against police violence against Black Americans, and about the need for criminal justice reform at the height of the George Floyd protests.

Of course, Cardi is always extremely vocal when addressing criticism from the public. In early March, the rapper got into a heated debate with conservative pundit Candace Owens after the commentator denounced her and fellow female rapper Megan Thee Stallion’s performance of “WAP” at the 2021 Grammys.

“I don’t know why Candy is so bothered by ‘WAP’,” said Cardi in a Twitter response to Owens calling her “disgusting” and a “cancer cell poisoning the minds of young Black girls.

“I hope you speak more about ‘WAP’ I need it to reach a new Audience to go 6x platinum,” Cardi responded to Owens.

The two continued to exchange words, with Cardi calling out Owens for espousing the necessity of archaic gender roles. The exchange eventually ended with the two firing off remarks about each other’s relationship and marital status.