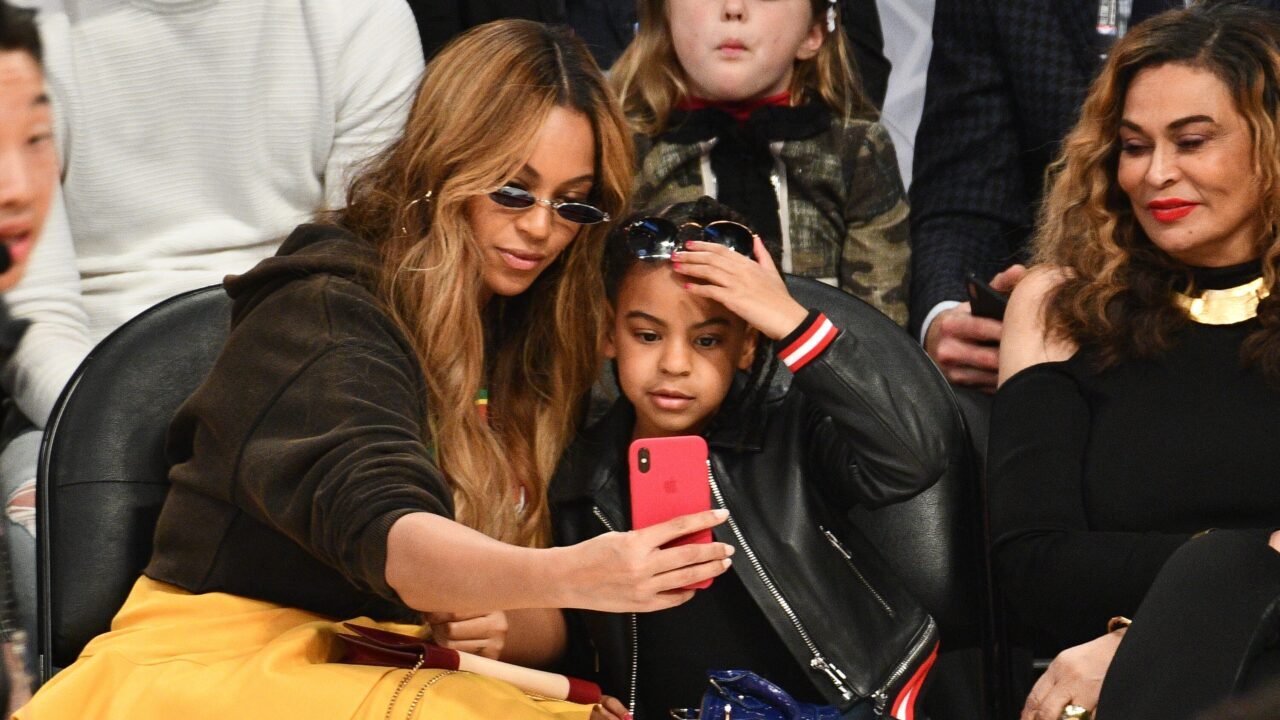 “Beyoncé and Jay-Z’s Daughter Blue Ivy Carter Is All Grown Up in New Birthday Photo” proclaimed an E! News headline last Friday, as the eldest of the Carter children reached a new milestone—her 10th birthday. Indeed, Bey and Jay’s firstborn has grown, appearing to nearly match the height of Tina Knowles-Lawson in a photo posted by the matriarch in celebration of her granddaughter’s ascension into the double digits.

“Blue gives the best advice like a grown person. I sometimes forget that she is so young!!!” noted Knowles-Lawson in a caption which closed in tribute to her “Sweet, Beautiful Baby Blue.”

“OMG she is so tall and beautiful!…She’s a young woman already!!!” read one comment on the post. Another remarked that Blue is now “a whole little woman,” while still another characterized 10-year-olds as “sassy and sophisticated.”

Admittedly, it’s remarkable to reflect on how quickly a decade has passed—it seems only yesterday we were watching Beyoncé’s baby heir flaunt her baby hair and afro while getting in “Formation” with her famous mother. But while it might be cute for a doting grandmother to compare Blue’s height and wisdom to that of an adult, the public’s urge to prematurely label her or any other prepubescent Black girl “all grown up” isn’t so cute. However complimentary it may be intended, doing so inadvertently reinforces a narrative that consistently matures Black girls (and boys) well beyond their years, often with disastrous results.

While comments and headlines may seem innocuous on the surface, there is a growing field of research on the dangers of “adultifying” Black girls. Most notable is Georgetown’s pioneering 2017 study Girlhood Interrupted: The Erasure of Black Girls’ Childhood (pdf), which produced the first data demonstrating how Black girls are regularly perceived as more “adult-like” than their white peers.

“The assignment of more adult-like characteristics to the expressions of young Black girls is a form of age compression,” explained Dr. Monique W. Morris in the report. “Along this truncated age continuum, Black girls are likened more to adults than to children and are treated as if they are willfully engaging in behaviors typically expected of Black women. This compression [has] stripped Black girls of their childhood freedoms [and] renders Black girlhood interchangeable with Black womanhood.”

This manifests in myriad ways, all of which are detrimental to both the development and safety of our girls. At home, there may be the expectation that Black girls behave like surrogate mothers to younger siblings or family members—an issue exacerbated in this country by a persistent lack of affordable childcare. At school, it may become evident through disproportionate discipline or Black girls being stereotyped and/or summarily dismissed as unruly, unladylike or threatening, often by the same teachers tasked to guide their academic progress. Most concerning is that in projecting adult characteristics onto children, there is the inherent risk of sexualizing them, creating a dynamic that makes them more vulnerable to abuse and/or exploitation.

“Ultimately, adultification is a form of dehumanization, robbing Black children of the very essence of what makes childhood distinct from all other developmental periods: innocence,” Georgetown’s study surmises.

Blue Ivy may be well-insulated from the adult-like expectations and imaging being placed upon her child-sized shoulders, but our communal tendency to do so is a habit we should break for the sake of all Black girls. While we may be unable to control the perceptions a white-centric world may have of our children, as a community, we have the opportunity—and responsibility—to provide a safe haven in which they are allowed the space to fully inhabit and enjoy their already too-brief childhoods.

What does this look like in practice? Not only checking our physical treatment of Black girls but the way we talk about them as well, allowing them to become young women in their own time rather than forcing an already encroaching future upon them prematurely. Resist the temptation to anticipate the adult characteristics in a child’s growing body, however innocent the intent. Recognize the dysfunction in lauding an extremely privileged 10-year-old Black girl as “all grown up” while silently allowing her not-so-privileged counterparts to be characterized as “fast.” Most importantly, remain conscious of the nuances of that messaging and how it may be interpreted and internalized by malleable young minds—because, like Black lives, our words matter.

Childhood is fleeting; innocence is, too. Our sweet, beautiful babies deserve to remain that way as long as they possibly can.

Maiysha Kai is theGrio’s Lifestyle Editor, covering all things Black and beautiful. A veteran model, stylist and musician, her work is informed by two decades’ experience in the fashion and entertainment industries, a love of great books and aesthetics, and the indomitable brilliance of Black culture. A former New Yorker currently residing in her hometown of Chicago, Maiysha is also a Grammy-nominated singer-songwriter and author-editor of an upcoming YA book on body image. Prior to joining theGrio team, she was managing editor of The Root’s lifestyle and literary content.