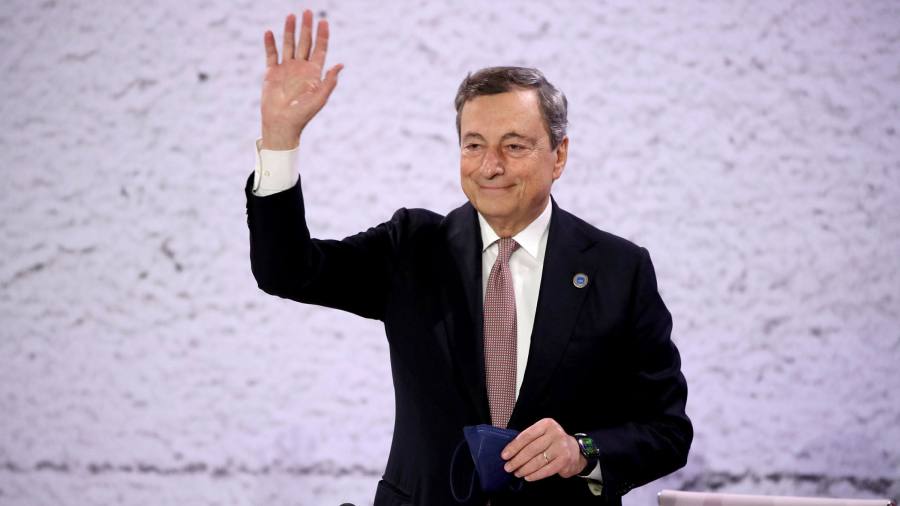 Brussels has warned Italy to rein in government spending growth and pursue a “prudent” fiscal policy next year as the European Commission flags budget risks in high-debt economies.

In its annual review of EU member states’ budget plans, Brussels found that Rome had not sufficiently limited the growth of its “nationally financed current expenditure” in its 2022 budget and urged it to take the “necessary measures” to address the overshoot given its debt-to-GDP ratio of more than 150 per cent.

“Given the level of Italy’s government debt and high sustainability challenges in the medium term before the outbreak of the Covid-19 pandemic . . . it is important to preserve prudent fiscal policy in order to ensure sustainable public finances,” the commission said.

The verdict is a setback for Italian prime minister Mario Draghi, who came to office this year with a promise to help repair strained relations between Brussels and Rome over budget targets. The former European Central Bank chief has set out an ambitious plan to revamp Italy’s economy in return for billions of loans and grants from the EU’s recovery and resilience fund (RRF).

The warnings will receive heightened attention this year as the commission is reviewing the suitability of its debt and deficit rule book known as the Stability and Growth Pact (SGP) — a debate that risks reigniting old divisions between frugal northern eurozone economies and higher-debt countries in the south. Draghi has called for a “change” in the rules to account for higher debt levels taken on by governments during the pandemic. No concrete EU proposals on the SGP are due until next year.

A commission official said on Wednesday that Italy had been “invited” to take on Brussels’ advice on spending but would not need to submit a revised budget. Nationally financed current expenditure in Italy would have a 1.5 per cent of GDP impact on the country’s underlying fiscal position, the commission said. One EU official described the overshoot as “significant”.

Italy’s assessment comes with a wider warning that a number of high debt countries will lift current spending by more than their potential growth rates, “suggesting an increasing weight of permanent current expenditure or unfunded tax cuts”.

Brussels wants fiscal policy to remain moderately supportive next year in the euro area, but for fiscal policy measures to gradually “pivot” towards investments that drive a sustainable recovery. Member states should draw on the billions of recovery funds provided by the EU’s €800bn landmark borrowing instrument.

About a quarter of all recovery support measures in 2022 will be funded by RRF money. Spain will spend the most recovery fund cash over 2021-22 — at about 3 per cent of national GDP. “RRF spending will be very significant in a number of member states,” an EU official said.

Brussels’ overall draft budgetary assessments will need to be signed off by EU finance ministers next month, a negotiation that diplomats say will be a foretaste of broader splits on the future of the SGP. The EU’s fiscal rule book has been suspended since 2020 owing to the pandemic and is due to be reinstated in 2023.