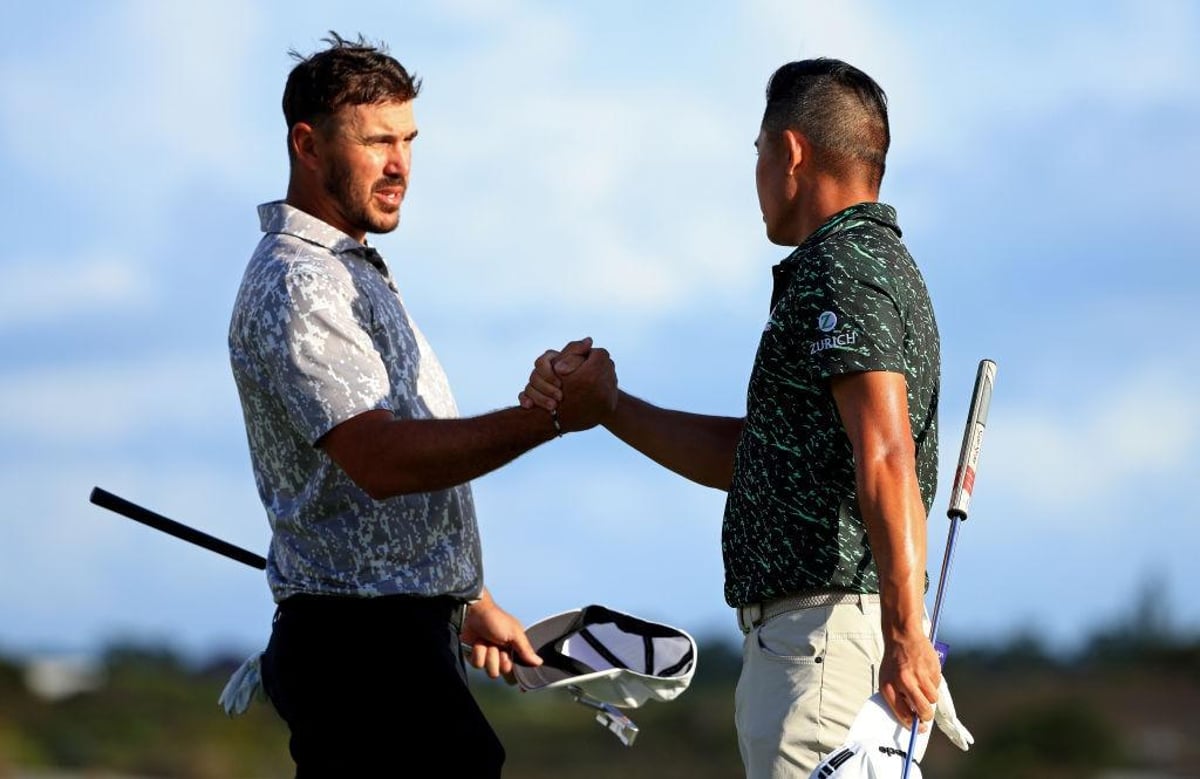 Koepka, whose younger brother, Chase, played in the opening event at Centurion Club earlier this month, is expected to play in the second $25 million tournament in Portland, Oregon, next week.

That would lead the former world No 1 to be suspended by the PGA Tour, the action taken against 17 players, including Phil Mickelson, as soon as they teed off in the inaugural LIV Golf event near London.

It had been rumoured that Morikawa might also be thinking about joining Greg Norman’s growing contingent of LIV Golf players, but the two-time major winner has slammed the door shut on that talk.

“Last week at my press conference (at the US Open at Brookline), I said the media loves creating drama,” he wrote in a post on social media. “Sure enough, I woke up this morning to everyone thinking I’m next. Not to say I told you so but… I told you so.

“To state for the record, once again, you all are absolutely wrong. I’ve said it since February at Riviera that I’m here to stay on the PGA Tour and nothing has changed. Now, if you’ll excuse me, I’ve got some cereal to pour in my milk.”

Koepka’s expected announcement comes after he complained that questions on the topic at Brookline were throwing a “black cloud” over the US Open.

Asked in his pre-tournament press conference why he had seemingly decided to stay on the PGA Tour, the 2013 Scottish Challenge winner said: “There’s been no other option to this point, so where else are you going to go?”

When the reporter pointed out that the LIV events had started, Koepka added: “As of last week. That’s it. I wasn’t playing last week.

“I’m here at the US Open. I’m ready to play US Open and I think it kind of sucks, too, you are all throwing this black cloud over the US Open. It’s one of my favourite events. I don’t know why you guys keep doing that. The more legs you give it, the more you keep talking about it.”

Nevertheless, his defection will be a big blow to the PGA Tour on the day that commissioner Jay Monahan had called a player meeting at the Travelers Championship to provide updates and answer questions.

Patrick Reed, Pat Perez and Bryson DeChambeau joined LIV Golf during that first event, the latter famously having a feud with Koepka which culminated in them playing a 12-hole match, won easily by Koepka, in Las Vegas in November.

LIV Golf is expected to announce more signings soon and CEO Norman believes it has a “compelling” case to be allowed to award world ranking points in future events, which would be a significant plus.

Meanwhile, six-time major winner Nick Faldo has announced that he’s retiring from “full-time broadcasting” for CBS and Golf Channel. The Englishman has been the lead analyst for US channel CBS since 2006.