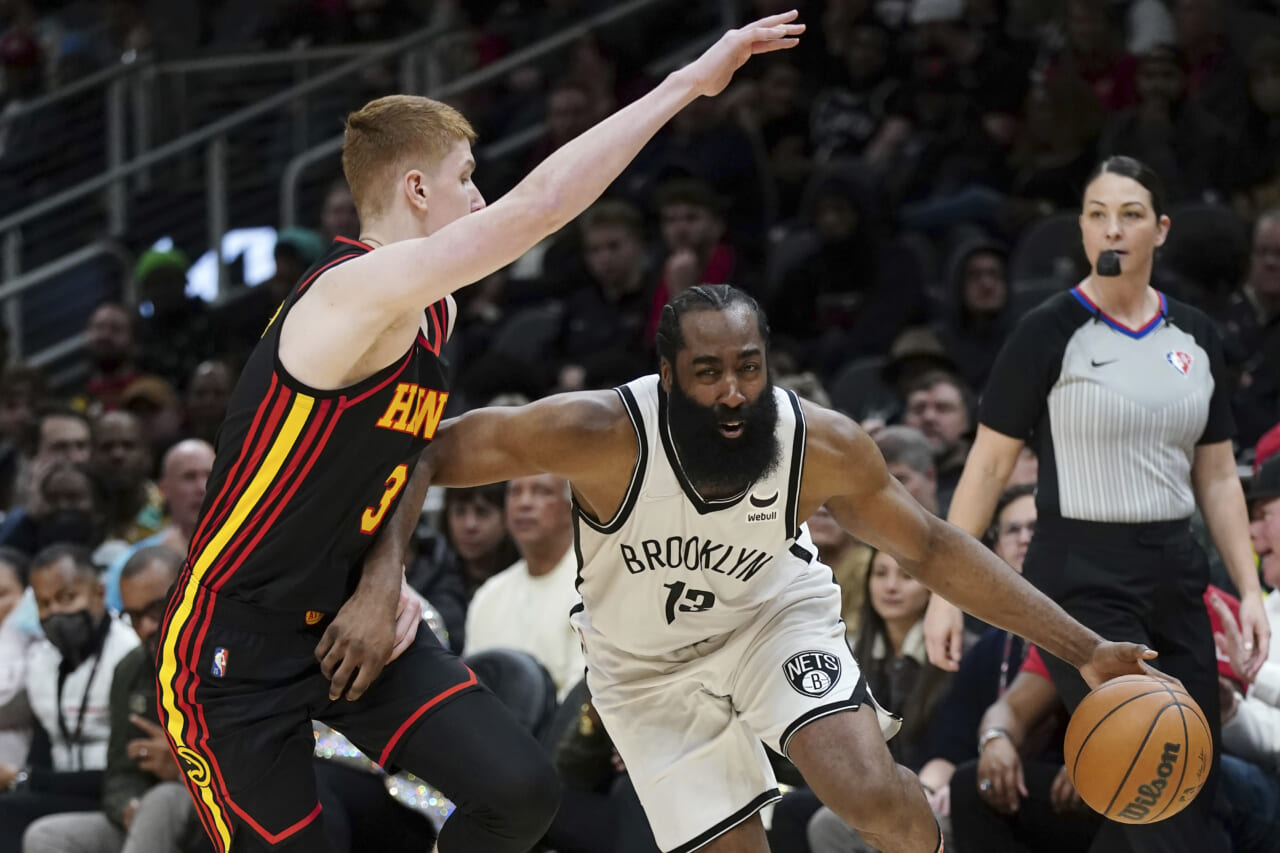 The Brooklyn Nets have enough players to fly to Los Angeles and play their Christmas showdown against the Lakers, though Kevin Durant might not be among them.

Coach Steve Nash said Thursday that James Harden has cleared the NBA’s health and safety protocols, but he said the Nets don’t expect any of their players still in the protocols to come out in time for the game. That would include Durant, the NBA’s leading scorer.

The Nets have had their last three scheduled games postponed — among the NBA’s nine postponements thus far — when a coronavirus outbreak left them with a league-high 10 players in protocols. Nash said Harden, Paul Millsap and Jevon Carter had also cleared protocols, though rookies Cam Thomas, Kessler Edwards and David Duke Jr. had since entered.

Teams need a minimum of eight players to start a game. Nash said the Nets have more than enough to do that.

But it’s unclear if they will have another practice before the game Saturday. Nash said it’s only in the last day that healthy players have been able to return to the practice facility for individual workouts.

“It’s tricky,” Nash said. “We haven’t been able to do a lot, but we do what we can and we’ll continue to just adapt as the rules and mandates come in.”

By Thursday afternoon, based on team injury reports or similar disclosures, there were 97 players from 23 teams dealing with a virus-related issue — often a positive test, though not always.

The list included stars such as Giannis Antetokounmpo, Luka Doncic and Trae Young. All three are scheduled to be part of the NBA’s five-game holiday schedule.

It is important to note that players can enter and exit the health and safety protocols list quickly in some cases, some teams do not release updated numbers except when mandated by league rule and not everyone on the list has tested positive for COVID-19.

Also important: NBA Commissioner Adam Silver said earlier this week in an interview with ESPN that positive-testing players who have received booster shots tend to show, at worst, very mild symptoms. The league says 97% of players are fully vaccinated; the National Basketball Players Association says 65% are boosted, and it is a top priority of the union right now to get that number much higher.

Durant was placed in protocols last Saturday along with Kyrie Irving, a day after the Nets said they were bringing the point guard back to play in road games. There’s still time for him to return two negative tests 24 hours apart to be cleared, though Nash said the Nets weren’t expecting that.

With the Lakers’ Anthony Davis already sidelined with a sprained left knee, Durant’s absence would remove another superstar from what was expected to be one of the marquee games of the regular season when it was scheduled.

The Nets have the best record in the Eastern Conference, but Nash said it’s going to be difficult to pick up where they left off after not playing for a week.

“We’re one of the few teams around that league that’s had a pause, so to jump back into the rhythm of the league is a difficult task,” he said. “But we have to approach it with excitement and opportunity, and also not put too much pressure on ourselves to re-enter.”

Along with Durant, starters LaMarcus Aldridge and DeAndre’ Bembry remain in the protocols, along with Bruce Brown, James Johnson and rookie Day’Ron Sharpe. Nash said all of the players were experiencing nothing more than mild symptoms.

Teams are being allowed to sign players to replace those sidelined by positive tests, and at least 40 such hardship contracts — which won’t count against a team’s salary cap or luxury tax numbers — have been executed in the last few days.

Have you subscribed to the Grio podcasts, Dear Culture or Acting Up? Download our newest episodes now!