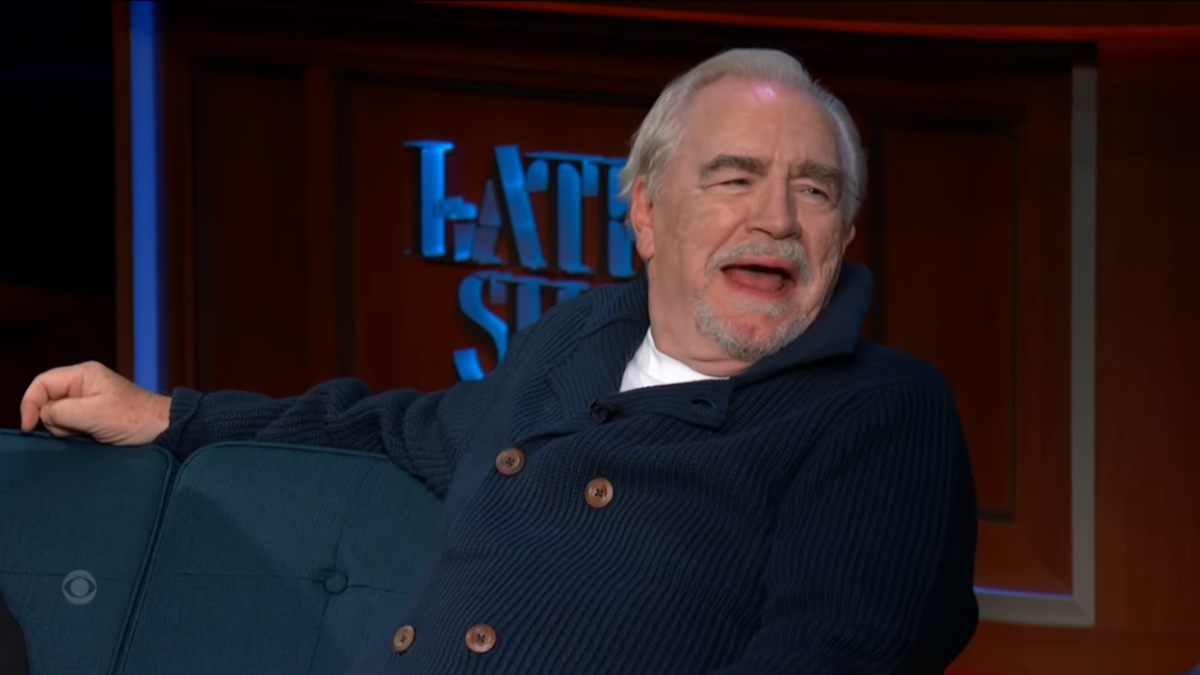 At long last, Succession returns to HBO after a pandemic-length break on Oct. 17. As such, the cast is doing the press rounds, and they went on The Late Show with Stephen Colbert to chat Season 3 and answer some burning fan questions.

Colbert first asks whether the cast lets their children watch it. Brian Cox, who plays the curmudgeon patriarch Logan Roy, says he’s totally fine letting his 43- and 50-year-old children watch the not-family-friendly show. Later on, at around 4:41 in the video, Colbert asks Cox which of Logan’s children the character loves most.

Succession fans realize what a difficult question this is, as Logan is pretty misanthropic. After giving it some thought, though, Cox answers confidently. For longtime viewers, the answer’s not too surprising.