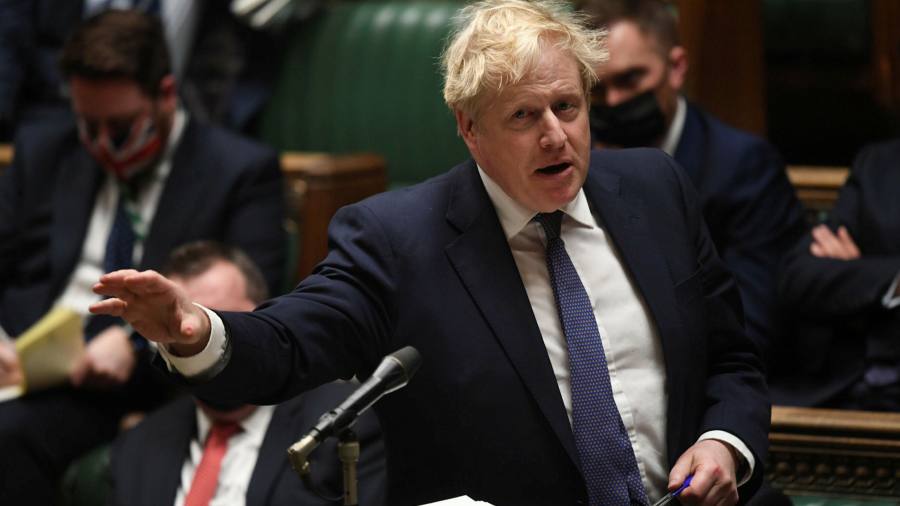 Boris Johnson on Tuesday faced a barrage of criticism following revelations he attended a “bring your own booze” party in the Downing Street garden in May 2020 when such gatherings were banned.

Edward Argar, a junior health minister, was dispatched to defend the prime minister, but he refused to confirm witness reports that Johnson attended the event, when England was still in its first Covid-19 lockdown.

Instead, Argar insisted that the party, organised by the head of Johnson’s private office, Martin Reynolds, would form part of an investigation into such gatherings by senior civil servant Sue Gray.

Johnson has also refused to say whether he sanctioned the party, to which about 100 Downing Street staff were invited, or to confirm witness accounts that he and his wife Carrie attended it.

The wall of silence from Number 10 created a furious cross-party backlash and Johnson will now face intense media and political pressure to say exactly what happened at the event on May 20 2020.

Sir Keir Starmer, the Labour party leader, wrote on Twitter: “Boris Johnson, your deflections and distractions are absurd. Not only did you know about the parties in Downing Street, you attended them. Stop lying to the British public. It’s time to finally come clean.”

“Nobody needs an official to tell them if they were at a boozy shindig in their own garden. People are (rightly) furious. They sacrificed so much — visiting sick or grieving relatives, funerals. What tf were any of these people thinking?”

The revelation of an email from Reynolds to Downing Street staff, obtained by ITV News, has reignited scrutiny of the party culture in Downing Street through the Covid pandemic and reopened questions about Johnson’s leadership.

In his email, Reynolds invited staff “to make the most of the lovely weather and have some socially distanced drinks in the No 10 garden this evening”, asking them to “bring your own booze”.

The Met has previously said that, if a Cabinet Office investigation now led by Gray into Downing Street parties produced any further evidence, it would examine it.

Argar said he could completely understand why people were “angry, upset and hurt by these allegations” but said the country would have to wait for Gray’s investigation to find out exactly what happened.

“Sue Gray, a very experienced civil servant of the highest integrity, will look without fear or favour at all the allegations around parties or rule-breaking and I think it’s important she has the space and the freedom to do that,” he said.

The revelations will further unsettle Tory MPs, who had hoped to turn a new page in 2022; many say that Johnson has until local elections on May 5 to prove he can turn things round and change his style of government.

Angela Rayner, Labour’s deputy leader, has been granted permission to ask an urgent question in the House of Commons on Tuesday, “to ask the prime minister if he will make a statement on reports of an event held in the Downing Street Garden on 20 May 2020”.

Under parliamentary rules Johnson does not have to appear. But he will face a grilling on Wednesday at prime minister’s questions, with Starmer assembling a charge sheet against Johnson over the Covid party affair.