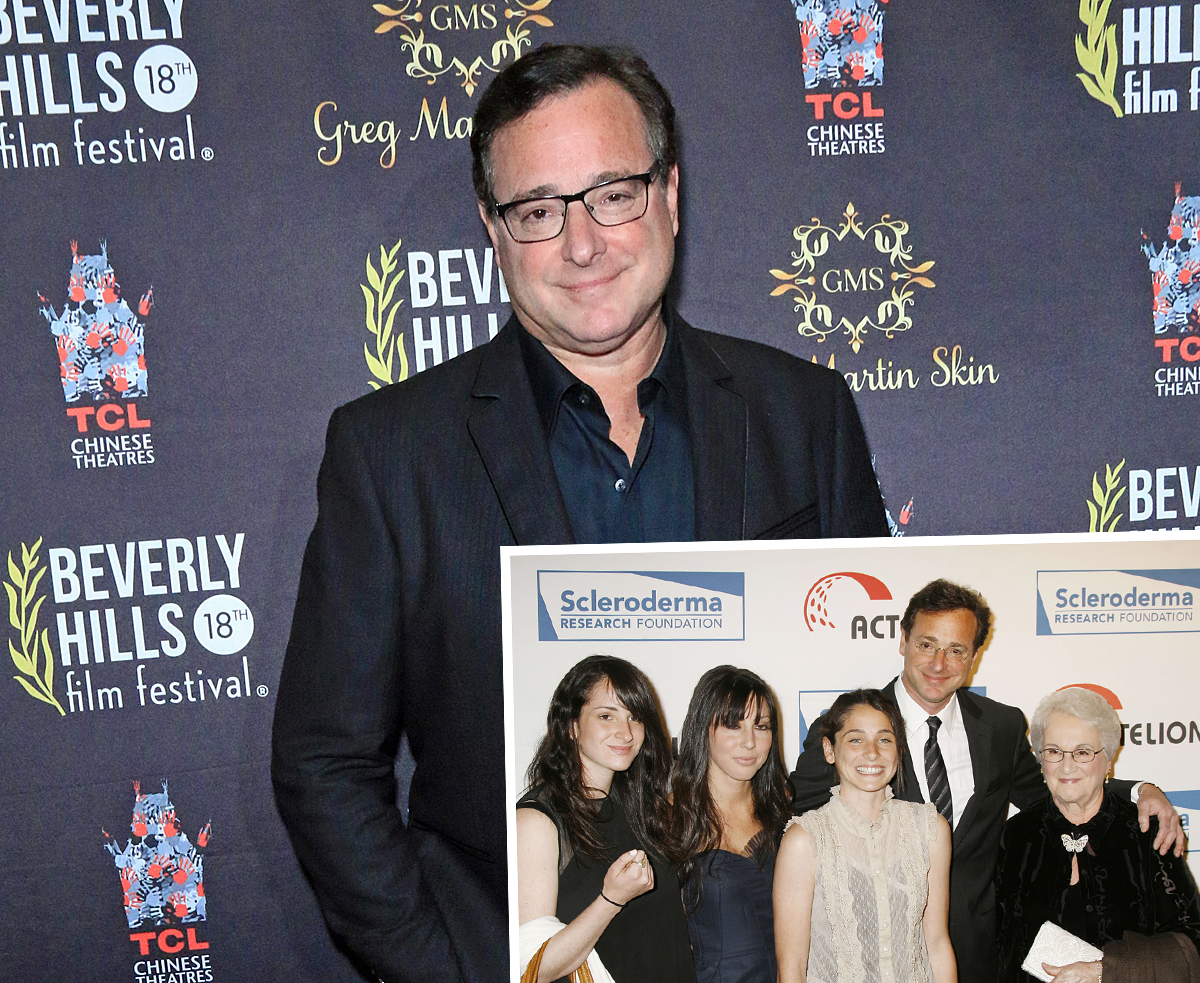 Bob Saget was no stranger to death. He and his family suffered so many tragedies throughout his life, it formed a “fascination with death” — and is likely why he became the comedian we all loved.

As fans and celebrities alike mourn the loss of the Full House star — who passed away on Sunday at the age of 65 — many have taken a look back at his impressive catalog of work, which includes a candid memoir published in 2014 titled Dirty Daddy: The Chronicles of a Family Man Turned Filthy Comedian. In the book, the actor goes in-depth about the losses he’s suffered, writing:

“I’ve always had a fascination with death, being surrounded by so much of it growing up.”

When he was just 8, 9, and 15, he lost three of his uncles to heart attacks. Not only was the repetitive nature of the deaths heartbreaking, but his relationship with these family members also made the situation more devastating.

Related: ‘No Better Guy’: The How I Met Your Mother Cast Remembers Bob Saget

“All these men were my childhood heroes.”

Later in life, tragedy would strike again when both of his sisters Andrea (“Andi“) and Gay grew ill. The 65-year-old penned:

“Andi (short for Andrea) died at age thirty-four of a brain aneurysm. And then years later, Gay lost her life at the age of forty-seven to the disease scleroderma.”

As Jimmy Kimmel mentioned in his beautiful tribute to the star on Monday night’s episode of Jimmy Kimmel Live, Bob spent much of his adult life raising awareness and money for scleroderma research — even before his sister was diagnosed. As can be seen above (inset), he and his family attended many events in hopes of helping organizations find a cure for the rare syndrome.

While this is a lot of grief for one life, there’s one more heartbreaking tragedy his family endured before he was born. Two years (to the day) before Saget was welcomed to the world, his parents Benjamin and Rosalyn (“Dolly”) had twins. Sadly, a breakout infection at the hospital led to a horrifying outcome, he reflected:

Like I said they were both born healthy, but the hospital in Philly had recently been infested with dysentery and no one told any of the parents who had given birth that week. I don’t know exactly what happened but as my mother conveys it now, about seven babies died along with the twins. Robert and Faith lived only seven and eight days, respectively.”

Wow… We simply cannot imagine. Such a sad, sad story.

Related: Hear Bob Saget’s ‘Perfect’ Speech About How ‘Proud’ He Was ‘To Raise’ TV Daughters During Fuller House Table Read

It is likely because of all this sadness that Bob decided to use his talents for good, desiring to inspire and uplift audiences through his performances. He even left a message for how those grieving his death should work through their pain, saying in the memoir:

“When tragedy strikes, it’s more important than ever to look for anything that can bring humor and joy to every moment.”

The America’s Funniest Home Videos host kept people laughing until his very last moment by performing a stand-up show for Jacksonville, Florida fans on Saturday night, hours before his shocking death. Of course, his legacy lives on in the many TV shows and films he starred in as well.

Reactions, Perezcious readers? Let us know in the comments (below).