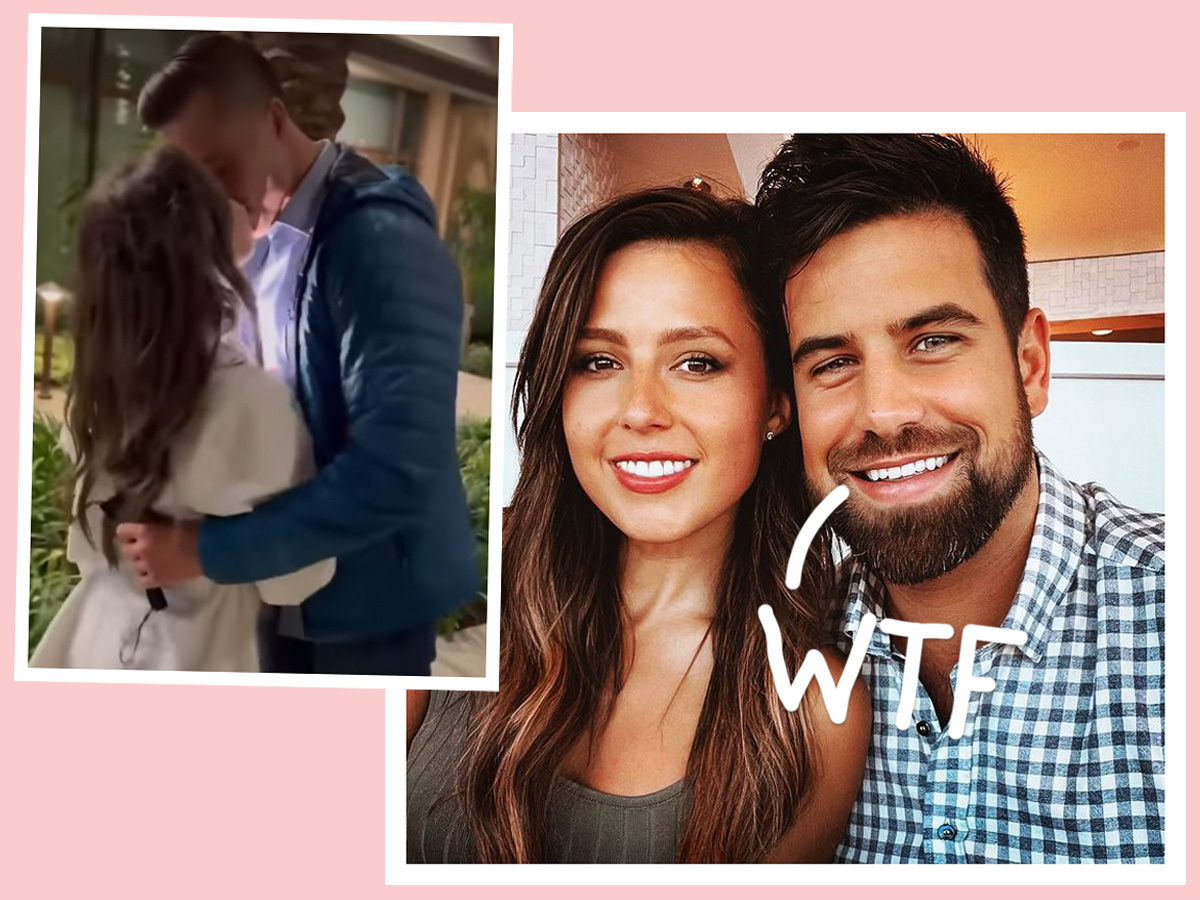 We were as shocked as everybody else who follows Bachelor Nation after first reporting former Bachelorette Katie Thurston‘s new relationship with one-time on-air suitor John Hersey late Tuesday night!

But our shock is nothing compared to that of Blake Moynes — the man who Katie picked to be her forever-and-ever fairytale future at the end of her reality TV run earlier this year, only to have it all blow up in their faces a couple months later!

Related: Katie Breaks Down While Discussing Her Unexpected And Abrupt Split From Blake

Now, we’re getting updates on the 31-year-old Moynes’ take on Katie’s new romantic rendezvous with Hersey. Of course, John was one of Blake’s co-stars on Katie’s season of the show before being eliminated in the second week of competition.

So should we expect Moynes to be beside himself that Thurston would pick Hersey so soon after ending things with her one-time fiancé?!?!

Yes, yes we should….

According to Us Weekly, a source needed only a few short words to explain how Blake is feeling about his high-profile ex’s new romantic move:

“Blake is blindsided by the news.”

Clearly, he’s still processing everything that’s going on. We are, too, considering Katie’s close (previously platonic) connection to Hersey after filming ended! Evidently, they transitioned past friendship and into something more, and now, here we are.

But while Blake is thus far being relatively quiet about the new relationship reveal, his mother is letting her thumbs do ALL the talking! On Tuesday, Emily Moynes double-tapped a comment on a Bachelor Nation Instagram fan page, hitting “like” on this message from a fan discussing the surprising love news:

“This is terrible on Katie’s part. I feel truly sorry for Blake. In any relationship, you put a sense of ‘trust’ in one another, especially long-distance relationships. There’s no denying the dishonesty and deception for months upon months.”

Whoa! She’s not exactly Bachelor Mom Barb, but it’s always time for popcorn whenever a reality TV momma steps up to defend her famous offspring! That comment was one of hundreds left on this fan post (below), which, as you can see, has no shortage of the show’s loyal viewers debating Katie’s big move:

As to be expected, Blake has since unfollowed both Katie and John on IG. That’s the surest and most definitive way for a Bachelorette alum to show his displeasure! LOLz!

Related: ‘Bachelorette’ Star Says He Was Hit By A Car While Out Walking His Dog!

More significantly, it appears as though Blake will be speaking at length about Thurston and Hersey at some point later today (Wednesday). Late Tuesday night, fellow Bachelor Nation alums Mike Johnson and Bryan Abasolo announced that the Canadian hunk would be coming on their Talking It Out podcast for what’s sure to be a must-listen interview:

Y’all KNOW we’re going to have all kinds of updates about that podcast chat after it hits our inbox. In the meantime, what do U think of Katie and John getting together, Perezcious readers?! Is it fair game or nah?? She and Blake publicly announced their breakup about a month ago. Is she moving on too quickly, especially with a guy who has a history on her show, or is she free to do as she pleases?!