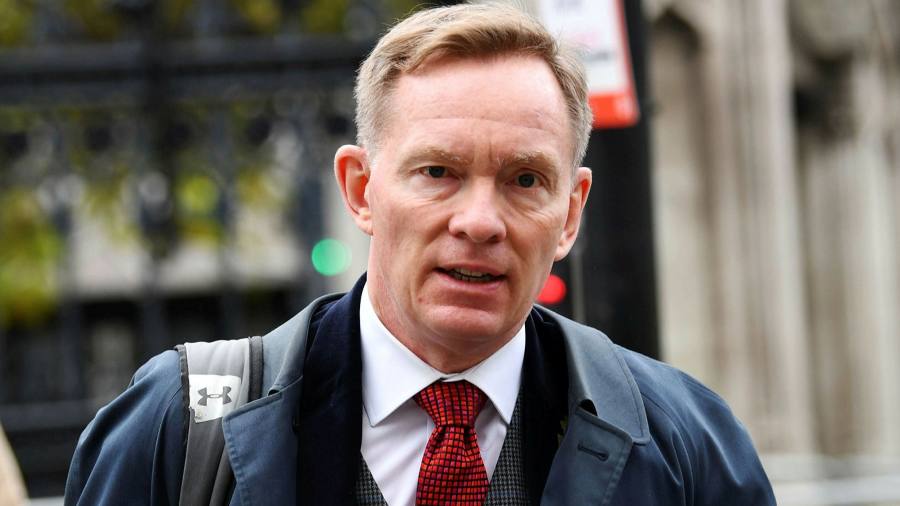 Senior Conservatives in the UK are prepared to back a ban on outside consultancy work by MPs to stanch accusations of sleaze in a move that Cabinet ministers said could lead to a clear out of older long-serving Tory backbenchers.

The House of Commons on Monday evening is expected to endorse the original parliamentary standards report into disgraced Tory Owen Paterson, the former minister who was found to have breached rules over paid advocacy. Prime minister Boris Johnson’s botched attempt to reform the standards regime to protect Paterson, sparked an uproar over MPs’ outside interests and led to accusations of sleaze.

The parliamentary standards committee, led by Labour MP Chris Bryant, is now examining whether the regime allowing parliamentarians to have second jobs and outside interests should be reformed. The committee’s report is expected to be published by the end of the month.

The committee is expected to focus on whether MPs should be banned from taking on additional roles as political or parliamentary consultants.
According to figures from the register of MPs’ interests, at least 30 have recorded earnings from consultancy work.

One senior Cabinet minister said banning consultancy roles was “attractive” because it would “remove the lobbying risk”. But they warned it would lead to many older Tory MPs quitting parliament.

“I expect the people who have them [consultancy jobs] will be the people who the chief whip and others wouldn’t be unhappy if they decided they were not standing at the next election,” the minister said.

A senior Conservative MP added: “There are a lot of ‘former ministers’ here at the moment who seem to have lost a bit of purpose. And I’ve always been in favour of younger people being MPs.”

A Whitehall official involved in discussion over the new rules said: “It’s more likely than not the government will back reforms on second jobs. But we need to tread carefully and not open yet another can of worms. We don’t want to upset loads and loads of MPs with unintended consequences.”

Within Downing Street, there is an “ongoing debate” about ending consultancy work, according to officials. One government insider said Johnson was waiting for Bryant’s committee report before taking action. “It’s a parliamentary matter and there’s a due process we have to follow. But there’s pros and cons to all the solutions that have to be carefully looked at.”

Pushed on whether MPs should be banned from taking on consultancy jobs during a broadcast interview last Monday, the prime minister left it open as a possibility. “I think all those kinds of things are issues that the Speaker’s panel, or whatever he sets up, is going to have a look at,” he said.

Some ministers are concerned that it will be difficult to decide on a definition of consultancy work, but senior MPs believe Bryant’s committee will find a solution.

“There’s definitely scope to draw a clear line on policy consultancy which inevitably creates a conflict, as long as its clear that it’s specific to potential conflicts like that, and not about public service or unconnected outside experience that adds value to policymaking,” one Tory said.

The government’s anti-corruption watchdog, the Committee on Standards in Public Life, recommended in 2018 that MPs should “not undertake outside employment as a parliamentary strategist, adviser or consultant”. It concluded that such roles “can lead to MPs having a privileged relationship with one organisation, and therefore bring undue influence to bear on parliament”.

Bryant said he was unable to comment while the committee makes its recommendations.

Meanwhile, Kwasi Kwarteng, business secretary, apologised to the parliamentary standards commissioner Kathryn Stone after earlier this month calling on her to consider her position after her critical report into Paterson.

“I did not mean to express doubt about your ability to discharge your role and I apologise for any upset or distress my choice of words may have caused,” Kwarteng wrote.