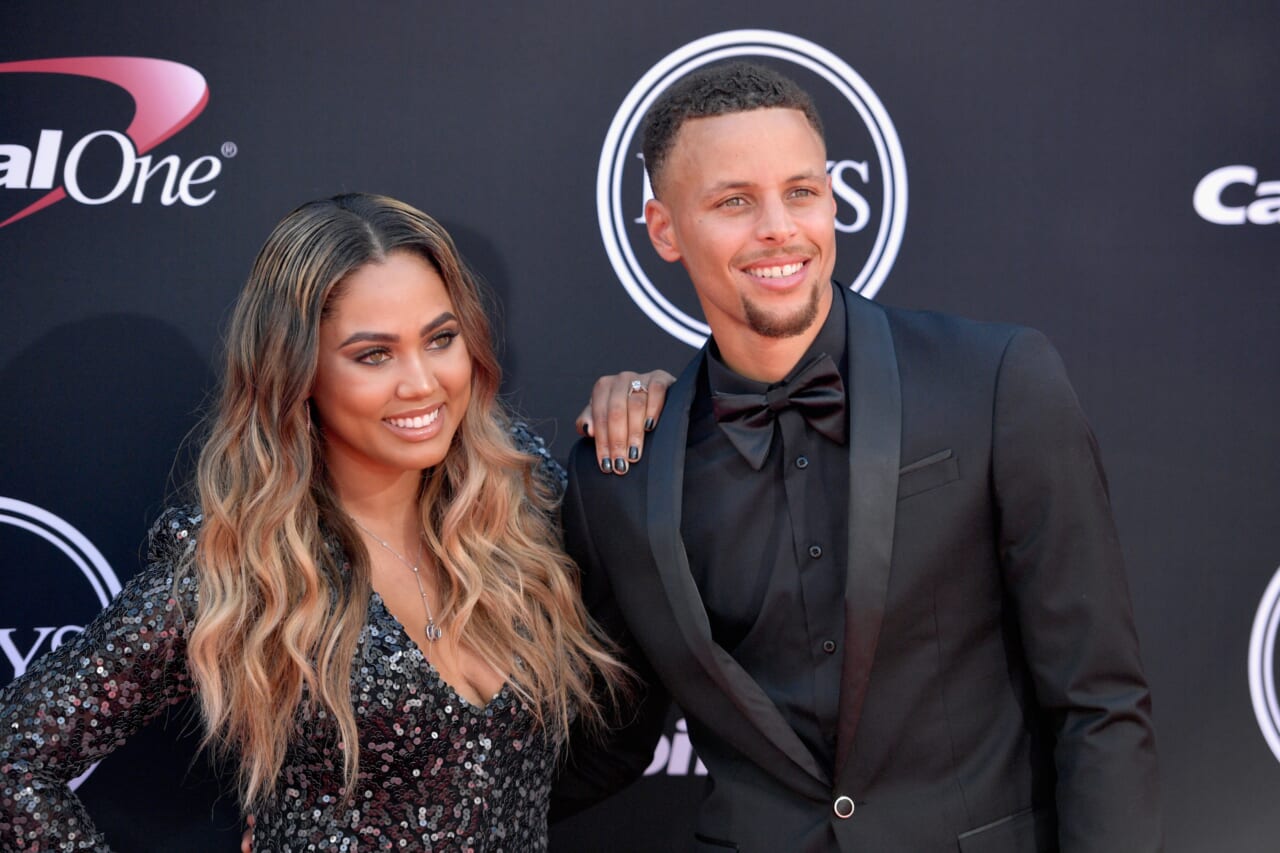 Ayesha Curry has slammed rumors that she and her NBA superstar husband Stephen Curry have an open marriage.

“Don’t believe everything you read,” Curry said on Monday in response to a celebrity blind item that surfaced a few weeks ago suggesting the Currys “regularly have affairs with other people,” TMZ writes.

“Do you know how ridiculous that is? Don’t disrespect my marriage like that. Please and thank you,” she added.

The Currys married in 2011 and are parents to three children. In 2021, Steph and Ayesha founded the Eat. Learn. Play. Foundation that aims to improve the lives of kids and families in Oakland.

In September, they unveiled their “Eat. Learn. Play.” bus amid the COVID pandemic, which Forbes described as a “mobile resource unit that will distribute hot meals, grocery staples, fresh produce and free books to underserved children in Oakland.”

TheGrio reported that the bus unveiling occurred during an intimate meet and greet for local children. “This idea came basically from me wanting to find a way to eradicate food deserts within the Oakland area,” Ayesha said at the time, according to NBC News.

“At first, the idea was around, ‘How can we find locations where people can come and pick up fresh produce and other things for their families?’ Logistically, especially with COVID, that idea started to seem far-fetched.”

In September, Ayesha shared that her NBA hubby surprised her with a vow renewal ceremony for their 10-year wedding anniversary, theGrio reported.

“A couple of weeks ago @stephencurry30 surprised me with the most beautiful vow renewal ceremony,” the lifestyle influencer, restaurateur, and author captioned a photo of her, Steph, and their kids at the surprise ceremony.

“He even picked out my dress for me and had it waiting 😭. Our big girl Riley officiated and Ryan and Canon walked me through the grass of our backyard. It’s everything I’ve always dreamed of but didn’t know could be possible in this way. A moment I will never forget. I love you.”

The couple wed on July 30, 2011, two years after Steph was drafted into the NBA. They met nearly a decade earlier at a church in North Carolina and reconnected while Ayesha was pursuing her acting career in Hollywood and Steph was in the area for an awards show.

They began dating and Ayesha moved back to North Carolina to be close to him while he played basketball at Davidson College.

Last summer, Sonya Curry and Dell Curry, the parents of Steph and his NBA star brother Seth Curry, announced they were splitting after 33 years together.

Sonya filed for divorce in June in North Carolina, citing “marital misconduct” as the reason. Dell fired back, accusing Sonya of “Illicit sexual misconduct” and lying about it.

TMZ reported that in the divorce docs, Dell claims Sonya “began her extramarital affair with [Stephen] Johnson during the marriage and prior to the date of separation, and she lied to [Dell] each time she cheated on him.”

While she admits to a new relationship that began after they legally separated in March of 2020, she denies living with another man and claims Dell forced her to move out of the home the couple shared.