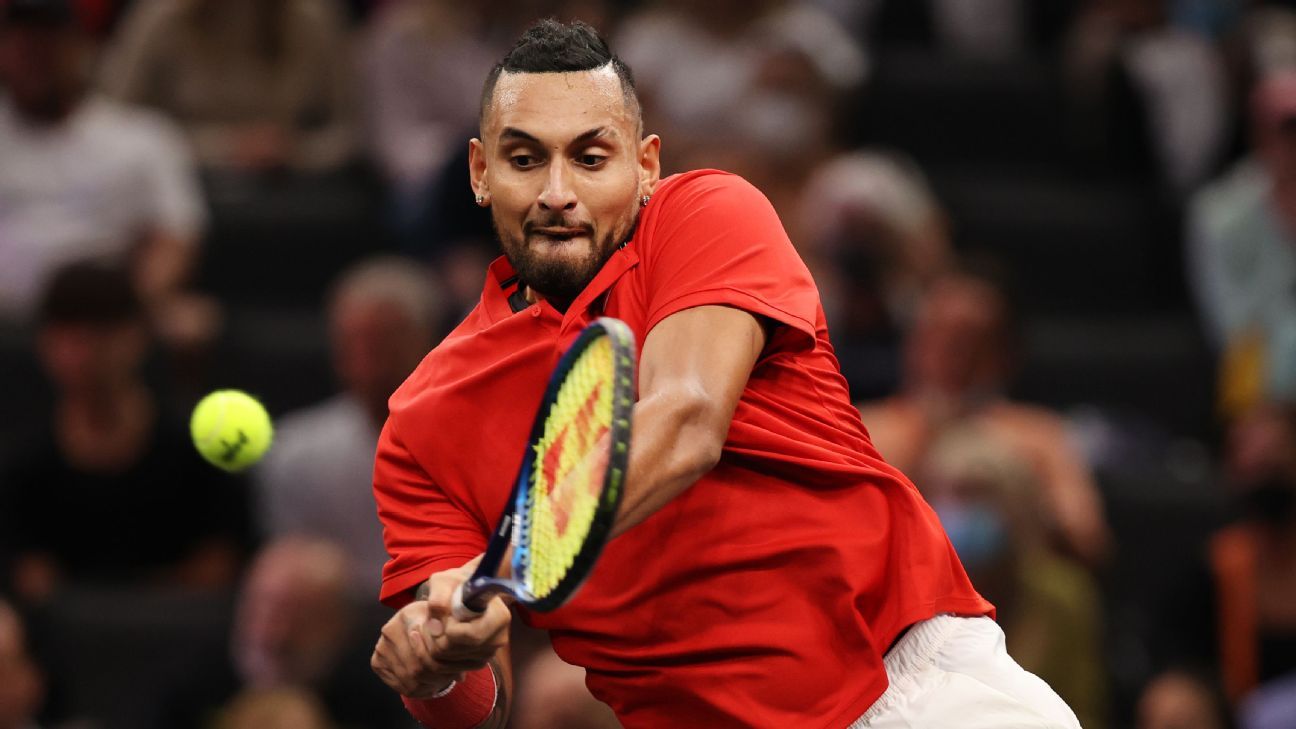 It appears Nick Kyrgios doesn’t want the 2022 Australian Open canceled after all.

Kyrgios caused a stir on Tuesday after declaring the biggest event on the annual Australian sporting calendar shouldn’t proceed in January if it meant forcing competitors into being fully vaccinated against COVID-19.

“I don’t think the Oz Open should go ahead, in my opinion. Just for the people in Melbourne, like, you’ve got to send a message,” Kyrgios said on his podcast No Boundaries.

“Like, how long did you guys do in lockdown? Two-hundred and 75 days or something?”

The headline grabber’s provocative stance, which upset Tennis Australia, came amid continuing uncertainty about the vaccination status of world No.1 and nine-times Open champion Novak Djokovic.

“I’m double-vaxxed but I just don’t think it’s right to force anyone, yet an athlete, (and say) you can’t come here and play because you’re not vaccinated,” Kyrgios said.

“(NBA star) Kyrie (Irving), Novak, these guys have given so much, sacrificed so much.

“They’re global athletes who millions of people look up to and I just feel like it’s so morally wrong to force someone to get vaxxed.

“There’s other solutions around it.”

But after copping backlash, from government officials, fans and past and present players, Kyrgios backtracked on Tuesday afternoon.

“To say I want it cancelled is not what I meant.

“But, at the same time, I want it done correctly and I’m sure Tennis Australia and the City of Melbourne will be looking out for people’s best interests when the Australian Open goes ahead.”

And after initially supporting Djokovic’s right to contest the Open if not fully vaccinated, the Canberran changed his tune.

“It’s more so for the people of Melbourne, who have gone through hell and back,” Kyrgios said.

Get the ESPN App from the iTunes App Store to get the latest sports scores, news and videos. Download the app now.

“I think it’s been 275 days, nearly 300 days of lockdown and your freedom has been taken away from you.

“I don’t think it’s morally right to accept players from overseas that are not vaccinated to come into our country and waltz around Melbourne free-will to play the Australian Open.

“I don’t think that’s right but for players who are vaccinated.

“It’s an amazing opportunity to get the city of Melbourne and the people of Australia back together for an amazing sporting event with so much rich history where I’ve had most of my favourite sporting memories.

“I just want it to be done the right way. I want things to be prioritised. I want mental health and people’s safety to be looked after.”

“I really like Nick Kyrgios and I cheer for him every time he plays and I certainly don’t want to have beef with Nick Kyrgios but I actually couldn’t follow the logic of his (initial) comments,” Pakula said.

“We’ve had a long lockdown so the Australian Open shouldn’t proceed? I’m not sure I follow that.

“I think the opposite applies.

“Melburnians, Victorians and, frankly all Australians, are absolutely gagging for major events.

“Our economy needs it, our state psyche needs it.

“It’s a global grand slam, it’s going to go ahead.”