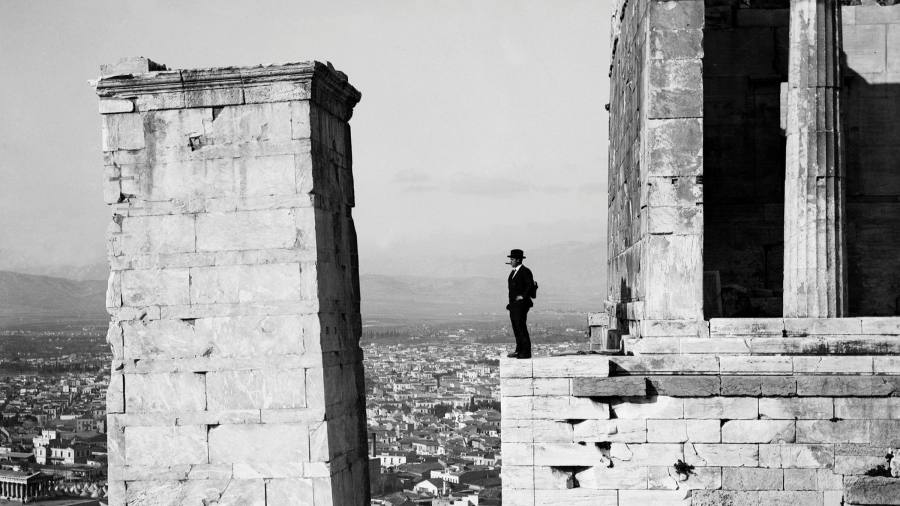 When Reuters advertised an opening for its first Athens correspondent position in 1982, Bruce Clark didn’t think twice. Greece had mesmerised him ever since a childhood visit to the port and ancient cult centre of Delos spurred him to learn Ancient Greek at school and later, as a student, to spend a few months in Athens.

Now, decades later, he has converted his love and experience of Athens into an exhaustive yet compelling history of the Greek capital. In just over 500 pages, Athens, City of Wisdom ranges from the golden days of millennia past to the ravages of the eurozone crisis and the coronavirus pandemic.

It’s an almost Herculean task, and yet the author manages to keep the reader engaged as he moves through thousands of years of history marshalling countless bits of detail — from the old fables to an encounter with the father of Yanis Varoufakis, Greece’s fiery finance minister during the euro crisis.

Athens is not alone in having a long and rich history. Yet Clark (a former diplomatic correspondent for the FT) argues that like Jerusalem, it justifiably commands a special place in the western imagination. Early on in the book, he draws a comparison between the Acropolis — “revered as a testament to human reason, skill and freedom” — and the Temple Mount, “the home of monotheism”.

In both ancient and modern Athens, ‘passionate’ arguments could ‘sway people’s feelings in unpredictable ways’

Given such a sweep of history, it’s a story that brings with it a multitude of moments — highs and lows; glorious triumphs and bitter defeats — which the author presents in 21 detail-packed chapters, each focusing on a critical moment in the history of Athens.

Yes, readers will be familiar with stories of the cradle of democracy and western civilisation. But here they also get the more troubled, and less well-known, centuries of the Byzantine and Ottoman eras. Athens drifted into insignificance during the 400 years of Turkish occupation, an era during which the Acropolis turned into a mosque, adding a minaret to the Athenian skyline.

Yet the legacy of ancient times somehow survived. Clark vividly brings to life the first Olympic marathon of modern times, drawing on the reports of an earlier generation of foreign correspondents who covered the event in 1896 when Greek athlete Spyros Louis crossed the finish line in the Kallimarmaro stadium.

Among the author’s other, more chilling finds are the final broadcast in April 1941 of Athens Radio before the city fell to the Nazis and years of terror. As a native Athenian, I also read with horror that during the post-1945 civil war, Greek Communists gave orders for the Acropolis to be blown up, an instruction that was thankfully ignored by the commander who received it.

Yet it is perhaps the more modern times that are the most remarkable. While in the earlier chapters, Clark encounters his subject with the objective coolness and distance of a historian, he later draws on his own reporting and experiences to shed light on the ugliness and charms of the sprawling city that Athens has become.

When Clark arrived in the city, Greece was undergoing rapid change. A seven-year military dictatorship had ended a few years earlier in 1974, and the first socialist leader, Andreas Papandreou, had just taken over the reins of government. Greece had also just joined the European Economic Community (later the EU), and a sense of progress was in the air as the country was transforming socially and economically.

In the 1980s, Clark writes, Athens “had the dirtiest air of any major city in the European Community”, illegal buildings were popping up everywhere and its politics were rife with corruption and scandals. After a short period of growth fuelled by cheap loans, courtesy of low eurozone interest rates, Greece in 2009 descended into the biggest economic crisis of any advanced economy in modern times. In just a few years, citizens saw their incomes shrink about 25 per cent and the centre of Athens became a stage for violent protest shrouded in tear gas and the smoke and flames from Molotov cocktails.

Yet, as the author reminds us, this wasn’t a new experience for the city. In both ancient and modern Athens, “passionate” arguments could “sway people’s feelings and determine what actually happens, in unpredictable ways”. However, as Clarks adds, the difference is that those policy dilemmas in ancient Athens were those of a powerful state where citizens were wondering how precisely they should use that power. In modern Athens, discussions and demonstrations were about “how to conduct oneself from a position of weakness”.

Such moments of historical awareness neatly underpin a story that brings together the personal and historical. In one aside, Clark describes how he was in the audience on June 12 1986 when a classics student called Boris Johnson chaired a debate on the Parthenon marbles at the Oxford Union, in which he argued passionately for their return from the British Museum to Athens — an issue that remains unresolved to this day.

Such wrangles and other present-day troubles, notwithstanding, Clark’s affection for a city that he still sees as a symbol of democracy is unmissable and highly informative. This native Athenian reviewer certainly came away with many fresh insights into her home town.

Eleni Varvitsioti is the FT’s Greece and Cyprus correspondent