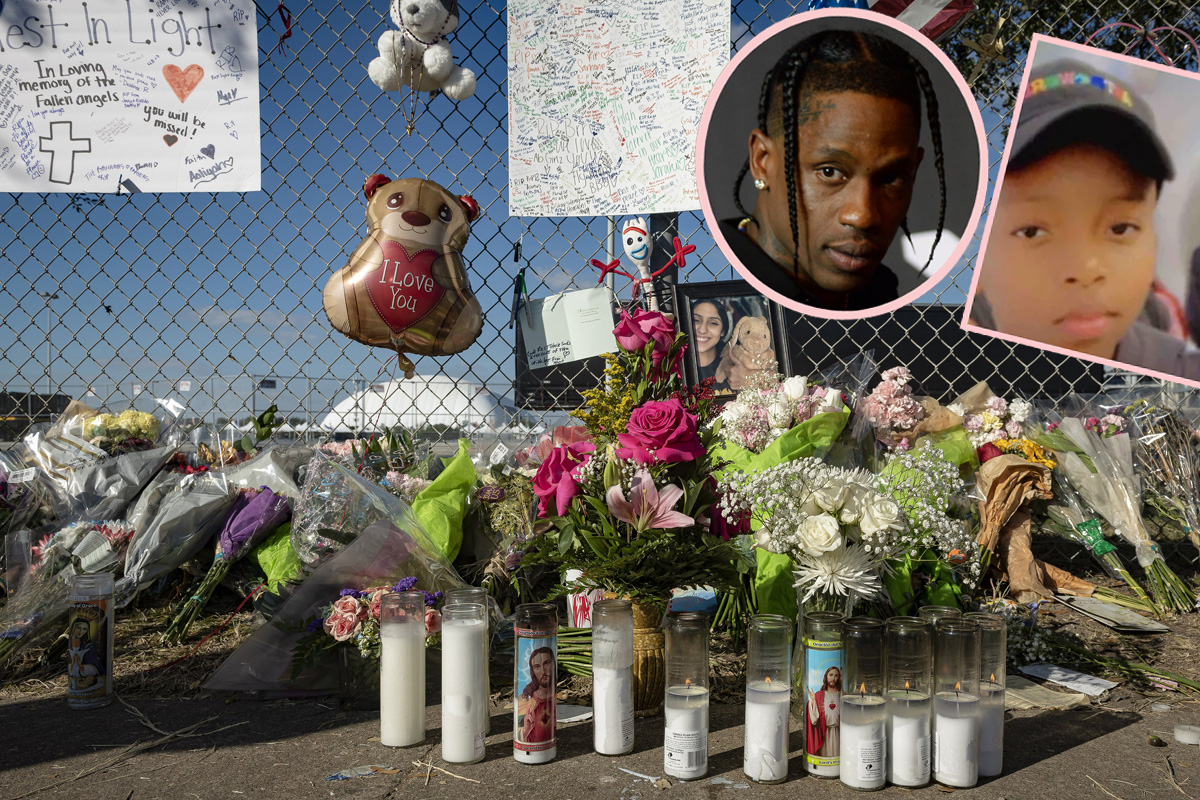 Another victim of the Astroworld Festival crowd surge tragedy has succumbed to their injuries — and in this case, the boy who died is the youngest of the fatalities.

Ezra Blount, the 9-year-old boy who was on life support for more than a week after being trampled at Travis Scott‘s Houston music festival earlier this month, has died. His family first delivered the news on Sunday to ABC 13.

Ezra had attended the show with his father, Treston Blount, as he was a big fan of Travis, and was “so stoked” and “ready to go” before the horrific events unfolded. After the boy’s passing on Sunday, the family’s attorney, Ben Crump, released the following statement:

“The Blount family is grieving the incomprehensible loss of their precious young son. This should not have been the outcome of taking their son to a concert, what should have been a joyful celebration. Ezra’s death is absolutely heartbreaking. We are committed to seeking answers and justice for the Blount family. But we stand in solidarity with the family, in grief, and in prayer.”

According to Treston, who previously spoke to ABC 13 about the pair’s terrible ordeal, he had been holding Ezra on his shoulders near the back of the crowd so that the boy could see the show. But when Travis came on to perform that night, November 5, at NRG Park in Houston, the crowd unexpectedly rushed forward, and Treston was knocked unconscious.

With his father unavailable to protect him, Ezra was thrown to the ground and trampled by other concertgoers. When Treston regained consciousness, he couldn’t find Ezra anywhere, and he rushed to on-site medics for help. Eventually, he was able to track down a police officer at the scene who had seen the boy, and Treston rushed to the hospital, where he learned his son had been placed on life support. Sadly, the young boy was never able to recover from his severe injuries, and he succumbed to them on Sunday.

Eight people were pronounced dead on the night of the concert, due to the unpredictable crowd rush and other crowd control problems. On Wednesday of last week, the ninth victim, Bharti Shahani, succumbed to her injuries sustained at the show. And now, with Ezra’s tragic passing, that makes 10 fatalities along with hundreds who were injured during the Astroworld Festival tragedy.

A GoFundMe fundraiser in Ezra’s name, started by his grieving father, has raised more than $83,000 as of Monday morning. You can contribute to the cause HERE.

Our hearts go out to Ezra’s grieving family, as well as all those lost and injured at the show, and all those loved ones grappling with the aftermath of this awful situation.