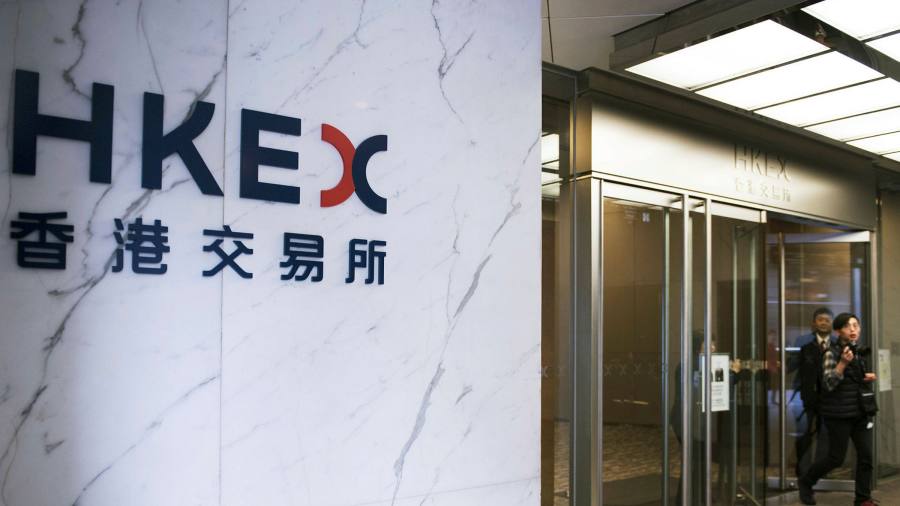 Asia tech stocks fell, continuing a global sell-off that began after investors retreated from equities that had benefited from the coronavirus pandemic as fears over the Omicron variant’s economic impact receded.

Hong Kong’s Hang Seng Tech index fell as much as 1.7 per cent on Thursday after dropping 4.6 per cent the previous day, its biggest one-day drop since July.

Those losses dragged the city’s benchmark Hang Seng index to losses of as much as 0.9 per cent in the morning, while China’s CSI 300 index of Shanghai- and Shenzhen-listed stocks declined as much as 1.7 per cent.

Australia’s S&P/ASX 200 was down as much as 3 per cent, while Japan’s Topix fell 2 per cent, led lower by tech and healthcare companies.

The declines followed falls in US markets on Wednesday, as investors dumped shares in technology companies that had surged during the pandemic.

The shift has been driven by waning concern over the economic impact of the Omicron virus variant, with investors refocusing on the prospect of interest rate increases. The US Federal Reserve minutes released on Wednesday said that the central bank might raise interest rates “sooner or at a faster pace” than officials had anticipated to combat rising inflation.

The falls were led by the tech-heavy Nasdaq Composite index, which closed 3.3 per cent lower, its worst day since February 2021, and a sell-off in US Treasury notes.

With yields on US government debt climbing, the appeal of many unprofitable companies, including some that had only recently gone public, has taken a knock. Their valuations are dependent on potential future earnings and sensitive to rising rates.

The yield on the US 10-year Treasury increased two basis points to 1.73 per cent on Thursday, adding to gains since the start of the year.

The Hong Kong declines were led by tech and healthcare stocks, with GDS Holdings, a Chinese data centre operator, shedding as much as 7.8 per cent, and BYD Electronic, a manufacturer of mobile phone components, dropping as much as 9.8 per cent.

The sell-off followed a punishing year for Chinese tech stocks, with the Hang Seng Tech index down by almost a third in 2021 after Beijing launched a wide-ranging regulator crackdown.

Shares in Huarong, the Chinese bad debt manager that received a $6.6bn state-orchestrated bailout last year, fell as much as 25.5 per cent after halving in value on Wednesday, its first day of trading following a nine-month suspension.

Robert Armstrong dissects the most important market trends and discusses how Wall Street’s best minds respond to them. Sign up here to get the newsletter sent straight to your inbox every weekday