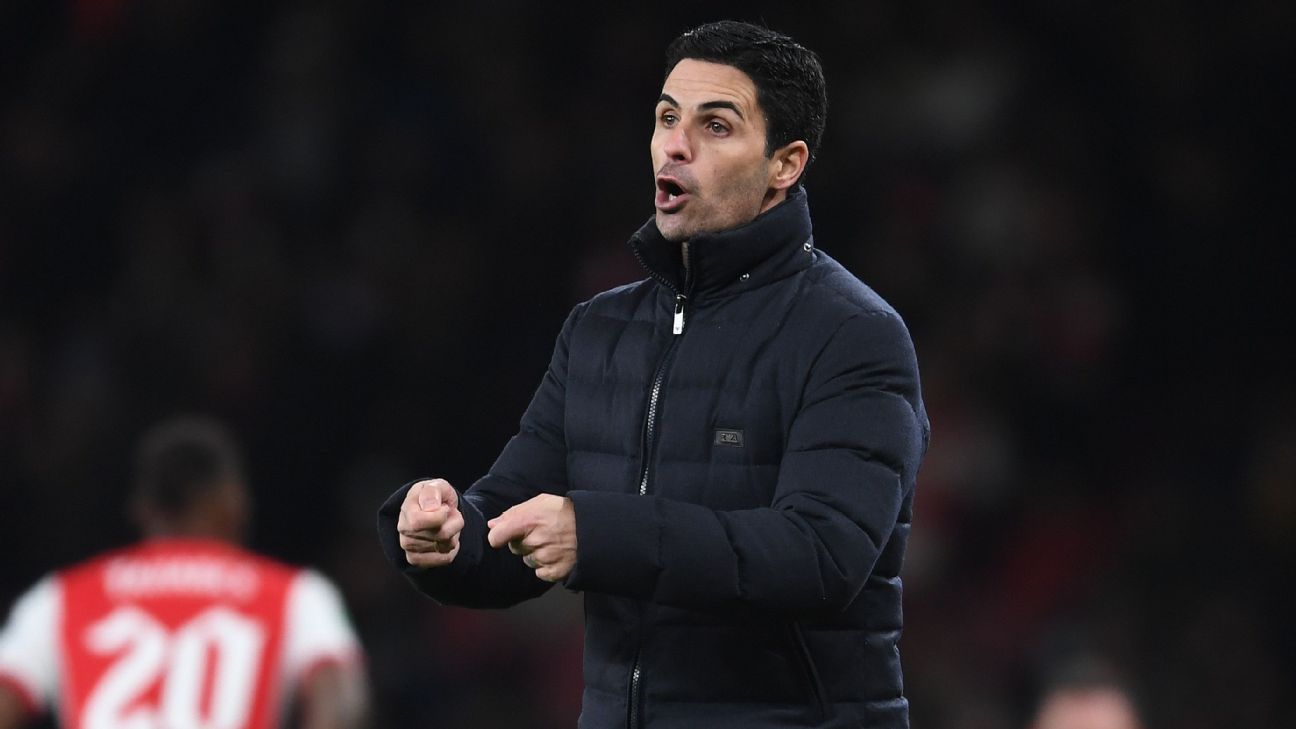 Arsenal boss Mikel Arteta has denied acting like a “dictator” in his handling of striker Pierre-Emerick Aubameyang and said he would quit as manager if players do not show him respect and commitment.

Sources have told ESPN that Arsenal are willing to listen to offers for Aubameyang after the 32-year-old was stripped of the club captaincy following a series of disciplinary breaches.

– Stream ESPN FC Daily on ESPN+ (U.S. only)
– Don’t have ESPN? Get instant access
– Is there a way back for Aubameyang at Arsenal?

“I don’t establish my authority by being dictatorial or being ruthless,” Arteta said. “I just ask for one thing: respect and commitment.

“At this level, if I don’t get that I pack my bags and go somewhere else because that is the minimum I can ask for. I am sorry but I am going to expect that from everybody who works for the club. First of all myself. And the day I don’t do that I walk through that door and go and do something else. It is as clear as that.

“To be successful you have to be passionate about something and you want to represent a club of this size with its history, that is the minimum standard you have to bring.

“I am not going to ask anybody to put the ball into the top corner every time they hit it, but I will ask them to do the right things every single day for this club. That is for sure.”

Although Aubameyang’s situation is not beyond repair, sources have told ESPN that Arsenal are open to exploring all options, including the possibility of a loan or permanent departure in the January transfer window.

It represents a dramatic fall from grace for Aubameyang, who has scored 92 goals in 163 games since signing for £56 million from Borussia Dortmund in January 2018 and last September was handed a three-year contract worth an initial £250,000-a-week.

Arteta’s stance on Aubameyang — which extends to the striker training alone, away from the rest of the squad — has divided opinion among Arsenal fans.

Aubameyang will depart for the Africa Cup of Nations next month as Arsenal also lose Nicolas Pepe, Thomas Partey and Mohamed Elneny to the competition for January.

Arteta played down the prospect of Arsenal signing players next month to help offset the shortfall.

“I don’t think we’re going to be able to sign players just for a short period of time because of this situation,” he said.

“That’s a little bit unrealistic but we’ll sit down and make the right decision if we can. They [the national teams] want the players yesterday, we want to keep them till next month!

“That is the conversation we are having right now. If you gave me the choice I would want them to stay because I need them and with the context we are in, I want them even more. But they have their obligations and we have to let them go.”