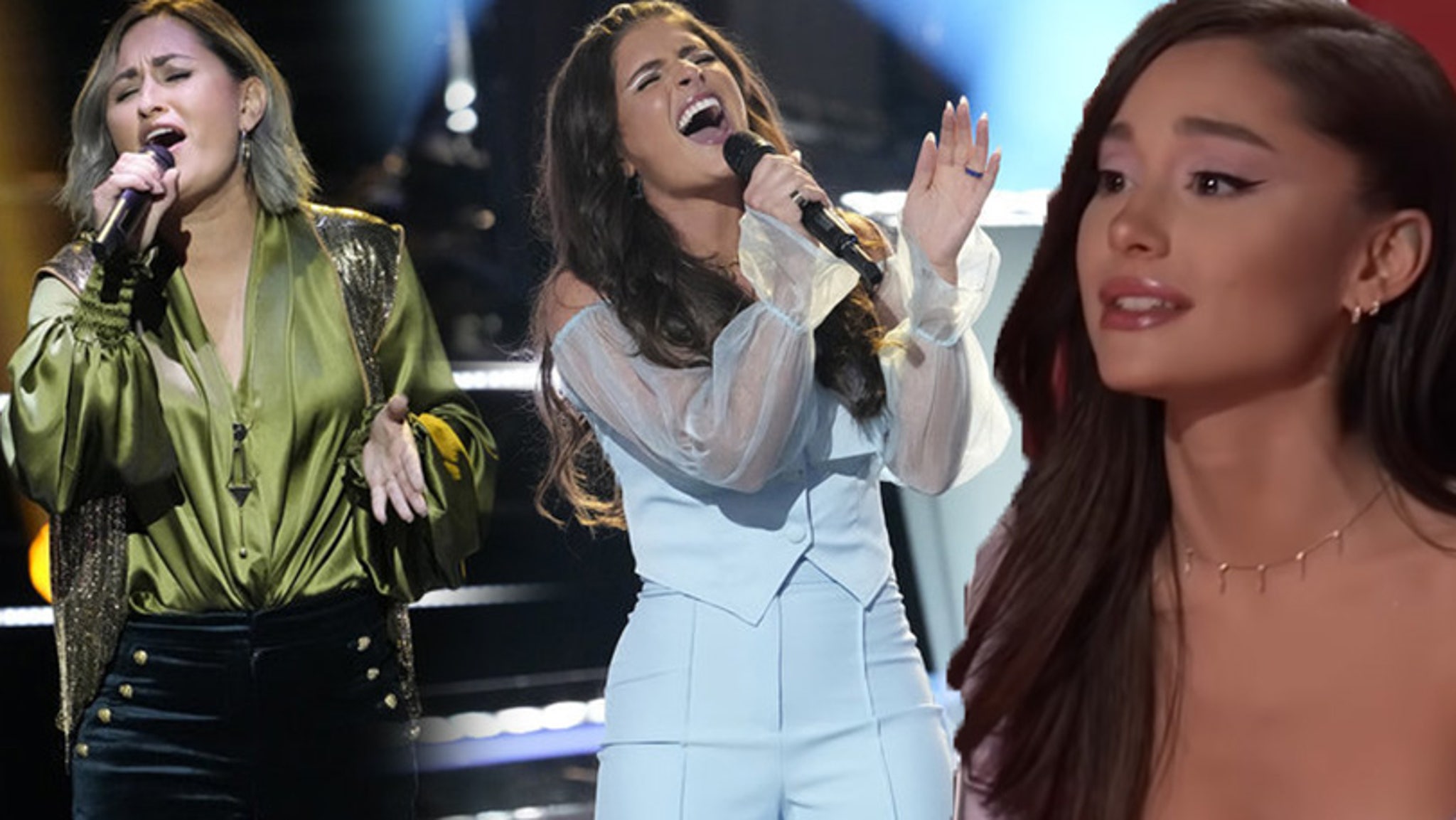 For the first time ever, all four Coaches fight to Save or Steal one contestant after they lost an incredible — and incredibly close — Battle Round.

Even after 21 seasons, there’s still room for firsts on “The Voice,” and thanks to a last-second button push, the beginning of the Battle Rounds offered one.

Steals and Saves haven’t been around since the genesis of this show, but they’ve been around long enough that it’s surprising we’ve never had a situation like what went down during Monday’s show. After one contestant lost their Battle, they found themselves in unprecedented waters.

Not only did their Coach use a Steal to try and snatch them right back up, but all three of the other Coaches hit their buttons in an effort to Steal. It’s the equivalent of a 4-Chair Turn for the Battle Rounds, and proved an incredible moment for the artist, who was overwhelmed by all the love.

Also overwhelmed were the celebrity mentors for this round as Blake Shelton had it right when he said these may be the best Battles we’ve ever seen on this show. So many of these were won by razor-thin margins, with some genuine tragedies already emerging as some great talent was sent packing.

Fair warning, since I’m safe at home, I’m probably going to be a little harsher than my colleagues Kelly Clarkson, John Legend, Ariana Grande and Blake Shelton. And just for fun, I’m going to rank the overall performances from worst to first so we can see how my favorites do as the season progresses.

Kaitlynn Carter Reveals How Brody Jenner Really Found Out She Was Pregnant — It Wasn’t on The Hills!

(Team Ariana – “Sugar, We’re Goin’ Down,” Fall Out Boy) Kristin was right about Chavon struggling with enunciation at times; it was atrocious in places. Both guys really brought a lot of grit and energy to this piece, which came together nicely, but it felt more comfortably in David’s wheelhouse and he really knocked it out of the park. We felt he was underappreciated in the Blinds, when Ari was the only one to turn for him, and he really showed why here. He’s a great performer vocally, as well as visually. He’s got that edge to his voice, but also range and power and most importantly, you believe what he’s singing. He draws you in. We’d give this one to David, hands down.

The Joy Reunion vs. Peedy Chavis

(Team Blake – “Joy to the World,” Three Dog Night) This was an unlikely pairing and they never really felt like they belonged together throughout this piece. That said, both individual acts were quite strong, with Peedy proving he’s more than just an Elvis impersonator; he’s got some real pipes in there and a very interesting and unique stage presence. His voice rings out pure and strong, but he’s often looking down and not engaging. The Joy Reunion has great harmonies — plus uniquely exciting solo voices — and a confident stage presence with lots of energy. For that reason alone, we’d probably give them the slightest edge and encourage Peedy to keep marinating on who he is as an artist and finding his voice and presence as a performer.

(Team Legend – “I Know What You Did Last Summer,” Camila Cabello & Shawn Mendes) These Battles are just beginning, and already we’re struggling to find weak singers. A killer pairing that was so evenly matched up, we found ourselves going back and forth. KJ has such a powerful quality to her voice, with a hint of an edge there that draws you in. Samuel, meanwhile, lives in the edge with a killer sound. But here, he had us feeling the pain of being cheated on in a way that surprised us. KJ tapped into that guilt as well, proving both are impeccable lyrical interpreters. It was a palpable performance with each enjoying moments. We’d probably give the slightest edge to Samuel — but with regret if that means KJ would be out.

(Team Ariana – “No More Tears (Enough Is Enough),” Barbra Streisand & Donna Summer) The performance that kicked off these Battle Rounds and what a powerhouse performance it was. Both women came out with ever weapon in their arsenals on a huge track. It was powerful and effortlessly collaborative, with the ladies allowing each other to shine so well, we went back and forth on our winner over and over again. Bella had some sustained notes that served as background to Katie and they were sublime, so powerful and incredibly controlled. But for us, Katie has the slightest edge of texture and depth in her voice that we find a little more intriguing. Ultimately, though, both should continue as that was just incredible!

(Team Kelly – “Seven Bridges Road,” The Eagles) What a challenge for Kinsey to stand out with a trio of singers while singing a song that’s built on harmonies. And yet, she managed to not only sing almost seamlessly with them on those harmonies, but find her moments to shine as a vocalist while maintaining her almost honky-tonk country sound. It was an impressive job from Kinsey, but we’re still so compelled by the incredible harmonies in Girl Named Tom. We’d have to give them the slightest edge, while conceding that girl to girl, Kinsey did win ever so slightly in solo work.

The aftermath of this result was a tour de force in crazy as not only did Kelly go for the Steal, all three other Coaches (eventually) went for the Steal. Ariana was as last-minute as you can get, jumping in after Carson Daly asked Kinsey who she picks, while Blake went on a long, long ramble about Team Kelly being a car accident, with Kelly the driver of the other car that caused it (she did Block him from Kinsey in the Blinds). It was so ridiculous, Ariana feigned leaving altogether during it.

(Team Kelly – “Hold On,” Justin Bieber) All of the notes from rehearsal were spot-on, and it culminated in an incredible piece that showcased both artists beautifully. Interestingly, Jeremy has this incredible upper register that takes your breath away — including his soaring falsetto — while it’s Jershika’s lower timbre that leaves you breathless. Both bring so much passion to their performances, it’s really hard to differentiate one as obviously stronger. Those harmonies were on point, too. Just because it is so compelling in an unexpected way, we’d probably give yet another slightest of edges to Jershika — with the demand that Jeremy stay in the competition, as well.

“The Voice” continues Mondays and Tuesdays at 8 p.m. ET on NBC.