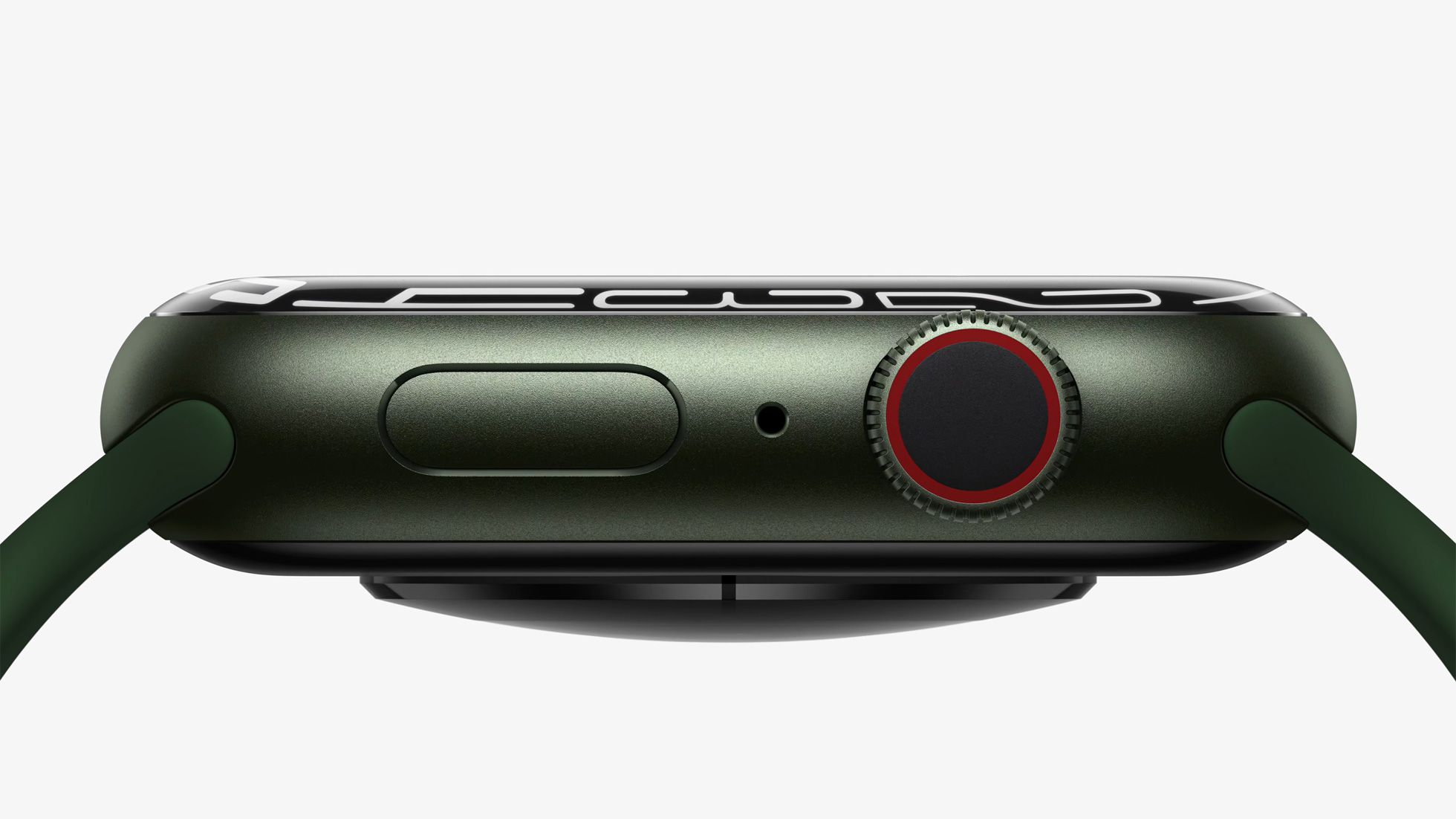 Despite speculation that the Apple Watch Series 7 may be thinner or thicker than its predecessors, the latest models have the same thickness as the Series 6.

Now that Apple’s official specification pages have gone live, it has been confirmed that the ‌Apple Watch Series 7‌ models are 10.7mm thick, which is the same as the Series 6 models that have today been discontinued. Both the 41mm and 45mm casings have the same thicknesses.

While early specification documents obtained by MacRumors revealed many aspects that Apple did not clarify during the announcement of the device, such as the S7 chip, the thickness and exact dimensions were unknown until today.

Alleged renders that depicted an ‌Apple Watch Series 7‌ with squared-off edges suggested that the new model would be 1.7mm thinner, with an overall thickness of 9mm. Contrastingly, Bloomberg‘s Mark Gurman said that the Series 7 would be “slightly thicker overall” than the Series 6. Once it was announced, promotional images of the ‌Apple Watch Series 7‌ also fuelled speculation that the new models may be thinner. It is now clear that none of these rumors turned out to be correct.

The smaller 41mm Series 7 model is also 1mm wider than the 40mm Series 6 model, but the 44mm and 45mm models have the same width. Bands from older Apple Watch models continue to be functionally compatible with the Series 7, but these dimensions could indicate that older 38mm or 40mm bands used with the 41mm model may not be completely flush with the casing, although the curvature of the casing may mitigate this issue. This would not be a potential problem with the larger 45mm model since it has the same width as the 44mm model.

Apple Watch Series 7 to Come in 41mm and 45mm Case Sizes, Will Be Compatible With Older Bands

An image purporting to show a “45mm” Apple Watch band has surfaced online ahead of the expected unveiling of Apple Watch Series 7 models next month. The small, low-resolution image, shared by “DuanRui” on Twitter, originated from the Chinese social media network Weibo and appears to show the underside of an Apple Watch band, which could be a Saddle Brown Leather Link band. While it is not…

The upcoming Apple Watch Series 7 will come in larger 41mm and 45mm case sizes, replacing the current 40mm and 44m options offered since the Apple Watch Series 4, according to a leaker on popular Chinese platform Weibo. The account sharing the information goes by UnclePan, who has shared information regarding Apple’s plans in the past. According to a post from the leaker this week, the…

Apple’s online store is down as of writing as the company prepares to open pre-orders for the Apple Watch Series 7, but unusually Apple still hasn’t officially provided full pricing information for the new models. Despite that, YouTuber and leaker Jon Prosser managed to find out pricing details for the new series and has published a full breakdown for each model and casing. Perhaps…

What to Expect From the Apple Watch Series 7

Apple in just a few weeks is expected to release the Apple Watch Series 7 alongside new iPhone 13 models, and it’s looking like this could be one of the most exciting design updates we’ve had to the Apple Watch in a few years. Subscribe to the MacRumors YouTube channel for more videos. We’re not expecting new health features this year, and if there are new health sensors, Apple has kept them…

A major redesign appears to be in store for the upcoming Apple Watch Series 7 models, based on recent reports. According to renders from 91mobiles that were reportedly obtained from supply chain sources, the Apple Watch Series 7 will offer a new design that mirrors the squared-off edges of the iPhone 12 lineup, iPad Pro, iPad Air, and 24-inch iMac. The Series 7 will also apparently be 1.7mm…

Along with an increase in size for the upcoming Apple Watch Series 7, which is rumored to feature larger 41mm and 45mm sizes, Apple plans to include new watch faces that take advantage of the larger displays. In the latest publication of his “Power On” newsletter, Bloomberg’s Mark Gurman has put his weight behind recent rumors suggesting that thanks to smaller bezels and a flat-edged design, …

Apple is now accepting pre-orders for the Apple Watch Series 7 models through its online storefront and the Apple Store app. Pre-orders are available in more than 50 countries. There were no major design changes to the Apple Watch Series 7 as was rumored, but the new models feature a larger display with slimmer bezels and new 41mm and 45mm case sizes. Charging is 33 percent faster thanks…