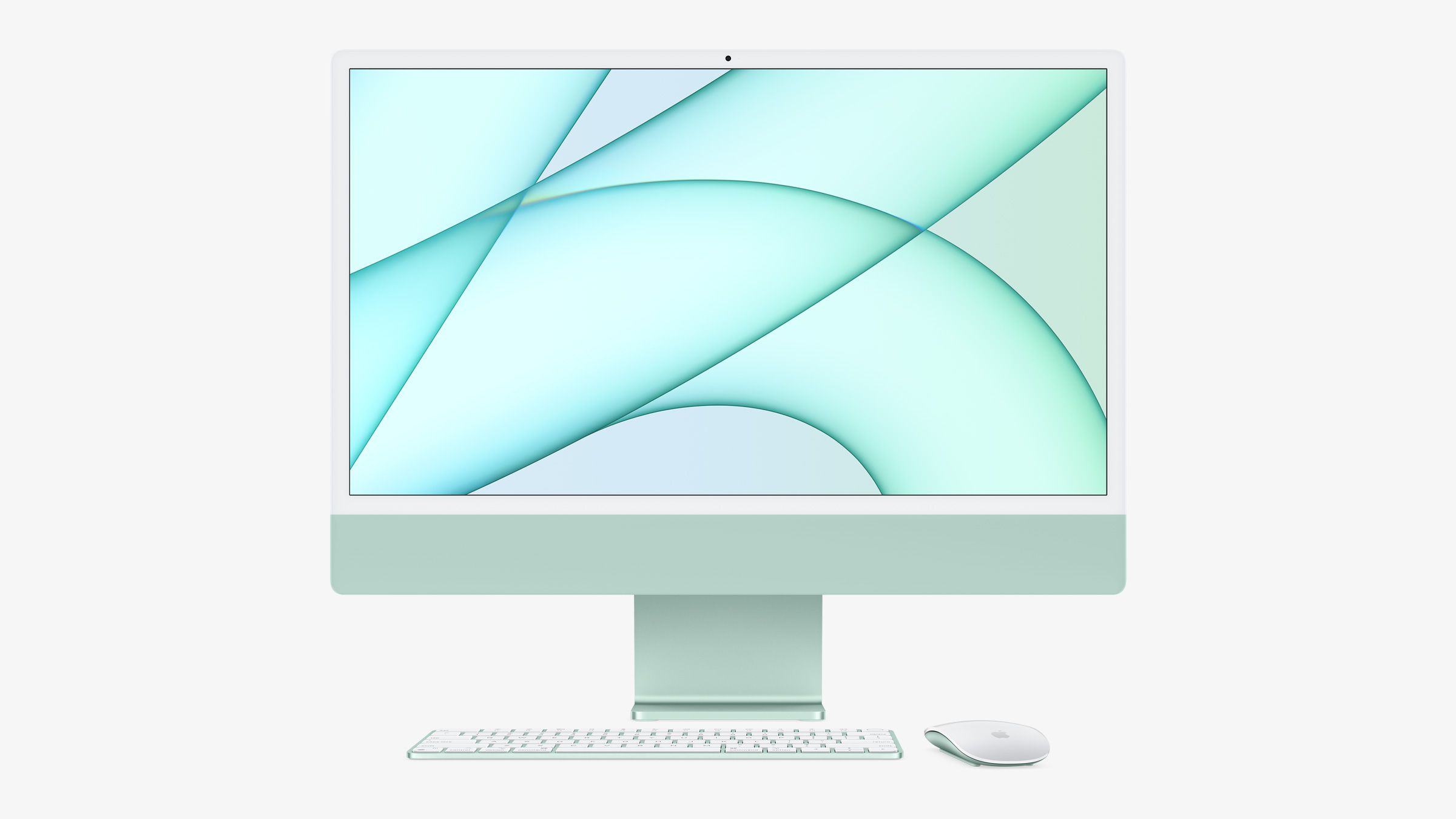 Apple is planning to introduce a new 27-inch iMac in early 2022, according to Display Supply Chain Consultants CEO Ross Young. This information comes from both Young’s tweets and additional details that he shared with MacRumors.

Young told MacRumors that the 27-inch display for the iMac will feature mini-LED backlighting, which likely means that it will have XDR branding. Young tweeted that Apple is currently planning to release the new iMac in the first quarter of 2022.

Young added that the 27-inch iMac display will feature ProMotion, allowing for an adaptive refresh rate between 24Hz and 120Hz. At the time this story was published, Young did not say what the display’s resolution would be, but the current 27-inch iMac has 5K resolution.

Apple has introduced a few other products with mini-LED displays, including the 12.9-inch iPad Pro earlier this year and the 14-inch and 16-inch MacBook Pro this week. Young expects Apple’s recent leadership with mini-LEDs to continue with the new iMac.

While he made an initial misstep with this rumor in stating it was for a standalone display rather than an iMac, Young has proven to be very accurate with display-related rumors, having accurately forecasted that the new iPad mini would feature an 8.3-inch display and that the new MacBook Pro models would feature ProMotion. Young has 25 years of experience in the display industry and seems to be well connected with sources within the supply chain.

Update 9:45 p.m.: This article has been rewritten to reflect a correction issued by Young. While he initially stated the 27-inch mini-LED display was for an external monitor, he is now saying it is destined for an updated iMac. A monitor could come later.

Rather than a mini-LED display being limited to just the high-end 12.9-inch iPad Pro, Apple plans to make the new display technology also available on the smaller 11-inch iPad Pro next year, according to well respected Apple analyst Ming-Chi Kuo. In an investor note obtained by MacRumors today, Kuo said that alongside a new MacBook Air equipped with a mini-LED display next year, Apple is…

Apple’s use of mini-LED panels in its forthcoming MacBook lineups will catalyze supplier investment and push the entire industry toward adoption of the display technology, according to analyst Ming-Chi Kuo. Like the 12.9-inch iPad Pro, Apple’s upcoming redesigned 14-inch and 16-inch MacBook Pros are expected to feature mini-LED displays. In his latest investor note, seen by MacRumors, Kuo…

Apple is widely rumored to be planning a new iPad mini with a significant redesign, including a larger 8.5-inch to 9-inch display with slimmer bezels, a Touch ID power button instead of a home button, a USB-C port instead of a Lightning connector, and more. According to a paywalled preview of a DigiTimes report today, the sixth-generation iPad mini will also feature a mini-LED display:BLU…

Apple display supplier Samsung is in the early stages of preparing its production line for OLED displays that are expected to be used in future models of the MacBook Pro, according to new information shared today by The Elec. The report says that Samsung Display has begun early development of a new production process for OLED displays. This new production capacity will be used by Apple for…

Upcoming 12.9-Inch iPad Pro Supplies Could Be Limited Due to Mini-LED Production Issues

Apple’s upcoming 12.9-inch iPad Pro may be in short supply when it launches due to production issues of the mini-LED display being used in the device, reports Bloomberg. Apple suppliers are experiencing poor manufacturing yields of the display, and at least one mini-LED maker has had to pause production as a result of these issues. Though there are troubles with mini-LED display…

Apple today announced its long-awaited major redesign for the MacBook Pro, featuring configurations with the M1 Pro and M1 Max chip, a mini-LED display with ProMotion, an HDMI port and SDXC card reader, charging with MagSafe 3, a notch housing a 1080p webcam, and more. The MacBook Pro features a new design and is available with 14.2-inch and 16.2-inch display sizes. The 14.2-inch model is…

Apple is seemingly preparing for high demand for its upcoming redesigned 14-inch and 16-inch MacBook Pros, and, as a result, has reportedly enlisted a second supplier for its mini-LED displays ahead of their launch. According to DigiTimes, Apple has added Luxshare Precision Industry as the second supplier for surface mounting technology (SMT) for mini-LED displays. Apple had previously only…