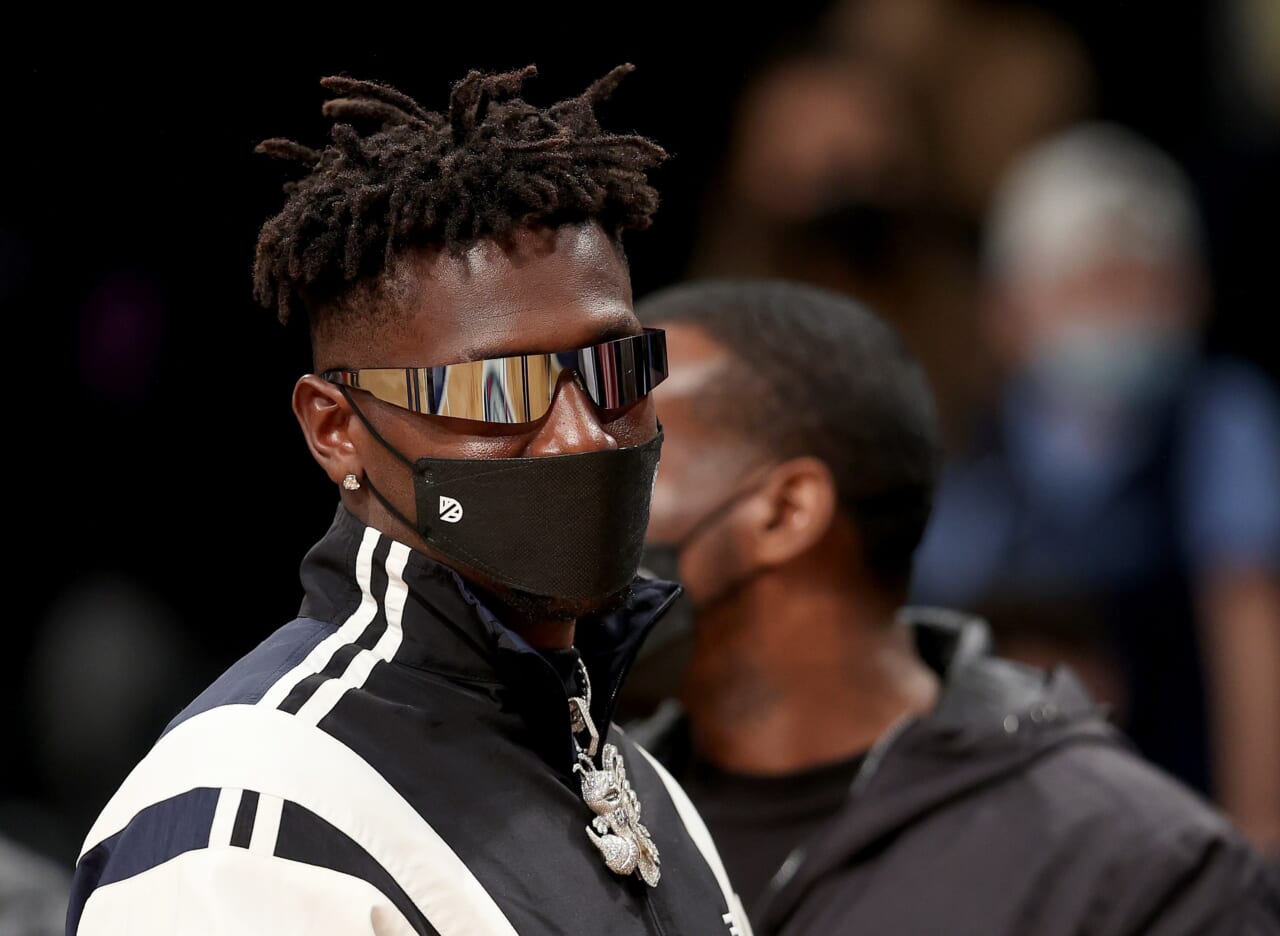 “This isn’t a complaint about AB being cut,” Burstyn tweeted Sunday morning using his client’s abbreviated nickname. “It’s an example of underhanded treatment of an injured player that obscures what happened last Sunday.”

Accounts from players, coaches and reporters vary on what took place leading up to Brown’s sudden dismissal from the Buccaneers.

Cameras were rolling on Jan. 2 when the 33-year-old took off his jersey, shoulder pads and an undershirt while on the sidelines in the middle of the third quarter at MetLife Stadium in East Rutherford, New Jersey.

Brown threw his shirt to fans sitting near the end zone as he hopped across the field before entering a tunnel headed to the locker room.

Bucs head coach Bruce Arians told reporters last week that he told Brown, “You’re done, get the F out of here,” on the sidelines after Brown complained about not getting enough targets from quarterback Tom Brady and refused to go back into the game.

Brown told his Instagram followers on Wednesday that Arians and other Bucs coaches ignored his concerns about an ankle injury before and during the Jets game, sharing screenshots of text messages between him and Arians as evidence.

Burstyn said members of Brown’s camp were in the process of scheduling an appointment with a surgeon chosen by the Bucs on Thursday when they learned on Twitter that the team had fired Brown “for not seeing that very same surgeon.”

“On Wednesday night, the Bucs had concocted their bogus scheme to engineer a way to cut AB,” Burstyn tweeted. “The Bucs picked an arbitrary appointment time outside of normal business hours early Thursday morning. They also fumbled around with a Wednesday afternoon [appointment] at the last minute.”

Burstyn said the Bucs’ sudden concern about Brown’s health “was a surprise” since Arians told reporters Brown was “no longer a Buc” during a post-game press conference on Jan. 2.

“Knowing they can’t stand by Bruce Arians’ decision to cut AB for refusing to play through an injury, the Bucs formally claim to have fired AB for refusing to show up to a doctor’s appointment,” Burstyn tweeted. “It’s unusually perverse for the Bucs to use medical care as a setup to fire someone. Doctors are heroes, not pawns.”

The reason the Bucs set up a doctor’s visit for Brown, according to Burstyn, was to avoid scrutiny for Arians firing Brown on the sidelines in the middle of a game, a move Burstyn said was “degrading, inhumane, abusive, and unlawful.”

“They tried covering it up using their latest dirty trick: “Surprise attack” medical care that they reasonably planned for AB to receive,” the attorney tweeted. “This was pure gamesmanship to create a pretextual termination. All Antonio did was ask to be seen at a reasonable hour by a doctor with current medical records. When AB spoke up about his health this week, he was fired. On the field, then on Twitter.”

So far, the Buccaneers haven’t responded publicly to Burstyn’s digital diatribe. The team did not respond Monday to a request for comment from theGrio.