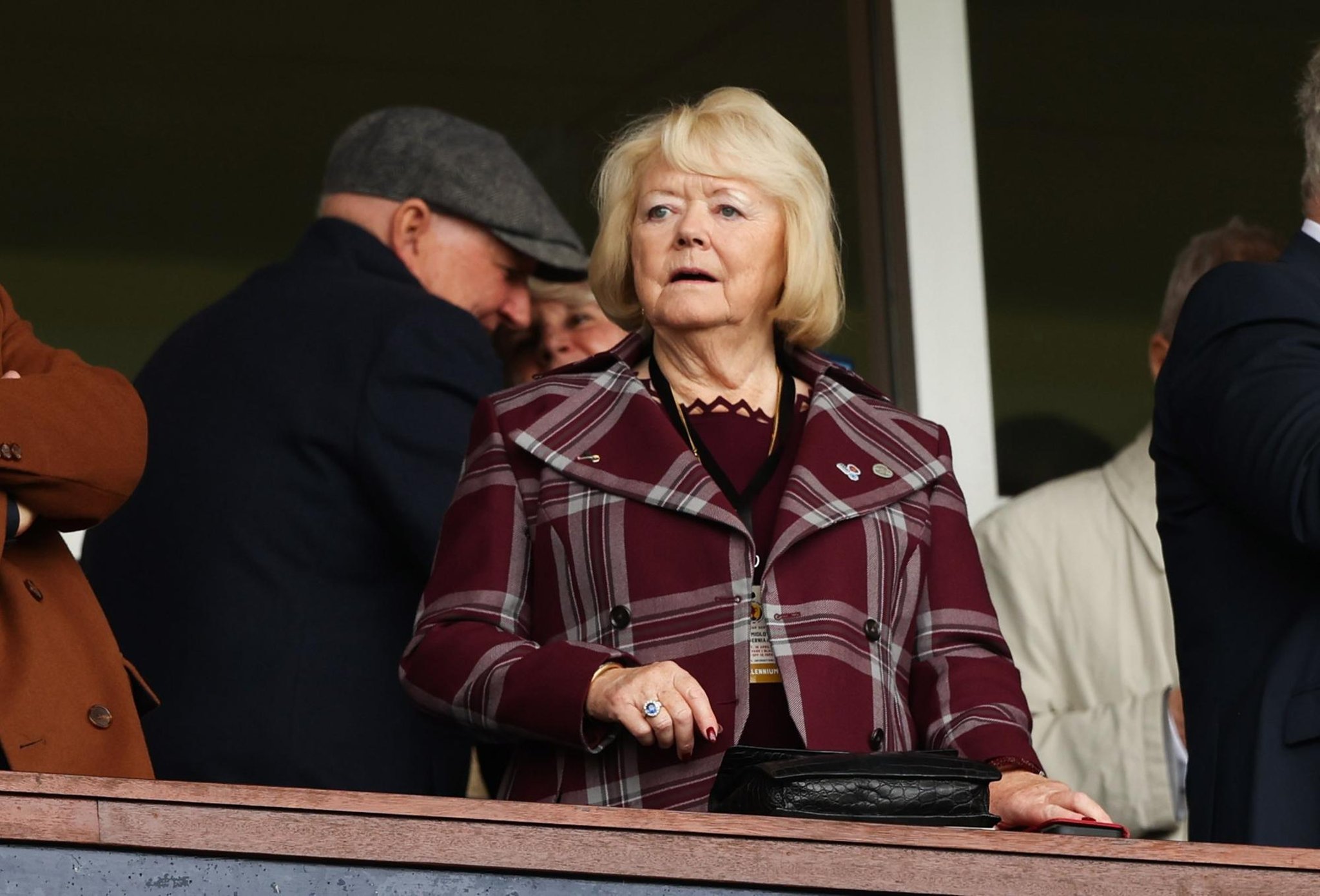 Ann Budge during the Scottish Cup semi-final between Hearts and Hibs at Hampden.

“I am a realist so I recognise this won’t be a walk in the park,” says club chairwoman Ann Budge, as she looks ahead to the latest meeting between the teams – their first in a final since Colin Cameron and Stephane Adam scored to bestow legendary status on that squad. “But, equally, I keep telling myself that the first cup final I was at was the ‘98 cup final. I went through with a couple of people I worked with at the time and my daughter and I didn’t think we had any chance whatsoever.

“I was still relatively new to football and I didn’t have the passion that, certainly, my daughter had. So, for me it was a case of ‘yeah, it’s great to be here, great to experience it but…’ I didn’t say it out loud because Carol wouldn’t have been happy, but I didn’t expect to win.

“The fact that we did… when I think about that now, and I have been thinking about it, I think maybe we can do it again and, yeah, maybe this would be a nice bit of symmetry.”

The woman who stepped up to save the club when administrators were called in and all hope seemed lost, Budge relinquished her place as majority shareholder this year. The handover to the Foundation of Hearts in one of the most notable events of the club’s history and having already secured third place and European football, a Scottish Cup win would tie things up neatly.

Still on the board and actively involved, with things running smoothly on and off the pitch, the silverware is being viewed as the ultimate ‘thank you’ and the ideal way to mark the club’s turnaround.

“Quite a lot of supporters have said ‘we have got to win this Ann, we’ve got to win it for you’. I don’t see it that way. But I think we all agree that whatever the reason, winning it would be great!”

Relinquishing control has been strange and she is, she admits, still adjusting. But, fully aware of how far they have come since 2014, she is determined to see the club press home this season’s advantage and invest again, rather than give others the opportunity to close the gap.

Her fellow owners, well over 8,000 of them, would approve.

“I find it quite funny, because when you see people they still say ‘oh, there’s Ann Budge, she’s the owner of Hearts’ but that’s not true anymore, although, yes, I suppose I’m one of the owners.”

Back in 1998, she was one of the masses who waited in Edinburgh to welcome the team bus back. It was, she admits, a revelatory occasion.

“I remember standing at Haymarket with rather a lot of other people and my dad phoned me. He was staying with me at the time. He was a Hibs supporter but he always wanted Hearts to win as long as we weren’t playing them. He’d watched the game and several hours had passed so he phoned me to ask where we were. I think he had visions of my daughter leading me astray!

“I think that day did help because you see what it means to people and you began to understand why. To win a game like that, against the odds, gets the juices flowing.”

Those first-hand experiences have helped as she burned the midnight oil trying to save the club. But, she has had to stay slightly aloof from the emotions that swirl around football stadia.

If she hadn’t, she may have been prone to knee-jerk reactions and following the ignominious cup loss to Brora Rangers last term, Neilson may have been sent packing. And, given the personal abuse that was dumped on her doorstep, both at her home and at the ground, as people with short memories called for her to be ousted, she could have allowed negativity to take over.

“It wasn’t nice, but it affected others more than me. People who know me know that I try not to get too up or too down and Robbie is the same. But winning games always helps and this season has been a good season.

“We have had a couple of finals recently – this is the third Scottish Cup final in four seasons – that haven’t gone our way.,

I admit, I did think we were going to do it in the last one, but I don’t get nervous until I’m at the game.

“When we scored in the last final to get to the penalty situation I remember thinking ‘we’ve done it this time, we’ve definitely done it’. But the last 20 minutes of the game were so nerve-wracking, just like it was for every other fan and to lose was gutting.”

Whatever the outcome this afternoon, the campaign has already been declared a success. Returning from their Championship exile, they cantered to a third place finish and defeated rivals Hibs in the Scottish Cup semi-final to convert that league achievement into guaranteed group stage football in Europe next term.

And, for someone who tagged along to that 1998 for the experience and has shown the level-headed business acumen needed to accrue the fortunes needed to save the the club, Budge admits that some of the football craziness has seeped in.

Her daughter has a lucky teddy that goes with her Hampden – ‘although my granddaughter Emma might take it this time’ – but that’s no longer the only superstition.

From certain maroon clothing to certain earrings gifted to her by her father, the logical side of her brain tells her there is no credibility to lucky pants or talismans. But when something has come to mean so much to someone, where’s the harm in covering all bases?