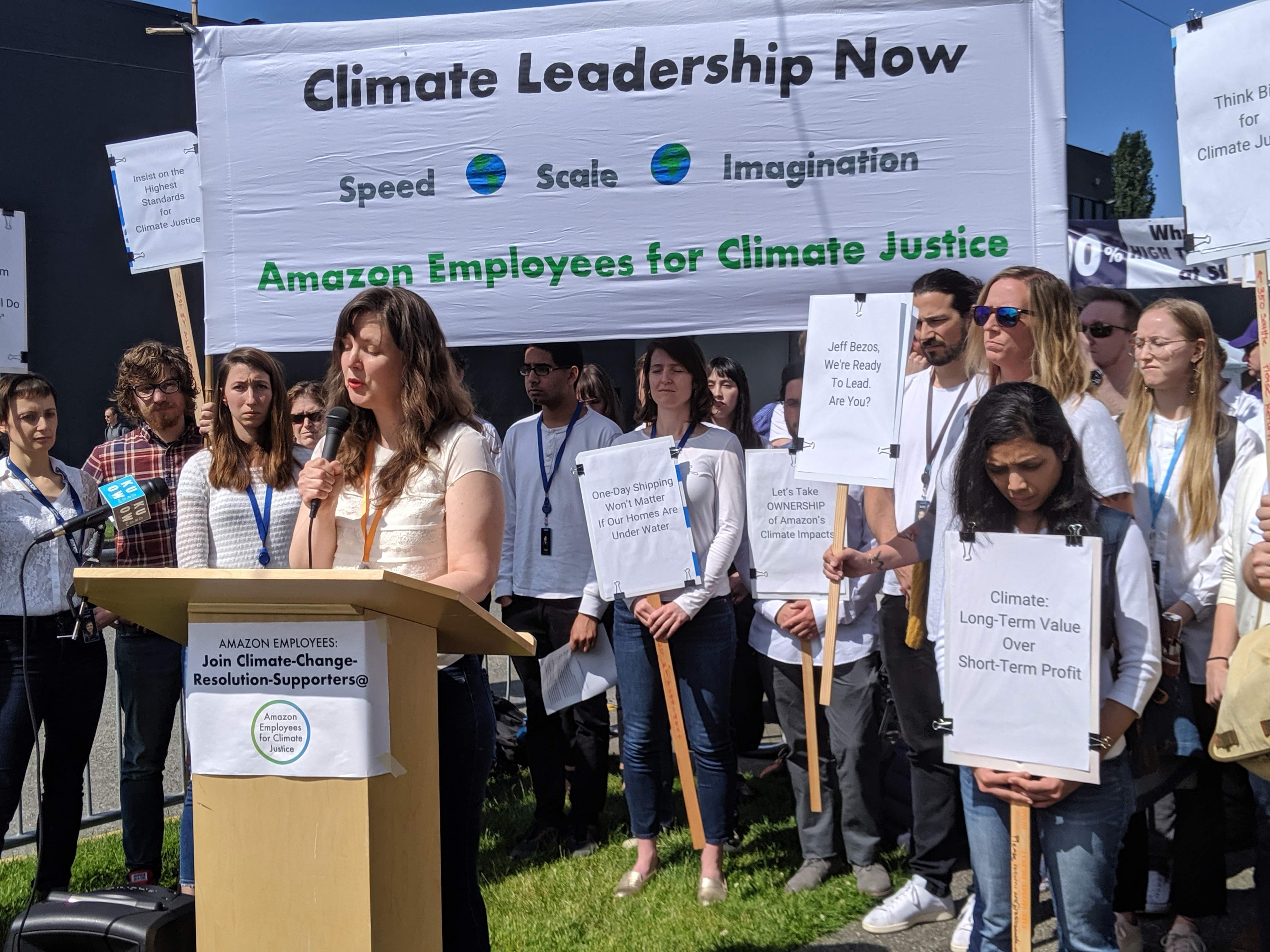 Updated with details of settlement and statement from former employees.

Amazon has reached a settlement with two former employees who criticized its position on climate change and conditions inside its warehouses, five months after the National Labor Relations Board found that the company engaged in illegal retaliation by firing them.

The former Amazon employees, Emily Cunningham and Maren Costa, said in a joint statement that the settlement requires Amazon to pay them for lost wages and “post a notice to all of its tech and warehouse workers nationwide that Amazon can’t fire workers for organizing and exercising their rights.”

“This is a win for protecting workers rights, and shows that we were right to stand up for each other, for justice, and for our world,” they said in the statement.

The settlement was announced prior to a hearing in the case this week. Originally set for Tuesday, the hearing was delayed to provide more time for settlement talks, the New York Times reported.

“We have reached a mutual agreement that resolves the legal issues in this case and welcome the resolution of this matter,” an Amazon spokesperson said in a statement Wednesday afternoon.

Cunningham and Costa were leaders of the group Amazon Employees for Climate Justice, who pushed the company to take aggressive action on climate change, and raised public concerns about warehouse conditions at the outset of the pandemic.

The NLRB decided in favor of the former employees in April, finding that the evidence supported their allegations of illegal retaliation. The NLRB brought the case to an administrative law judge for the hearing that was set to take place this week.

Amazon had disputed the NLRB’s findings. The company asserted that it fired the employees for repeatedly violating its external communications policy, but made the case that it didn’t do so based on the contents of their statements. An Amazon spokesperson said previously, “We support every employee’s right to criticize their employer’s working conditions, but that does not come with blanket immunity against our internal policies, all of which are lawful.”

In their NLRB complaint, Costa and Cunningham alleged that Amazon fired them “based on discriminatory enforcement of policies or work rules,” as CNBC reported.

The case brought new scrutiny to Amazon’s treatment of activists in its workforce, including a May 2020 letter to then-Amazon CEO Jeff Bezos from Sens. Elizabeth Warren and Bernie Sanders. Tim Bray, an Amazon vice president and distinguished engineer, quit in protest over the terminations of Cunningham and Costa.