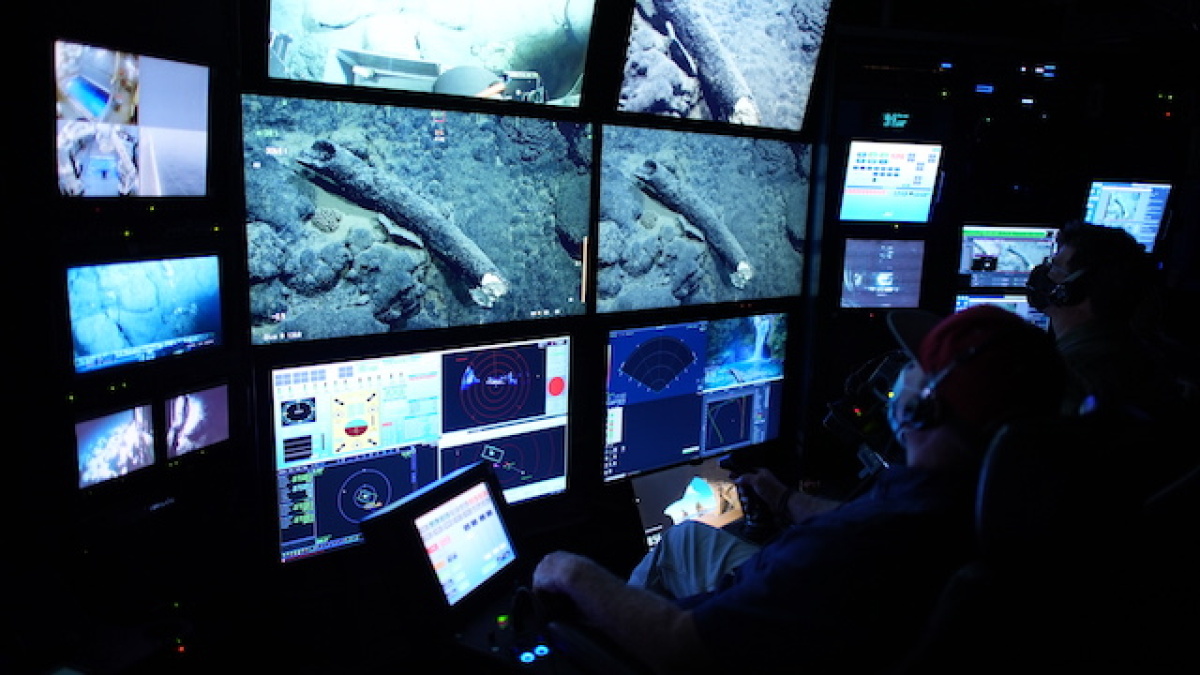 The deep, dark sea is a stunning realm.

Down there, it’s normal to happen upon unprecedented, never-seen-before animals and intriguing behavior. Sometimes, sources for precious new medicines are collected — and many more are almost certainly waiting to be discovered.

What marine scientists didn’t expect to find, however, was a three-foot-long tusk from an extinct mammoth some 10,000 feet beneath the ocean. Researchers collected the specimen off the California coast in July 2021.

“You start to ‘expect the unexpected’ when exploring the deep sea, but I’m still stunned that we came upon the ancient tusk of a mammoth,” Steven Haddock, a marine scientist at Monterey Bay Aquarium Research Institute, said in a statement.

Columbian mammoths, giant ice age mammals that stood some 14 feet tall, marched around what is now California as recently as some 11,000 years ago. Paleontologists are still pulling their well-preserved bones out of tar in Los Angeles.

How did a tusk find its way to the deep sea? It’s unknown, and likely will remain unknown. But land-dwelling creatures are sometimes washed out into deeper ocean regions, perhaps during great floods.

The extreme environs in the deep sea — the intense cold and pressure — excellently preserved the tusk. The research team plans to scrutinize the fossil and even determine the long-dead creature’s age. They suspect it’s over 100,000 years old.

“This specimen’s deep-sea preservational environment is different from almost anything we have seen elsewhere,” mammoth paleontologist Daniel Fisher said in a statement, noting that most mammoth finds in the ocean are in much shallower waters (“tens of meters” deep).

Deep sea scientists know the more they explore, the more they’ll be stunned by what lies, and lives, in the great depths.

“We know so little about the deep ocean that pretty much anyone can find something new if they were doing something unique down there,” Alan Leonardi, the director of the National Oceanic and Atmospheric Administration’s Office of Ocean Exploration and Research, told Mashable last year.