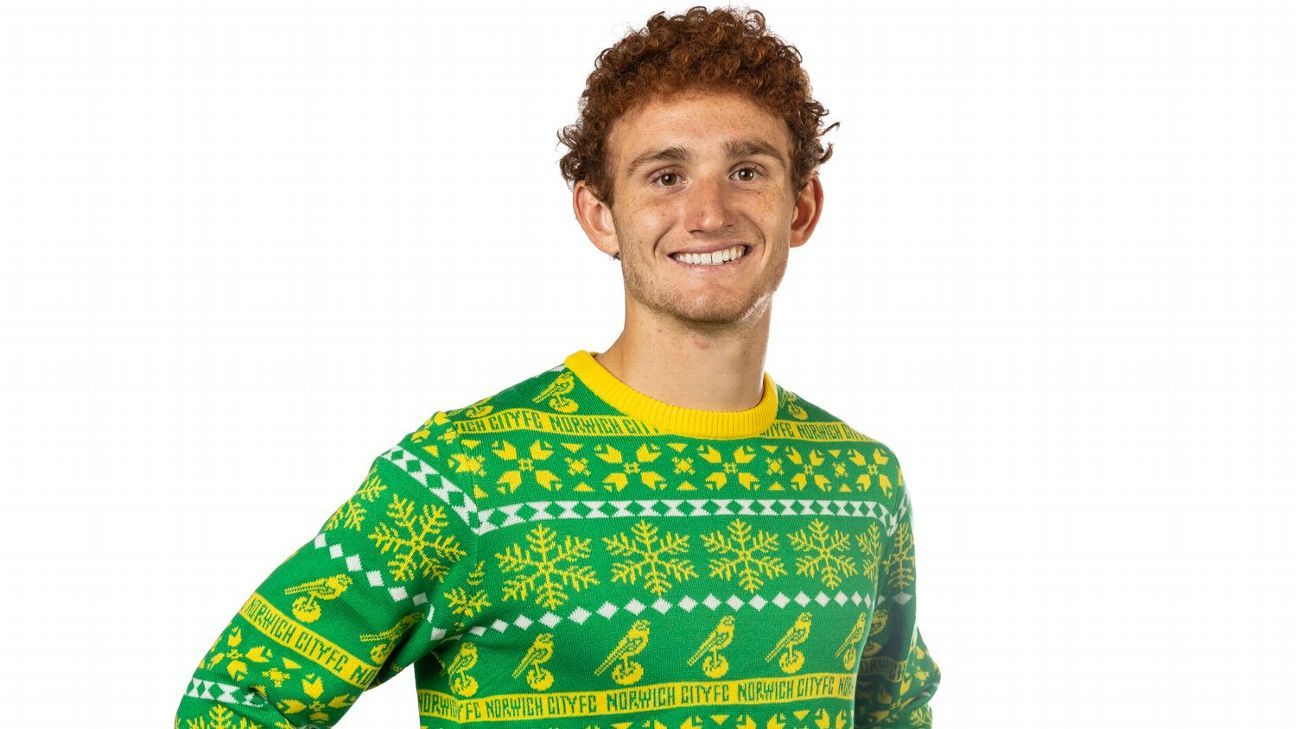 With just a week left until Christmas Day, soccer clubs are still peddling all kinds of branded merch and apparel for the holiday season.

But for any fan who is truly set on showing their team’s colours over the festive period, the Christmas sweater is an absolute essential for the winter wardrobe.

Thankfully, all of the top clubs are more than happy to oblige, with Yuletide knitwear becoming an annual fixture in their online stores.

As ever, there are a variety of approaches taken over the designs, from the club crest subtly incorporated into a traditional pattern to Santa Claus being co-opted as a supporter. One Premier League club has even released a festive Hawaiian shirt, while an Italian team has been playing matches in a Christmas-themed kit over the festive period for a few years now.

Here’s our look at some of the official knitwear on offer in 2021 from clubs across the top leagues.

The Rossoneri‘s turtleneck sweater comes with the Zlatan Ibrahimovic seal of approval.

The Gunners don’t need to come up with a new design every Christmas when they have their ever-popular “bruised banana” pattern to stir up pangs of nostalgia in fans of a certain age. But at least this season they’ve got summer signing Martin Odegaard to model it.

We’d love nothing more than to see Jose Mourinho forced to model Roma’s Christmas sweater like a grumpy old Grinch, but alas, it’s clearly not that magic a Christmas.

Barca’s Blaugrana reindeer sweater is nice enough, but it must be the integrated bobble on his hat and the Fair Isle-patterned sleeves that are putting the smile on Jennifer Hermoso‘s face.

Bayern’s outrageous 2020 Christmas sweater featured a gnome, the Munich skyline, 3D snowballs as well as built-in light and “crowd roar” sound effects. This year’s offering is a far more traditional design, which must have come as a relief to Jamal Musiala, Carolin Simon and Sydney Lohmann.

Dortmund have plumped for a rather crude snow-bound stadium scene that, as much as Emre Can is doing his best to sell it, looks as if it was put together using Microsoft Paint circa 1999.

This is hardly a sweater befitting the reigning European champions, made all the worse by the kind of groan-inducing pun usually found in the very cheapest of Christmas crackers.

Like a fine tapestry, Palace’s sweater depicts an impressively elaborate scene as Santa and his reindeer fly high above the Holmesdale stand at Selhurst Park.

Milan is famed for its fashion, and Inter’s blue-and-black checkerboard sweater is nice enough to be worn all winter. The Scudetto in the centre of the chest, the shield bestowed upon the reigning Serie A champions, is also a lovely touch.

Juve have also gone for the checkerboard look, although theirs features an odd nod to the periodic table that is reminiscent of the very unfestive “Breaking Bad.”

While Hawaiian shirts aren’t typically suited to the Yorkshire climate come deep December, we simply have to commend Leeds for coming at their Christmas range from a unique angle. Mele Kalikimaka!

Liverpool roll out the same sweater they released last year, with the club’s crest and motto formed into the shape of a Christmas tree and accompanied by a scattering of snowflakes.

United have boldly attempted to claim Santa as one of their own, but we won’t believe it until St. Nick formally gets his own statue outside Old Trafford.

The Canaries’ seasonal sweater, in their traditional club colours of bright green and yellow, is much nicer than it sounds in theory. Josh Sargent certainly seems happy to be on modelling duty.

Newly crowned MLS Cup winners NYCFC have a very busy design with the snowflakes, candy canes and giant club crests seemingly all fighting for space within the argyle pattern.

PSG have provided a couple of very different options for fans seeking a club-branded festive sweater. While their “Snowman Ultra” design will put you off your Christmas turkey, the Ligue 1 side have also produced a genuinely chic, tartan-tinged effort. Just to put the icing on the cake, it also glows in the dark.

Leipzig have melded their club crest and colours to create a perfectly pleasant sweater that Tyler Adams appears to be enjoying.

Los Blancos have really thrown everything at this design. A huge club crest is surrounded by a Fair Isle pattern with all kinds of elements, and the sweater even wishes the wearer a blanca navidad.

Southampton have gone one step further than Man United claiming Santa as a celebrity fan — the Saints have issued him his very own squad number at St Mary’s.

Just think, if former coach Nuno Espirito Santo could have held on for just a little longer, it might have been his lustrous beard gracing Spurs’ seasonal knitwear this Christmas

An honorable mention must go to US Cremonese as the Italian club have made a habit of going above and beyond in the festive clothing stakes.

This is the fifth year running that Cremonese have released a special Christmas jersey, with proceeds from sales of replicas donated to charity.

At the Stadio Giovanni Zini, this really is the most wonderful time of the year.