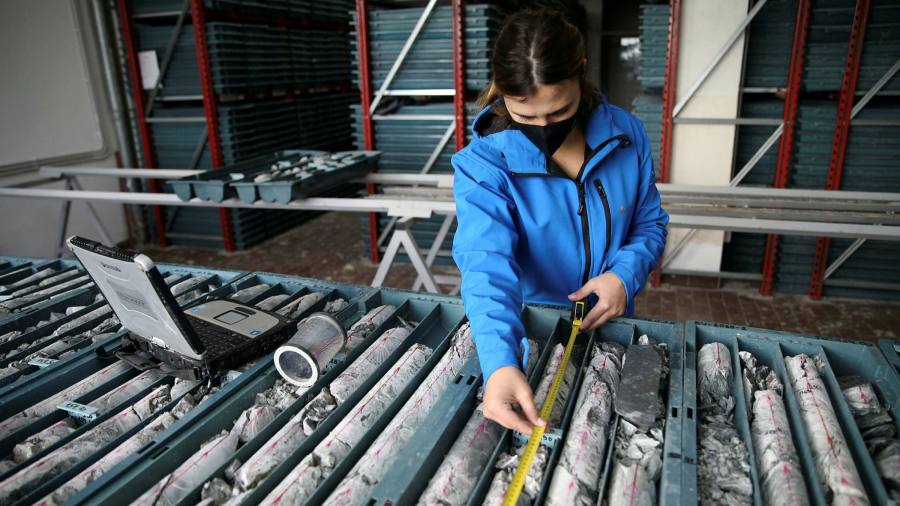 A company developing a silver and zinc deposit in Bosnia-Herzegovina has launched the biggest share sale this year by a London-listed mining company.

Adriatic Metals is seeking to raise $102m to complete development of the Vares underground mine, which is located 50km north of the country’s capital Sarajevo.

It has placed $52m worth of shares with private equity group Orion Mine Finance, which is also investing $120m in senior debt and $22.5m for a stream of future royalty payments.

At the same time, the company’s bankers will seek to place $80m worth of shares owned by Sandfire Resources, an Australian-listed copper producer that built a 16 per cent stake in Adriatic. Paul Cronin, Adriatic’s chief executive, also intends to sell 3m shares if demand is strong enough.

Unlike many countries in Europe, where it is becoming increasingly difficult to build a new mine, Bosnian policymakers are looking to attract foreign direct investment by offering a low corporate tax rate of 10 per cent.

On average it takes 16 years to permit and bring a new mine into production. If all goes to plan Adriatic should reach that milestone in four years.

“Europe needs new mining operations. Policymakers can see the pressure on supply chains,” said Cronin told the Financial Times. “But you don’t have to do it in a mega project way. I think our project demonstrates that.”

Adriatic’s prosed $244.5m financing package will support the biggest foreign direct investment into Bosnia since it was declared an independent state in the early 1990s.

“We welcome Adriatic Metals’ commitment to rebuilding Bosnia’s mining industry with the impending financing of the Vares silver project, which will be the largest single investment in the country’s metal mining history to date,” said Bosnia’s Prime Minister Fadil Novalić.

Cronin, a former banker, founded Adriatic in 2017 after he purchased exploration licences around the former mining town of Vares and started drilling. He had immediate success, discovering what is now called the Rupice deposit.

“When I went to Bosnia to evaluate these projects, I sat down at the Geological Institute and went through archived boxes that no one had even looked at before. We digitised it there and then and put it into our own software model,” he said

The high-grade core of the Rupice deposit will enable the company to recoup its investment in less than a year once the underground mine starts production in 2023.

While the price of silver has slipped 14 per cent this year, zinc, used to rustproof steel, has gained 15 per cent to a three-high above $32,000 a tonne on the back of strong manufacturing demand in China and the rest of the world.

Cronin is planning to use the cash generated by the mine to fund further exploration in the area, progress projects in Serbia and to fund acquisitions, primarily in Europe.

“We would like some battery metals. Certainly nickel but also cobalt. We will also look at precious metals. Silver has a part to play in decarbonisation, particularly as it is required in solar panels,” said Cronin.

Cronin said the company, which is also listed in Sydney and has a market value of $500m, will seek a premium listing on the London Stock Exchange, a move that would make it eligible for inclusion in prestigious FTSE indices.

Canaccord Genuity, RBC and Stifel Nicolaus are bookrunners for the share sale.