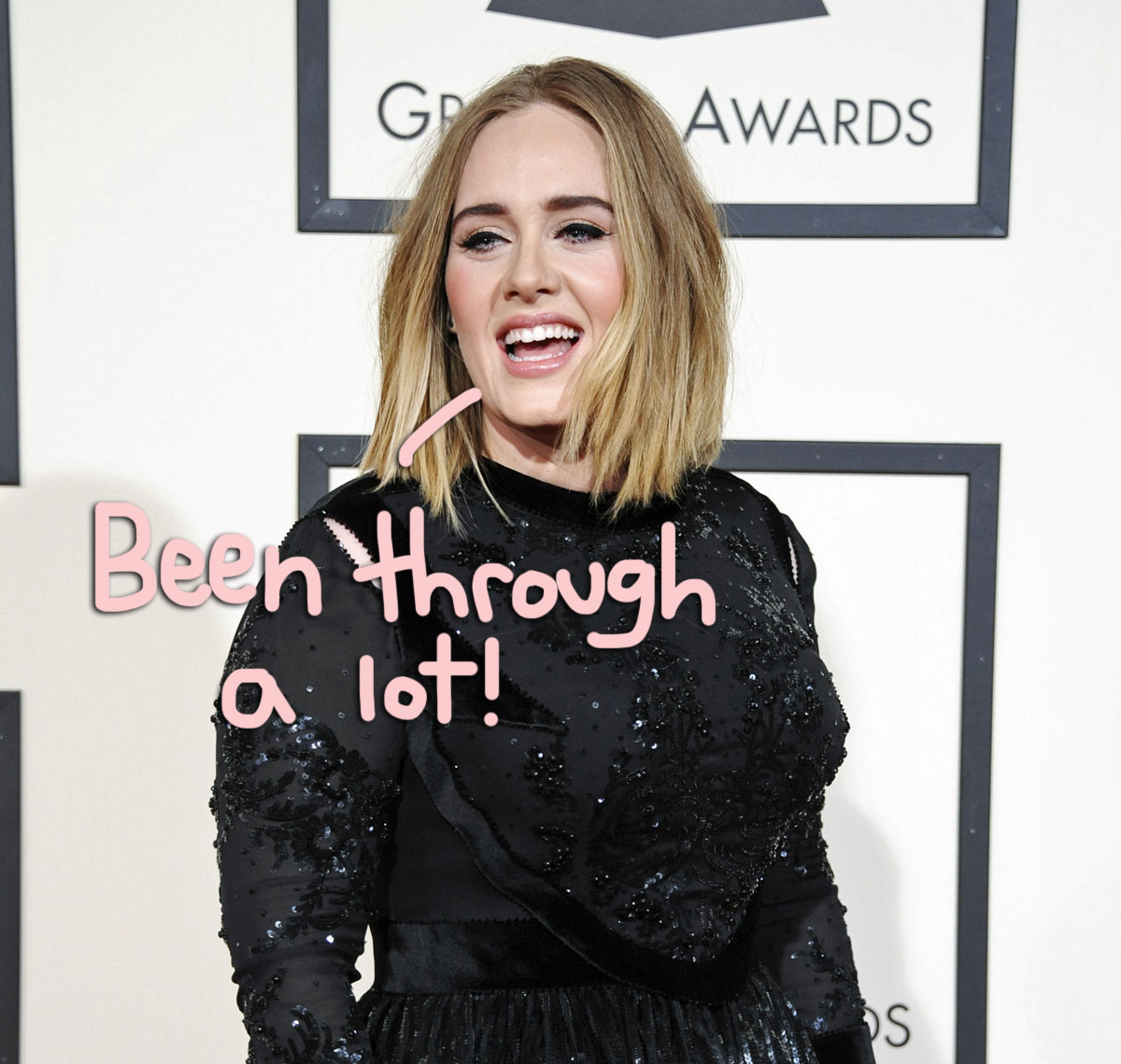 Adele is ready to make her big comeback, and she’s getting extremely candid before her new music drops!

In a new cover story for Vogue, the singer sat down to talk all things music, family, and yes, her divorce from Simon Konecki. The duo was married for two years before filing for divorce in 2019. They also share a son, Angelo, who believe it or not is now 9 years old! On Thursday, Adele opened up about almost everything — from what led to the split to how things are going these days!

For starters, it sounds like the pop star’s time in quarantine wasn’t as shocking as most of her friends since she had experienced a similar level of self-isolation and need to confront emotions the year before. She told the outlet:

“Everyone had to face a lot of their demons, because they had so much time on their hands with nothing to distract them. They had to face themselves in isolation. Whereas I did that the year before.”

But before we get to how she’s doing, what led to the big breakup in the first place?? In the years leading up to her split, she underwent vocal surgery in 2011 and had to cancel two huge shows at Wembley Stadium in 2017, which she claims kickstarted her “Year of Anxiety.” It also didn’t help that she had hit her “Saturn return,” which is when the planet fully orbits around the sun and returns to the position it was at when you were born (usually 27 to 32 years after your birth). While she’s not fully blaming the astrological milestone for her heartbreak, she did suggest:

“Then I hit my Saturn return. It’s where I lost the plot.”

Kind of like mercury being in retrograde, it can have a HUGE effect on people, Adele explained:

“When that comes, it can rock your life. It shakes you up a bit: Who am I? What do I want to do? What makes me truly happy? All those things.”

That’s when she realized that her relationship wasn’t meant to be — though she insists nobody did “anything wrong” to cause the split:

“I was just going through the motions and I wasn’t happy. Neither of us did anything wrong. Neither of us hurt each other or anything like that. It was just: I want my son to see me really love, and be loved. It’s really important to me.”

The Hello vocalist also admitted that she and Konecki broke up way before the public was ever aware, though she didn’t reveal how much earlier they had called it quits before she ultimately filed for divorce in 2019. Since then, she’s been rebuilding her life. She mused:

“I’ve been on my journey to find my true happiness ever since.”

Innerestingly, that has included revisiting old wounds, like issues with her father, who died from cancer in May. After her therapist encouraged her to “sit with my little seven-year-old self,” she had to “address how I felt when I was growing up” and how those feelings were getting in the way of her romance. The Grammy winner explained:

“Not being sure if someone who is supposed to love you loves you, and doesn’t prioritize you in any capacity when you’re little. You assume it and get used to it. So my relationship with men in general, my entire life, has always been: You’re going to hurt me, so I’ll hurt you first. It’s just toxic and prevents me from actually finding any happiness.”

That’s a lot to work through, for sure.

Life has been an uphill battle since the divorce, but the songwriter is learning to work through the challenges.

“I told my friend, I feel like I’m on a steep mountain, trying to get up to the top. And she was like, You will get there. And you’ll have a nice leisurely stroll down. And then there’ll be another f**king mountain. And I’m like, I’m not even over this one yet. And she was like, That’s just life.”

That said, things seem very hopeful these days for the exes and co-parents. Not only do they live across the street from each other, but they still meet up for family movie nights weekly. Wow! While Angelo has struggled with the transition, his momma is hopeful her pursuit of happiness will be worth it in the end.

“If I can reach the reason why I left, which was the pursuit of my own happiness, even though it made Angelo really unhappy—if I can find that happiness and he sees me in that happiness, then maybe I’ll be able to forgive myself for it.”

Oh, and for the record, she doesn’t plan to make a slandering divorce album either! She seems to have so much respect for Simon, admitting:

She takes full blame for the breakup, concluding:

“It was more me divorcing myself.”

Whoa! This is really one of the better divorce outcomes we’ve heard of lately! Great to know they’re still amicable, and we truly hope Adele finds her happiness in the end!! Thoughts? Share them in the comments (below)!