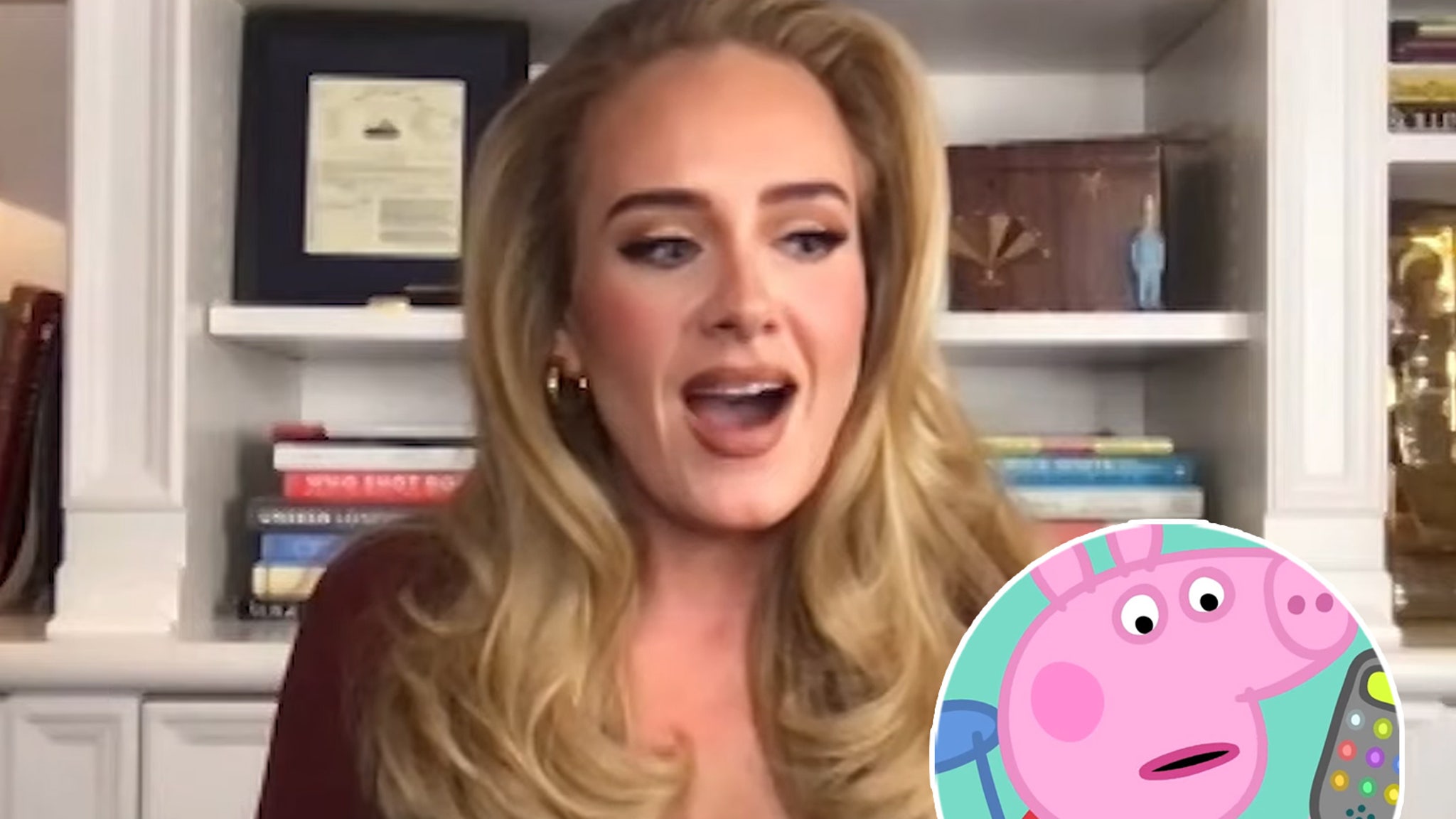 The singer also shared the surprising reactions from her three friends when they heard “Easy on Me” — and reveals the one star who’s heard the album.

Adele is back in the game with a new single “Easy on Me” and a new celebrity beef … with Peppa Pig?

During an interview with Capital FM, Adele was confronted by the porcine cartoon star after the British singer said in an Instagram Live she had no intention of ever recording a duet with Peppa.

“Hello Adele,” Peppa began in an animated clip before sharing a snort. “That made me really really sad when you said you wouldn’t collaborate with me. Why not? Don’t you like me?”

Adele responded by first hilariously calling out Peppa’s voice as different than the one she had “grown up with” watching the show with her son — likely meaning it wasn’t the actual Peppa who sent the message.

“I felt terrible the second I said it.”

Regarding her new single, Adele said she was happy to finally release “Easy on Me” as it was written and recorded back in 2019, per her interview with BBC Radio 1. Around that time, she sent a “snippet” of the song to three of her closet friends — and their reactions were priceless.

As for which A-list pals have already heard the entire album called “30”, which won’t be released until November 19, Adele revealed there was only one celebrity friend she sat down with for a private listening party.

“I played it to Drake maybe like last year when he was in town and I was like ‘Do you think this is like what people will want or not want?’ And he was like ‘absolutely’ and that’s it really.”

“I don’t send it around to various people and be like ‘Can I get your thoughts on this.'”