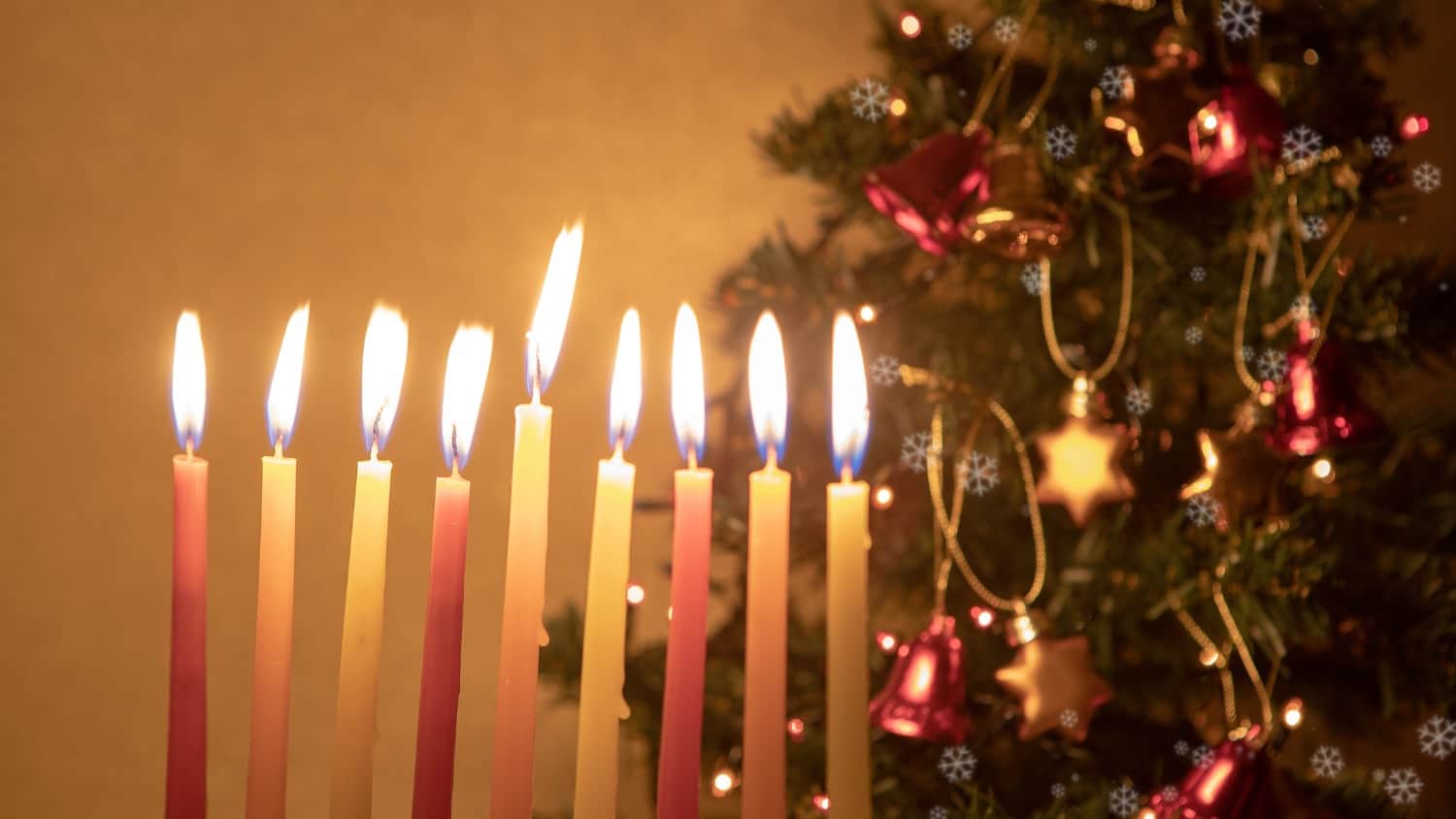 I’m traveling with a friend. We stop at an artist’s cooperative in a university town on our way back home. We spot a dizzying array of Christmas tree ornaments. As always, we ignore them – they have no relevance in our Jewish lives.

Abruptly, my friend stops in her tracks. “Actually,” she notes, “a Christmas tree does have some relevance in my life because one of my kids puts one up yearly. Do you think I should buy her and her family an ornament as an inclusive gesture of good holiday cheer?”

Confusion reigns down upon me. I have no idea how to answer her. What if she bought that adorable bagel Christmas tree ornament and sent it to her daughter to hang up as her kids decorated the tree? Would it be welcomed? Would it be in bad taste? Would it confuse her grandchildren? Would it chip away at her daughter’s commitment to raise her kids Jewish even though she is in an inter-faith marriage and has made a concession to her husband to yearly put up a tree?

My friend passes on the purchase, but the questions linger as we head home.

Ah! The December Dilemma – that treacherous time of year when multiple holidays collide and even people with good intentions can become embroiled in toxic misunderstandings.

And it’s no wonder so many of us wonder. From the Pew Research site, I gather the following information:

About four-in-ten married Jews (42%) have a non-Jewish spouse… intermarriage is almost nonexistent among married Orthodox Jews (2%), while nearly half of all non-Orthodox Jews who are married say their spouse is not Jewish (47%). Intermarriage is more common among those who have married in recent years: Among Jewish respondents who got married since the beginning of 2010, 61% have a non-Jewish spouse, compared with 18% of Jews who got married before 1980.

Spousal conversion rate among our buddies’ kids? Sticky issue. We don’t pry, so we deem it Unknown. But even if conversion renders the term intermarriage inapplicable, one still has the family of the converted spouse to deal with on matters of sharing traditions, holiday rituals and religious observances. It’s a complicated minefield.

Days pass and a barrage of thoughts continually assault me on how to both approach and celebrate the holidays in mixed marriage households with children.

I approach one of my favorite rabbis for counsel and guidance. Rabbi Gary Klein is Rabbi Emeritus at Temple Ahavat Shalom in Palm Harbor, Florida. Below are his thoughts:

It is important that Jews in interfaith families do not become confused and come to believe that both holidays can be theirs. A Jewish child growing up in an interfaith home can enjoy celebrating Christmas with his or her Christian parent, aunts and uncles and grandparents; but should not be taught that Christmas is his or her holiday. The same should hold true for a child being raised as a Christian in an interfaith family. They can enjoy the holiday of their Jewish family members; but not be expected and should not be taught to view it as their holiday; as there are huge differences in the fundamental teachings of Judaism and Christianity.

Children, at least as early as the time they reach middle school, can see that some of the major teachings of one religion contradict some of the major teachings of the other. It’s important for a child’s self-esteem that they feel that a certain synagogue or a certain church is their second home, that they belong there. But children will soon come to see, especially if they are raised believing that they are both Jewish and Christian, that they are neither, and won’t feel at home anywhere. They can, however, be Jews who love Christians and respect Christianity; or Christians who love Jews and respect Judaism.

We light the first candles on the Menorah on November 28, with Christmas closely following. Here’s to peace, tranquility and mutual respect during this holiday season. Let’s all remember that we are not the only ones experiencing the December Dilemma!

If you are part of a multi-cultural family, how do you build bridges of mutual respect and affection during the holiday season? What holidays are celebrated in your family?