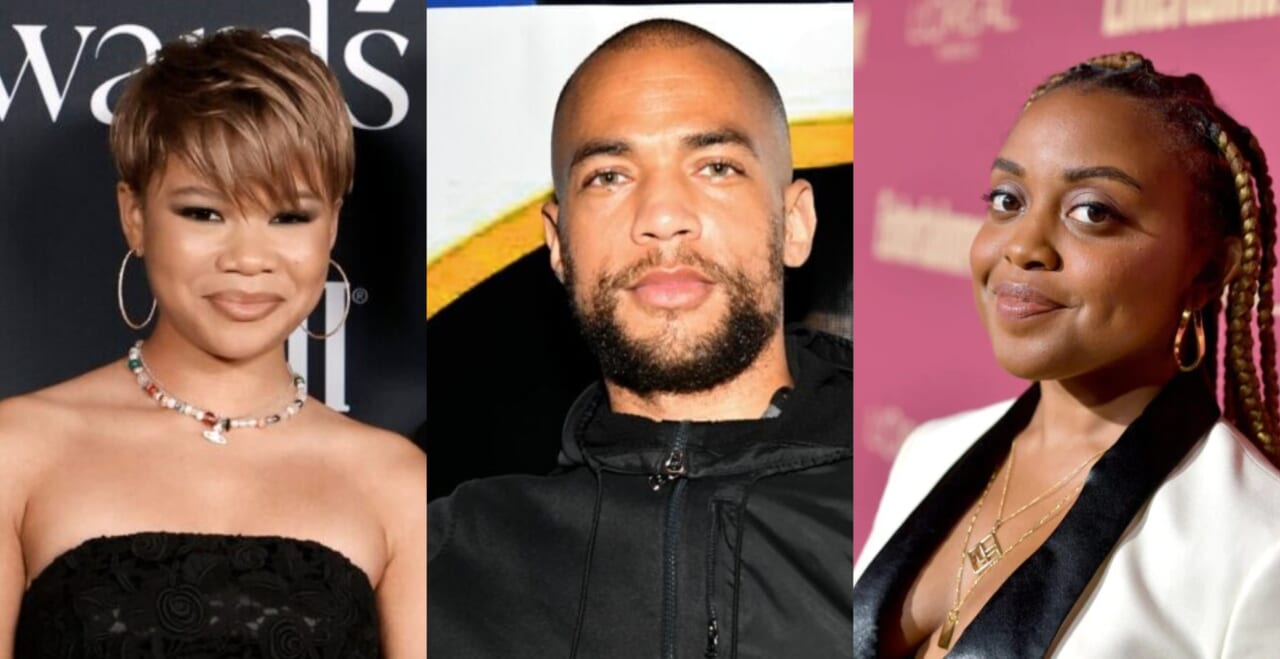 The four actors discussed making some of their projects about regular people, along with how they use their careers to bring attention to a social issue. Brunson was one of the first to touch on this as she revealed that her upcoming show, Abbott Elementary was inspired by her mother, who is an elementary teacher.

The actress talked about her mom holding parent-teacher conferences at her school, which is located in a not-so-safe neighborhood.

Brunson admitted that she and her mom “argue” about her staying almost as late as 8 p.m. after school to talk to these parents about their children. But when she was there to witness her mom in action for herself one day, it sparked the idea for her to come up with Abbott Elementary.

“My mom has just been so impactful. Grown people walk up to her who she doesn’t recognize and they’re like ‘Ms. Brunson you changed my life’ and she was their kindergarten teacher,” Brunson said. “I just thought, there’s just so much beauty in who we are every day as Black people and working-class Black people, which I just feel like I have seen media getting away from. It was moving away from the working-class family and moving toward the special family.”

To further clarify, she said, “I just felt like we were moving away from everyday people who still exist and are kind of being lost in these conversations. TV was getting very Twittery, and very liberal …. but not going inside to the people who are still doing the jobs that brought us here today. All of us had a teacher. That is the reason that we are here.”

In another segment of the panel discussion, the actors explained the responsibility they hold as performers when it comes to activism and the issues that take place in the world. Reid says she partakes in “artivism,” which is a cross between art and activism.

After making it clear that she feels she has not earned the right to call herself an activist, she addressed what she does at work to make sure she still raises awareness of different social issues.

The 18-year-old said she tries to be a part of “purposeful content” and “being of service within me being an actress and a producer.”

For Reid, that looks like being intentional with what projects she becomes involved with and whom she works with.

As for Sampson, who plays Nathan Campbell in HBO’s Insecure series, and who is also an activist himself, he is particular about what people he keeps in his environment.

“I surround myself with the right advisors and the right inspiration and the people – more than anything – the people that share my common values,” he said.

Sampson added that those people who share common beliefs and goals with him to reach liberation are his “checks and balances.”

Have you subscribed to the Grio podcasts, ‘Dear Culture’ or Acting Up? Download our newest episodes now!
TheGrio is now on Apple TV, Amazon Fire, and Roku. Download theGrio today!