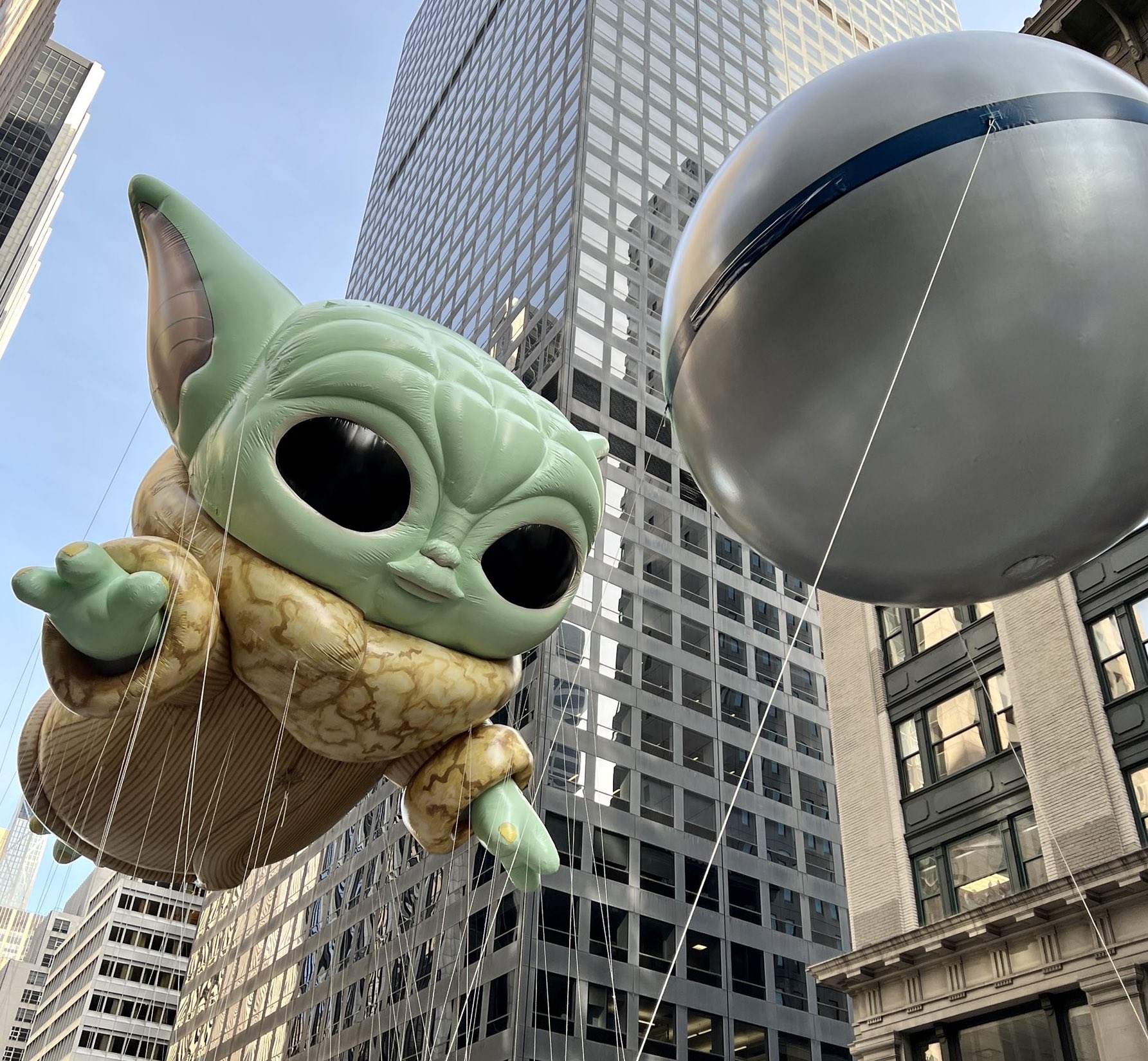 The Everett, Wash.-based pop culture products company played a popular part in the annual Macy’s Thanksgiving Day Parade in New York City on Thursday with a balloon of the character Grogu from the streaming Star Wars series “The Madalorian.”

Grogu — popularly known as Baby Yoda — was modeled after a real Funko Pop! figurine that fans can purchase for $15 in addition to several other limited edition products.

It’s the first time a Star Wars-themed balloon has ever been featured in the iconic parade, which was celebrating its 95th year on Thursday and was aired nationwide on NBC.

Funko collaborated with Macy’s and LucasFilm, and the department store was among those tweeting approval as the giant green Grogu flew by.

The Pop!-inspired balloon sailed down the streets of Manhattan at 41 feet high, 29 feet long and 37 feet wide.

Funko licenses characters from across the pop culture spectrum, including television, movies, comics, sports and more. Its Pop! figurines — which are about 40 and a half feet shorter than the parade balloon — are its signature product.