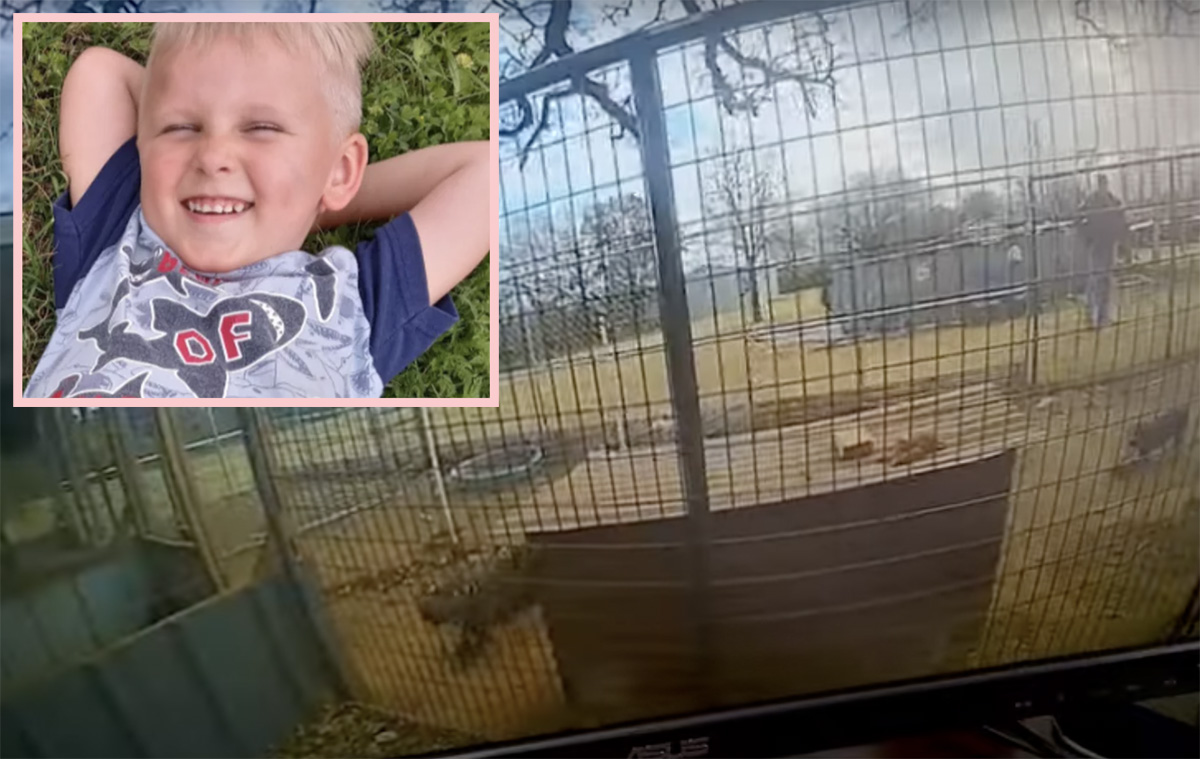 A 4-year-old boy in Oklahoma had his arm ripped off in a horrific dog attack that occurred last week when he was reportedly trying to pet some pit bull puppies.

Per reports, on Friday evening, Axel Foster (pictured in the inset, above) reached through a fence of a breeding pen in the backyard of his grandparents’ home in Tecumseh, Oklahoma when one of the pit bulls became aggressive, biting his arm and tearing it off.

First responders arrived quickly at the location (screenshot, above), discovering Foster and his grandmother in the front yard “with his entire right arm missing from the shoulder down.” As police officers applied a tourniquet to Foster’s shoulder, they began looking for the arm in the hopes that it could be saved.

According to the police report from the incident, one of the responding officers discovered that Foster’s arm was still in the pen with the dogs, writing (below):

“I could see the arm inside, and one of the puppies was trying to chew on it.”

Upon attempt to retrieve the arm, one of the adult dogs in the pen became so aggressive that officers reportedly had to shoot and kill it. According to Tecumseh PD Chief JR Kidney, who spoke to local news outlet KFOR about the situation (below):

“The child’s arm was still in the pen. … I’ve seen dog bites in the past and experience pretty brutal dog bites with children, but never a complete amputation.”

Foster’s mother, Destiny McDow, who was not at the location of the incident when it occurred, also spoke to KFOR about the terrible ordeal. She relayed to KFOR what happened after first responders arrived:

“We raced to the hospital. When we got there, the nurses confirmed his arm was dismembered from his body. He was undergoing surgery to have his arm reattached to his body… I don’t know what he’s going through. I never went through it. But he’s only a child. What if he doesn’t make it through?”

Thankfully, Axel did make it through surgery at OU Medical Center. Sadly, though, doctors’ attempts to reattach his arm “were not successful,” according to reports. So terrible… According to Chief Kidney, the child’s grandparents could face neglect charges in this instance if it is determined by investigation that he was unsupervised at the time.

Here is more on this terrible tragedy from KFOR (below):

Ugh. Our hearts go out to Axel and his family. Such an unimaginable, awful situation. You can support the family with their GoFundMe campaign for the boy HERE.