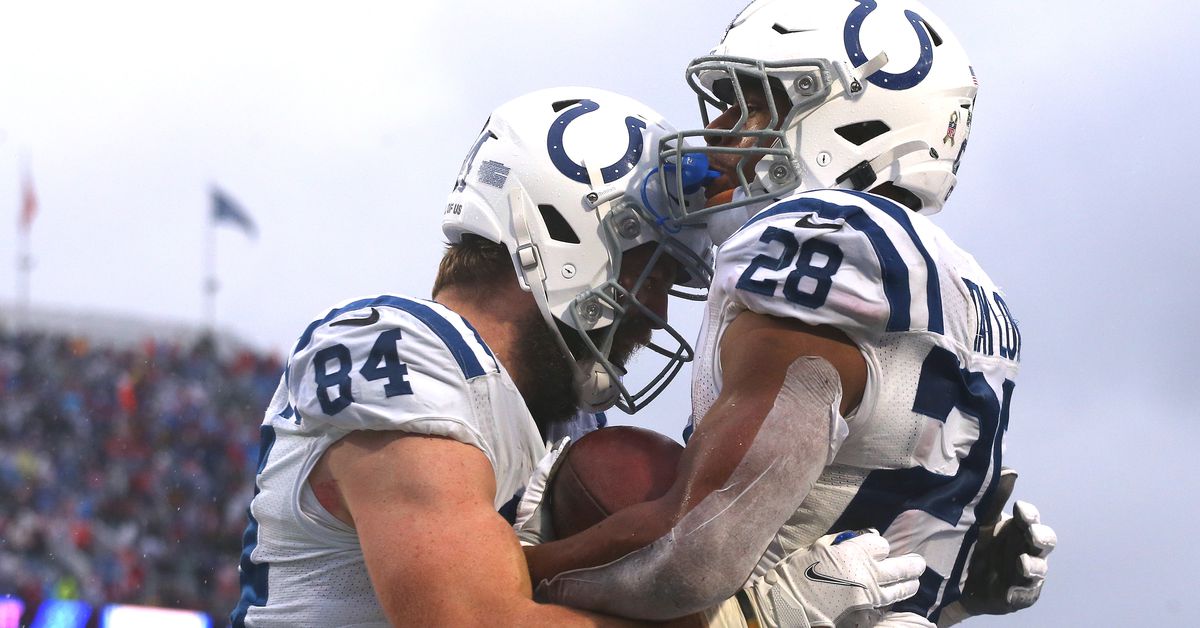 The AFC is a joke, and not even in a funny way anymore. Sure, at one point in time it was entertaining to goof about the unpredictability of the conference. Now it just feels like half the league no longer really wants it enough to put forth consistent effort to make it to the Super Bowl.

To a degree the same can be said about the NFC, because this whole season has been bizarre — but it’s not quite as pronounced. In the NFC it’s really good teams losing to middling teams, not elite teams absolutely blowing it against trash. I’d love to be upbeat about this. Shrug it off and say “wow, wackiness is fun” like I have for the last 10 weeks, but now it’s just getting damn annoying.

The Bills losing to Indy, sure I can see it. The Colts have been flying way under the radar for a 6-5 team, largely because there isn’t a single remarkable thing about Indianapolis outside of Jonathan Taylor, and we’ve become conditioned to ignore running backs. However, there is a far cry from “yeah, I could see Buffalo losing,” to “my God, they just got blown out 41-15.” That’s a team supposed to dominate. That’s a team who used up its freebie losing to Jacksonville. Now, I really have zero faith in the Bills to return to prominence. They’ve done that to themselves.

As remarkable as getting beat down 41-15 is, somehow it still wasn’t the most embarrassing loss in the conference on Sunday. Welcome to the show, Tennessee. It’s your turn now. An 8-2 team losing to a 1-8 opponent. Not just any opponent, but the damn Houston Texans. Do you know how much still it takes to look less functional than Houston? Do you know the amount of football depravity it takes to do THIS and still lose?

There is no football planet where the team on the left should beat the one on the right. Not a single one. This is the stat line of a beatdown, not an upset. Sure, the Titans lost because Ryan Tannehill forgot which team to throw the football to, but it’s still a mess.

I’m done counting on the Titans or Bills to do anything. They’re dead to me, and should be for everyone else who isn’t a fan of either team. I know that sounds harsh, but it’s intended to be. I cannot have any faith in two teams who collectively have lost to the Texans, Jets, and Jaguars.

The flip side to this is that there are teams waiting to pick over the AFC like buzzards, and they fly from the Northeast and Midwest.

Both the Patriots and Chiefs now find themselves in a really interesting position. Easy to be written off early in the season, things have turned on a dime. New England now leads the AFC East thanks to Buffalo’s bungle, while Kansas City — a team that was 3-4 a month ago, has now won four straight and is atop the AFC West.

Like old adages about giving someone too much time, so too the Chiefs and Patriots were given a buffer by the “elite” teams we championed earlier in the season. Now, while they’re struggling against bad teams, the Pats and Chiefs have risen to the top. It shouldn’t be too surprising considering the respective coaching brilliance of Bill Belichick and Andy Reid — but still, it sure is starting to feel as we reach the end of the season that we’re destined for another year where a Reid or Belichick team is representing the AFC in the Super Bowl.

There’s a lot of praise to go around when it comes to Washington this week, but there Ron Rivera had a little more oomph behind his performance. Sunday wasn’t the first meeting between Washington and Carolina since Rivera was axed, but this one had a little more meaning with Cam Newton returning to action.

All afternoon it felt like the coaching decisions Rivera made had an understanding of how best to attack the Panthers, especially when it came to challenging the Carolina defense. It’s not like Riverboat Ron called the plays, but the strategy felt heavily influenced by someone who knew the deficiencies of specific defenders on a deeper level that film would surface alone.

The end result was an impressive win by Washington for their second week in a row, and a very real change of a late-season playoff push for a wild card spot.

There really isn’t much to say here. Dallas was so flat and lifeless on offense that they couldn’t score 10 points against a very average Chiefs’ defense. The real shame here is that the Cowboys’ defense did a really great job containing Patrick Mahomes and taking away his weapons.

It’s not like this loss hurts Dallas much in the scheme of things, but it was just a bad game.

Don’s get it twisted: Newton was a beast on Sunday, and the only reason the Panthers had a shot at winning. His return to Bank of America Stadium was a beautiful moment this season, and Newton didn’t let down the fans who roared with approval when he made his entrance.

Newton made an impact right away, throwing a touchdown on the Panthers opening drive — then made a statement with a second, a 24 yard run where he took the snap out of the shotgun.

At the end of the day Newton finished 21-of-27 for 189 yards passing and two touchdowns, rushing for 46 and another score on the ground. It’s almost like Cam is good at football, who knew?

Justin Jefferson has been a huge beneficiary of the Vikings wild new concept of “giving Justin Jefferson the ball.” I know I’m be facetious, but for real, after last week’s win over the Chargers, Mike Zimmer told the media he informed Jefferson to be ready for lots of targets.

Call me crazy, but I kind of assumed that feeding the ball to one of the best young receivers in the NFL should have been part of the game plan starting Week 1? But what do I know?

Jefferson finished with 169 receiving yards and two touchdowns in the big win over the Packers, and now we can watch Minnesota’s march for a playoff spot. It absolutely feels like it’s happening, so once again Vikings fans can have hope spring eternal, before something devastating happening in the playoffs and losing by a field goal.