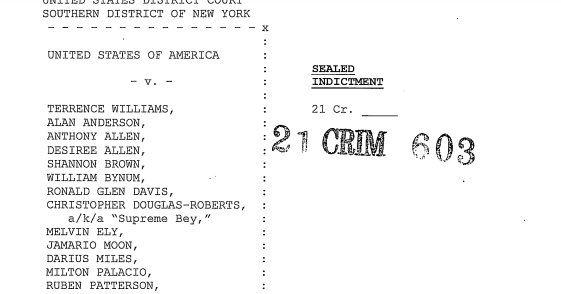 A huge group of former NBA players were arrested on federal insurance fraud and wire fraud charges after law enforcement discovered a plan by the group to defraud the NBA’s Health and Welfare Benefit Plan of $4 million.

The list of players, revealed by a Twitter user posting a photo of the official court document, contains the following names:

Terrance Williams, who was drafted by the Nets in the first round of the 2009 NBA Draft, is named as the “ring leader” in a report by NBC News. The plan allegedly circulated on filing reimbursement claims for medical and dental services, which were never rendered. Williams also allegedly pretended to be a health care provider when speaking about the plan to ensure payments were made to the group.

We will continue to update this story as information is made available.