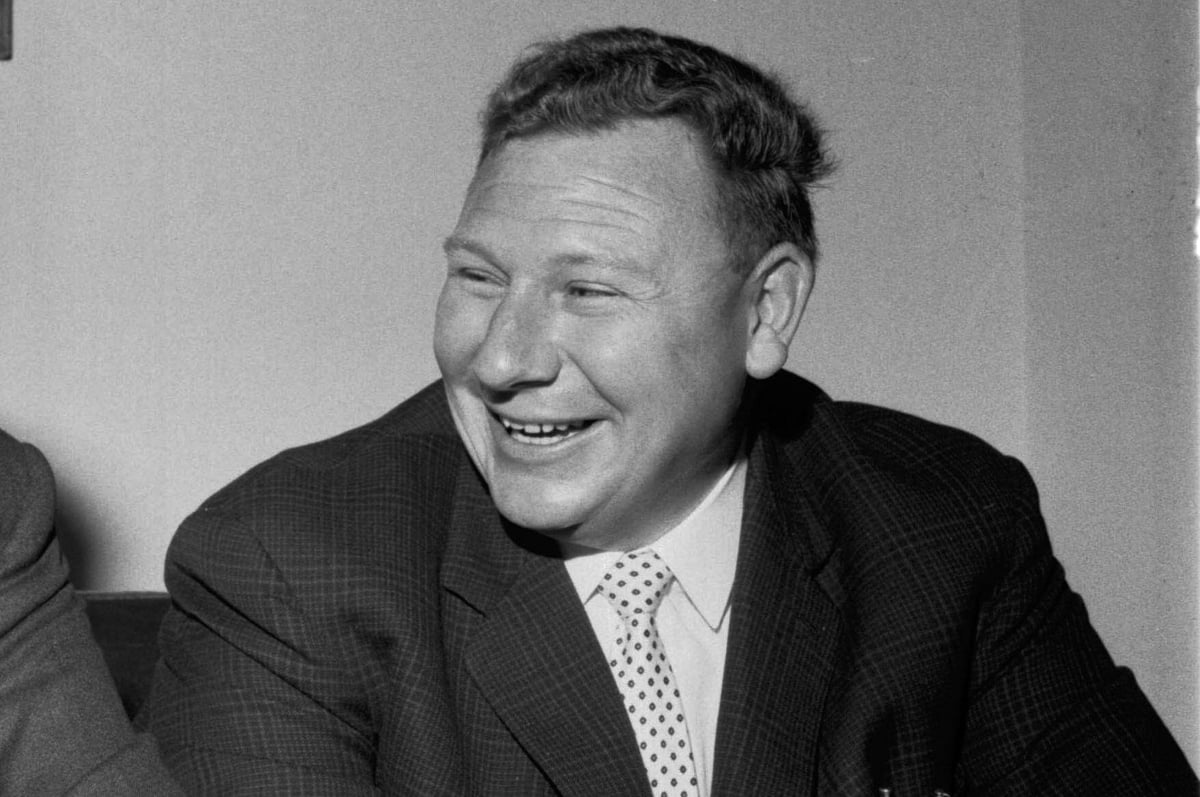 Liverpool paid Hibs £9000 for his services more than six decades before his grandson entered the Spanish villa in search of love and the £50,000 prize.

As well as Hibs and Liverpool, Tommy Younger played for Leeds United, Stoke City and Scotland – taking the gloves for the 1958 World Cup in Sweden. He continued an affinity with the game as manager of Falkirk and even held presidency of the Scottish Football Association in the 1980s.

A legend of the Easter Road club, where he made almost 200 appearances, he ended his career in Yorkshire at Elland Road either side of an intriguing and only spell as a manager – at Falkirk.

Returning north from three years at Anfield in a swap-deal for another goalkeeeper, Bert Slater, Younger assumed the uneviable task of replacing a Brockville legend, Reggie Smith two years after Falkirk’s Scottish Cup triumph over Kilmarnock – still their last in the competition 65 years later.

Younger took the reins at Brockville intent on playing as well as coaching, still aged just 29, but a back injury forced him out after the league cup campaign early in the season.

After a mere six games he needed a suitable replacement and spent the season searching for one capable of replacing a Scottish World Cup keeper – unsurprisingly to no avail.

It wasn’t for the want of trying though. Younger pitched in at least 11 other goalkeepers, uncertainty over some 1959 teamlines suggest it could be more, Hugh McPherson managed nine appearances, Billy Grubb seven to Younger’s six while there were fleeting appearances for several others in an unsettled season. Indeed Younger Snr also left his post in March, still unable to play as Falkirk finished mid-table.

Tommy Younger only spent one season as a manager – at Falkirk – but held positions in football beyond his playing days with Leeds United, Hibs and latterly the SFA.

It would prove his only managerial stint – though his football career was far from over, not yet.

Away from Falkirk his back injury healed, and went on to play in Wales and Canada before finishing up at Leeds where he moved into scouting and later on to Hibs as a director and club legend before moving to Park Gardens as a football administrator with the game’s governing body.