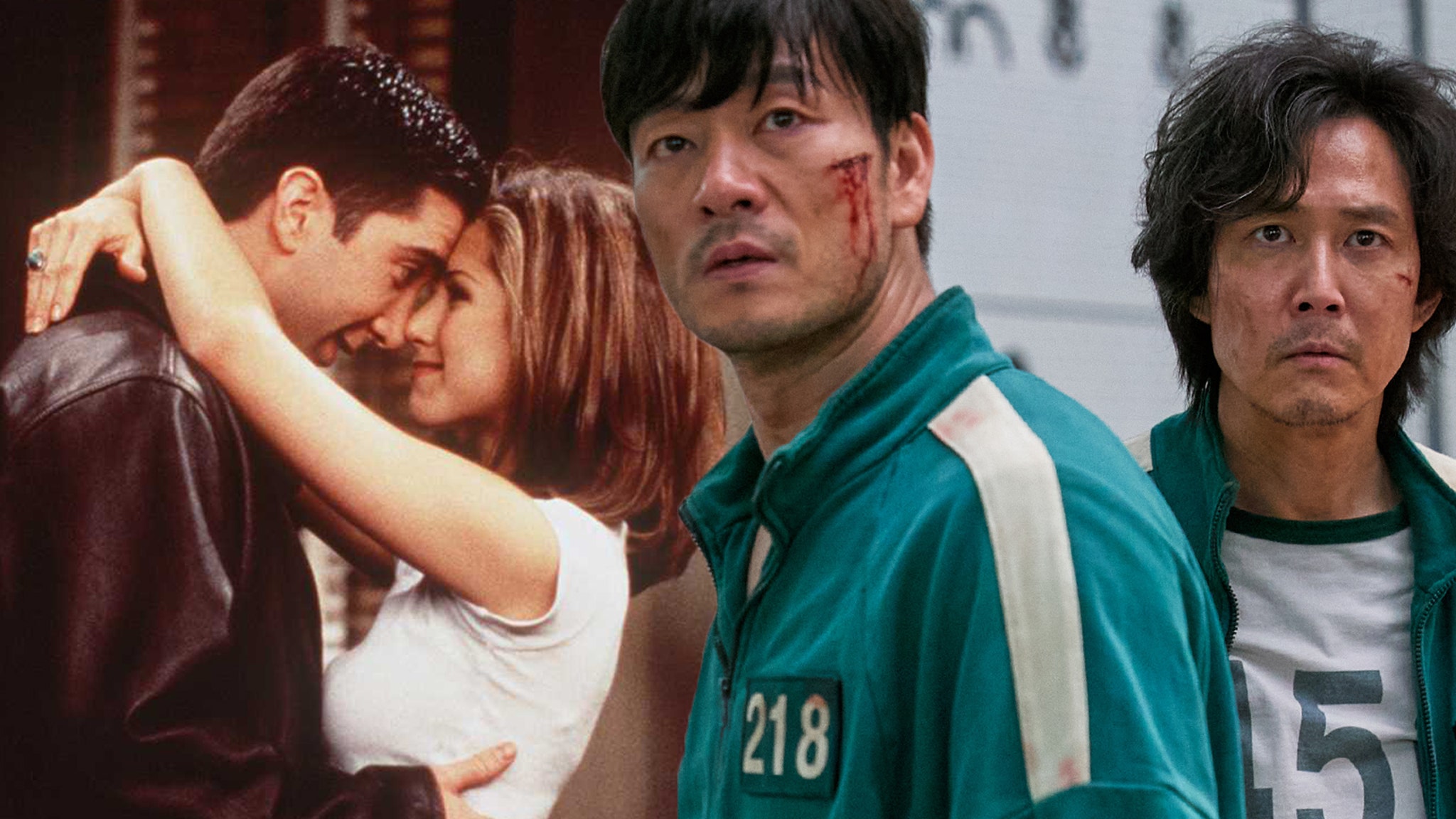 “We actually wrestled between two different scenarios for the ending.”

It’s always disappointing for fans when their favorite TV shows come to an end. But when the show has a really great finale, it can make things a little less upsetting. Wrapping up a series after years on the air is no easy task though and writers often go through numerous potential endings before settling on what fans get to see.

While some of those finales are satisfying to longtime fans, others leave viewers wishing there was another way to end things. And sometimes there is! Series like “Breaking Bad” and “How I Met Your Mother” all had entirely different endings that almost made it to air – and the writers behind the shows have thankfully spilled all about what could have been!

Read on to find out which shows could have ended differently…

After capturing the attention of the world, Netflix series “Squid Game” left viewers with a major cliffhanger ending. In the final moments of the show when Gi-hun could finally be with his family, he instead chooses to turn around and seek revenge on the game. Director Hwang Dong-hyuk says that it was an option to let Gi-hun to board the plane but ultimately it wasn’t the story they wanted to tell.

“We actually wrestled between two different scenarios for the ending. There was one, the other alternate ending, where Gi-hun would get on the plane and leave…We constantly asked ourselves, is it really right for Gi-hun to make the decision to leave and go see his family, to pursue his own happiness? Is that the right way for us to really propose the question or the message that we wanted to convey through the series? We came to the conclusion that the question that we wanted to propose cannot be done if he left on the plane. The question that we want to answer — why has the world come to what it is now? — can only be answered or can only be proposed if Gi-hun turned back and walked towards the camera,” Hwang told EW.

“Sex and the City” ended romantically for Carrie and Big, as the unavailable businessman finally professed his love. But creator Darren Star says that if it was up to him, Carrie would have chosen friendship over love.

“For me, in a way – and I didn’t [write] those last episodes – if you’re empowering other people to write and produce your show, you can’t…say certain things. At a certain point, you’ve got to let them follow their vision. But I think the show ultimately betrayed what it was about, which was that women don’t ultimately find happiness from marriage. Not that they can’t. But the show initially was going off script from the romantic comedies that had come before it. That’s what had made women so attached. At the end, it became a conventional romantic comedy. But unless you’re there to write every episode, you’re not going to get the ending you want,” Darren said in a “Kindle Singles“ interview.

“Breaking Bad” may take the cake when it comes to alternate endings. According to creator Vince Gilligan, there were quite a few other endings that were considered before they settled on Walt’s calculated plan for his own demise. Vince says that at one point the writers had 30 or 40 different permutations of the ending before narrowing it down to just a few sometime in the middle of shooting the final season. But 16 episodes before the finale, the team filmed a flash forward scene where Walt could be seen buying a massive gun in a Denny’s parking lot, so they knew that had to be a part of the plan. During their brainstorms, the writers toyed with the idea of Walt shooting up a prison bus or even the Albuquerque jail in order to rescue Jesse.

“We had so many versions of the ending, and we really had boxed ourselves into a certain number of corners well in advance of the ending. Out of cockiness or stupidity, 16 episodes from the end, we had Walter White show up in a beard, long hair, and a new set of glasses, buying an M60 machine gun in a Denny’s parking lot. We didn’t really know how we were going to get to that story point…We had so many crazy ideas. But the crazier ideas went away bit by bit and step by step as we kept filling in the blanks of each episode,” Vince told EW.

“Friends” creators David Crane and Marta Kauffman always knew they wanted Ross and Rachel to get together by the end of the series but didn’t want to make the conclusion to their story boring. In discussing potential endings, they considered the idea of the couple going their separate ways with an open ending that left space for them to get together in the future. Ultimately, David and Marta knew the couple had to end up together when the series wrapped – but it had to be creative.

“We did talk about, with Ross and Rachel, a gray area of where they aren’t together, but we hint there’s a sense that they might be down the road. But we thought, ‘No, if we’re going to do it, let’s do it.’ It’s the nature of our show. It’s not a show about grays. Let’s deliver not just what the audience wants, but what we want, which was to see them finally together,” David told EW.

“Hannah Montana” almost didn’t end with Miley deciding to give up her celebrity life to be Lilly’s roommate at Stanford. In an alternate ending included on the DVD of the final season, Miley and Lilly are about to head to Paris so Miley can film a major movie. At the last minute Lilly decides that she wants to go to college instead and the friends say their goodbyes. The episode then flashes back to a young Miley Cyrus in her room playing with a doll that looks a lot like Hannah Montana — implying that the whole thing was a figment of her imagination.

“How I Met Your Mother” had two possible endings and the team behind the show were still deciding what direction to go just days before the series finale aired. Ultimately, they chose an ending that turned the final season on its head, with the mother Tracy passing away and Ted reuniting with Robin after her divorce from Barney. In the alternate ending, fans would have seen what could have happened if Tracy didn’t die.

“16 days ago today we were in the HIMYM edit room, trying to decide between two very different endings. We only shot one script, but through edit room magic we had two possible outcomes for the series. We chose the ending we chose and we stand by it. But we loved the other version too,” co-creator Carter Bays wrote on Twitter.

“Seinfeld” ended with Jerry and the gang heading to jail after violating the Good Samaritan Law but they almost didn’t end up locked up. In an alternate ending that actually got filmed, the foursome were found not guilty and didn’t get put behind bars. Creator Larry David says he also considered several other ideas like the group simply running out of things to talk about or not even having a finale at all.

When the creators of “Parks and Recreation” were planning out the show’s future halfway through the series, they intended to make Andy the mayor of Pawnee by the end. Unfortunately, that didn’t pan out for Andy, but the finale did bring back many fan favorites.

“At one time, the end of the show was Andy is the mayor. That’s what we thought. He was going to shine everyone’s shoes and everyone who meets him loves him, and that’s why we kept him doing that for a while. And one point in season two or season three, we were like, ‘Andy’s going to be the mayor someday!” executive producer Mike Schur once said.

These Co-Stars Secretly Dated While Working Together

The creators of “Vampire Diaries” came up with an ending for the series during the show’s second season but because the series went on for eight years, they ended up having to change their original plan. While the finale that fans saw carried the same sentiment as their first idea, it concluded with only Stefan sacrificing himself. In the first iteration of the finale, both Damon and Stefan sacrificed themselves to save Elena.

“Back in season 2 when Kevin and I were sitting in the mall and we had fallen in love with this series and this story about two brothers who loved the same girl and the love triangle was kicking into high gear, we said to ourselves: When all is said and done, when this show is over, both brothers should die in the name of saving their girl and then be watching her like ghosts — because we had introduced the Other Side — as she went off into the sunset to live her life and maybe marry Matt Donovan or maybe become a doctor, but that those brothers would be side-by-side watching her live. That was the thing that made us cry all the tears in season 2,” creator Julie Plec told EW.

When “Gossip Girl” began filming, the show’s creators didn’t have a set idea as to which character would be the one behind the blog. But executive producer Joshua Safran says that up until the end of season two, he figured it would either be Eric van der Woodsen or Nate Archibald. Things had to change though when the New York Post revealed that Eric was the one to watch. Instead, they settled on Dan Humphrey at the end of the series.

“I always thought it was Eric until the end of Season 2, and I even guided it that way, but when the New York Post revealed it was Eric — and I still don’t know how that happened, I think they were just guessing — and we realized we couldn’t go down that road anymore, so we abandoned him,” Joshua told Vulture.