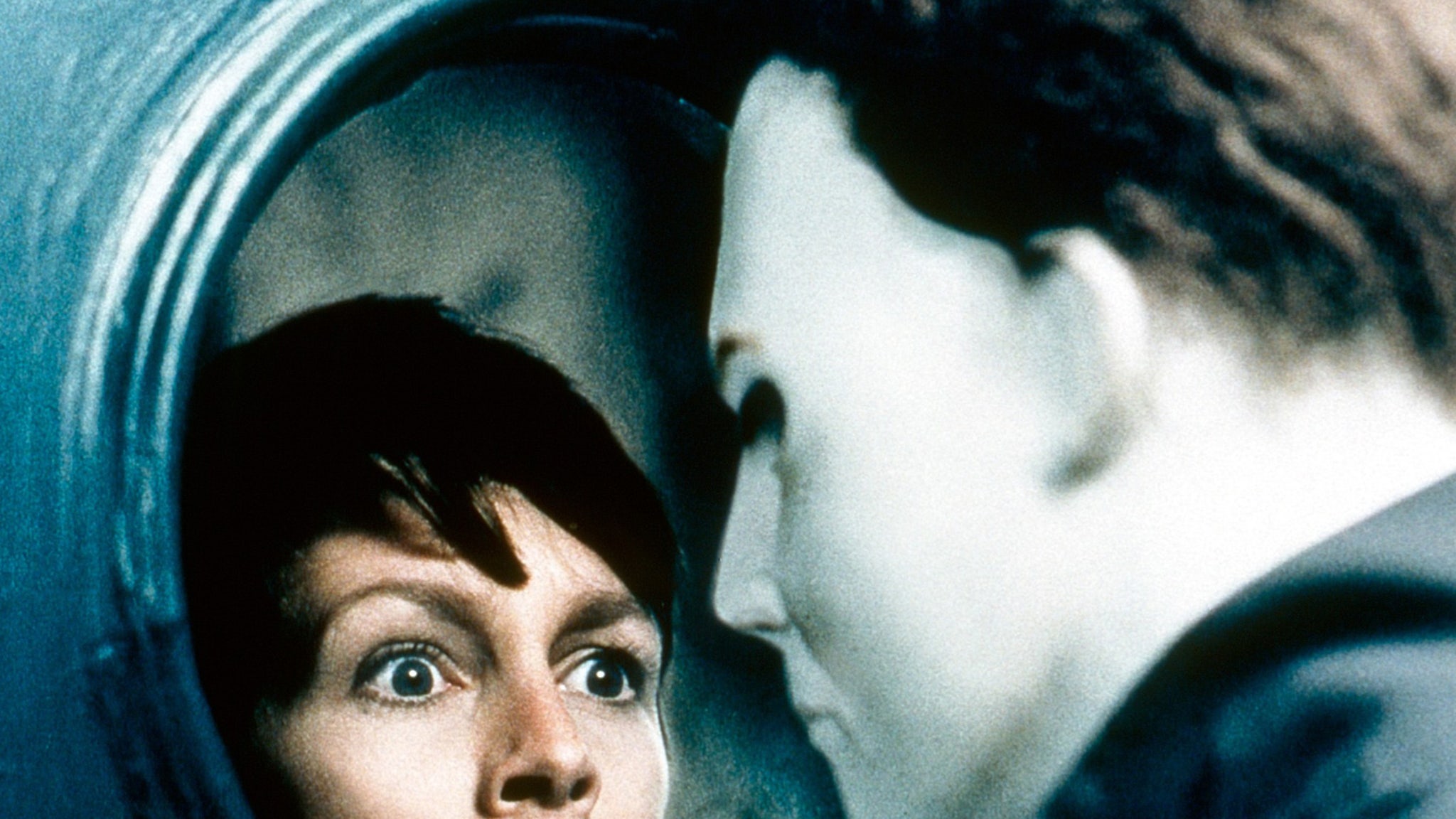 These haunting scenes will keep you up at night!

Masked murderer Michael Myers has been tormenting his victims for over 40 years but that doesn’t make every kill less terrifying. The mysterious villain has become one of the most iconic figures in horror, instilling fear into those who watch any of the 10 films featuring him that followed the original.

Whether Michael is eerily stalking his next victim, brutally murdering anyone who gets in his way or somehow narrowly avoiding those who attempt to hunt him down, there’s no doubt viewers are bound to be at the edge of their seat.

1. The Opening Moments of the Original “Halloween”

The opening scene of the original “Halloween” movie has become one of the most iconic moments in horror history, often replicated in other films. Viewers are first introduced to Michael Myers from his point of view as he enters a home, puts on a mask, and stabs a teenager to death. The scene only breaks away from Michael’s perspective to shockingly reveal that he’s actually a six-year-old child with a hauntingly blank gaze.

In “Halloween H20: 20 Years Later,” Laurie and Michael reunite for the first time in 20 years. While on the hunt for Laurie, who is now living under an assumed name, Michael first runs into her son (Josh Hartnett). In an intense scene, he chases down the teen and his girlfriend (Michelle Williams) as they run for cover in the school where Laurie is working. Cornered outside of a locked door, Laurie pulls the couple inside just in the knick of time. In a chilling moment, she comes face-to-face with her tormentor, separated solely by a glass window, only for him to disappear as quickly as he arrived.

Laurie first encounters Michael in a series of incidents where he’s eerily stalking her, beginning with a moment where he stands motionless outside of her school watching her. She later crosses paths with him when he tries to block her and her friends’ path on their way home. And in the most memorable moment, Michael creepily watches Laurie from outside of her home, standing among her sheets on the clothesline. Each moment instills an increasing sense of dread for viewers.

While jump scares and supernatural terrors can certainly frighten an audience, it’s some of Michael’s most realistic murders that are the most terrifying. Early on in the “Halloween” reboot, Michael inconspicuously makes his way from house to house in a neighborhood, breaking in and murdering those inside, without anyone noticing their cries for help. His complete ease of entering into someone’s home without them knowing and relentlessly taking their lives is what makes the scene so horrifying.

In the second film in the “Halloween” franchise, Michael invades Haddonfield Hospital in search of Laurie. Along the way, there are plenty of victims of his heinous murders — and plenty of nasty weapons for him to use. In one terrifying scene, especially for those with fear of needles, Michael kills a doctor by way of a syringe to the eye. When a nurse discovers the deceased doctor, she has no idea that Michael is still nearby, and she’s his next victim. He grabs her by surprise and plunges a needle into her temple, killing her as well.

In one of the most recent films in the franchise, Michael returns after being held in an institution for the past 40 years. As makes his way back into Laurie’s life, he first has a close encounter with her granddaughter on Halloween night. While she and her friend Oscar are heading home, they take a shortcut through some neighbor’s backyards. When Oscar begins drunkenly hitting on her, she leaves him in one of their yards — only for him to come across Michael, who is lurking in the shadows. As a motion sensor from the house turns the lights on and off, Oscar quickly realizes Michael isn’t the homeowner dressed up for Halloween. Each time the yard becomes illuminated, Michael is in a new spot and ultimately, he catches up to Oscar and stabs him from behind, before impaling him on a fence.

In Rob Zombie’s version of “Halloween II,” Laurie visits the hospital much like in the original film. In a dream sequence, she searches for her friend Annie, who had been badly injured by Michael. A nearby nurse (played by Octavia Spencer) attempts to stop her visit but is cut short when Michael appears and stabs her multiple times from behind. Not only is the death exceptionally gruesome, but the sounds were also horrifying.

Not all terrifying scenes need blood or gore. In fact, Dr. Loomis’ monologue about how disturbed he believed Michael to be, even after attempting to help him for many years, was truly frightening. What’s even more terrifying is the largely indifferent response from Sheriff Brackett, who doesn’t seem to be bothered enough to do something about the impending murders.

“I met him 15 years ago. I was told there was nothing left: no reason, no conscience, no understanding in even the most rudimentary sense of life or death, of good or evil, right or wrong. I met this…six-year-old child with this blank, pale, emotionless face, and…the blackest eyes — the Devil’s eyes. I spent eight years trying to reach him — and then another seven trying to keep him locked up. Because I realized that what was living behind that boy’s eyes was purely and simply…evil,” Dr. Loomis said in the scene.

9. Jamie Lloyd’s Death in “Halloween: The Curse of Michael Myers”

Jamie Lloyd survived two separate “Halloween” films, but was ultimately given a gruesome death in “Halloween: The Curse of Michael Myers.” After escaping a mysterious cult with her son, it is revealed that Michael is also under the influence of the group — who now have their sights set on Jamie’s son. Ultimately, she is chased down and cornered by Michael in a barn, who proceeds to impale her on a thresher. In her final words, she says Michael will never have her son, prompting him to horrifically turn the thresher on.

10. The Final Act of the Original “Halloween”

In the final 15 minutes of the original “Halloween” flick, Laurie Strode experiences unimaginable terror after hearing her friend Lynda being strangled over the phone. When she goes to investigate, she discovers the body of her friend Annie laying in bed — underneath the grave marker of Michael’s older sister Judith. Suddenly Michael’s other victims begin falling out of various hiding places, leaving her a nervous wreck until Michael, himself, appears from the shadows and she’s forced to fight for her life.