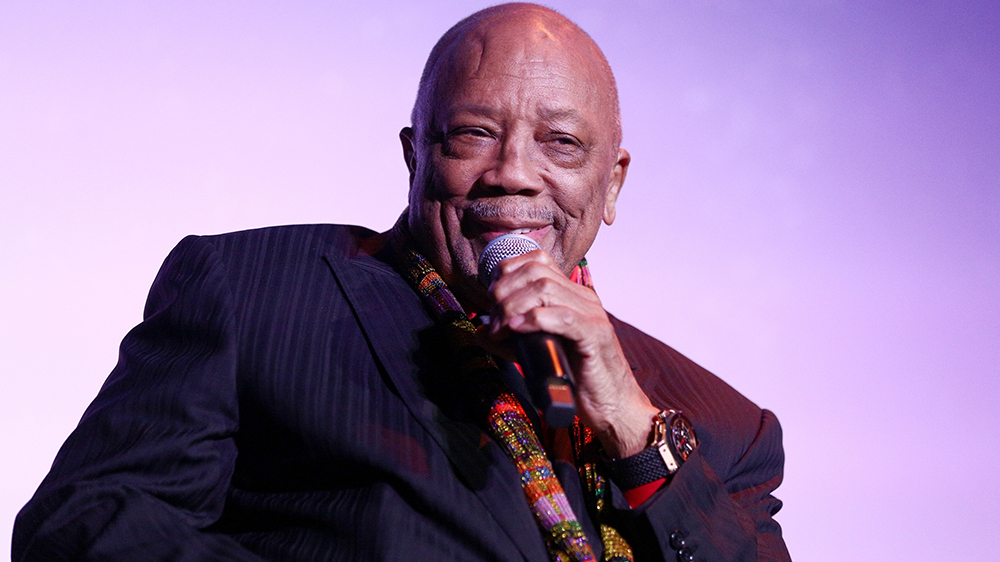 A few days ago, producer Timbaland attempted to galvanize the members of Beatclub, the global marketplace he founded to help producers and composers link with record labels, publishers, and fellow collaborators. He sent out a tweet implying that Quincy Jones got his biggest hit at age 50 by producing Michael Jackson’s 1982 album Thriller.

“Quincy Jones started producing when he was a teenager but he didn’t get his big hit ‘Thriller’ until he was 50 years old…You never know when your big break will come so never give up.”

It’s commendable that Timbaland was trying to inspire rising producers to persevere, but the tweet did a tremendous disservice to Jones’ legacy. First of all, Jones was 49 when Thriller was released, but that’s not even the worst part. The most unforgivable aspect of Tim’s tweet is the claim that Jones’ first “big hit” wasn’t achieved until he was an older man.

The collaboration of Jackson and Jones on Thriller was a perfect storm of deft musical experience and youthful innovation and exploration that’s still being copied today; going platinum 30 times over in America alone is a feat that may never be reached by someone else.

However, putting the unprecedented success of his collaboration with Jackson aside, Jones’ resume before 1982 was astounding and peerless. It was a legacy that would’ve put him in a class by himself had his career ended in the early 1980s.

Although Timbaland received a dragging on social media for making such an irresponsible assessment, it’s worth considering that if he thinks this way, many others probably do as well. So, in an effort to educate, theGrio is highlighting 10 things that made Jones a legend before recording Thriller.

In 1961, Jones became Vice President of Mercury Records. This made him the first Black American record executive ever to obtain such a high-ranking position. In the Netflix documentary Quincy, Jones cited that despite already having recording albums, and conducting and arranging for numerous artists at that point, the VP position at Mercury was “my first real job.”

By 1962, Jones was already an accomplished jazz artist as both a trumpet player and band conductor. That year, he released his 12 LP, Big Band Bossa Nova, comprised of Latin-tinged arrangements of jazz standards. Jones’ only original composition, “Soul Bossa Nova,” got new life in the 1990s as the theme of the Austin Powers film series.

During his tenure as VP of Mercury Records, Jones discovered a 16-year-old singer from New Jersey named Lesley Gore. In one of his earliest gigs as a pop music producer, the pair churned out the 1963 single “It’s My Party,” which went to number one on the Billboard 100 and became a pop music fixture for decades. It was the first of 16 hits they’d have together.

Conducted and Arranged “Fly Me To The Moon”

In 1964, Jones got a phone call from Frank Sinatra, inviting him to conduct and arrange It Might as Well Be Swing, an album Sinatra was recording with Count Basie. One of the songs on the album, “Fly Me to the Moon,” became an American standard and the song’s definitive version.

Jones gave up his job at Mercury to become a film composer, recognizing that Black movie composers in Hollywood were few and far between. His first score was Sidney Lumet’s 1964’s film The Pawnbroker. From there, he wrote scores for over 30 films, including In the Heat of the Night and In Cold Blood. By 1982, he earned four of his seven Academy Award nominations.

Besides becoming a go-to film composer, Jones was also sought out to compose scores and themes for television series. The most well-known of these projects is the “Theme to Ironside,” which was repurposed for the Quentin Tarantino film, Kill Bill, the score for the Award-winning mini-series Roots, and the theme to the sitcom Sanford & Son, “The Street Beater.”

Until Jay-Z surpassed him this year, Jones was the most Grammy-nominated artist in history, currently sitting at 80 nominations and 28 wins. Before Thriller had its big night at the 1984 ceremony, Jones had similar success at the award show as an artist, producer, and composer –garnering 10 wins and over 40 nominations.

The sonic signature that many artists have attributed to Thriller was first cultivated by Jones in the late 1970s. Assembling his team of musicians, writers, and engineers, the sleek, adventurous, dynamic production style that became his trademark presented itself with smash records like George Benson’s “Give Me The Night,” Rufus and Chaka Khan’s “Do You Love What You Feel,” The Brothers Johnson’s “Stomp” and Patti Austin’s “Baby Come To Me.”

Thriller is perhaps the most popular project among the mainstream that Jones has worked on. But he and Jackson sparked four years prior on the set of The Wiz. While producing Jackson on songs like “You Can’t Win” and “Ease on Down the Road,” the template for their collaboration began to form. A year later, Jones produced Jackson’s Off The Wall, which became the first album with four top 10 Billboard 100 singles on its way to being the biggest selling album by a Black solo artist ever at the time with seven million copies sold.